Texas Rep. Kay Granger canceled her future town hall meetings due to "so many threats" 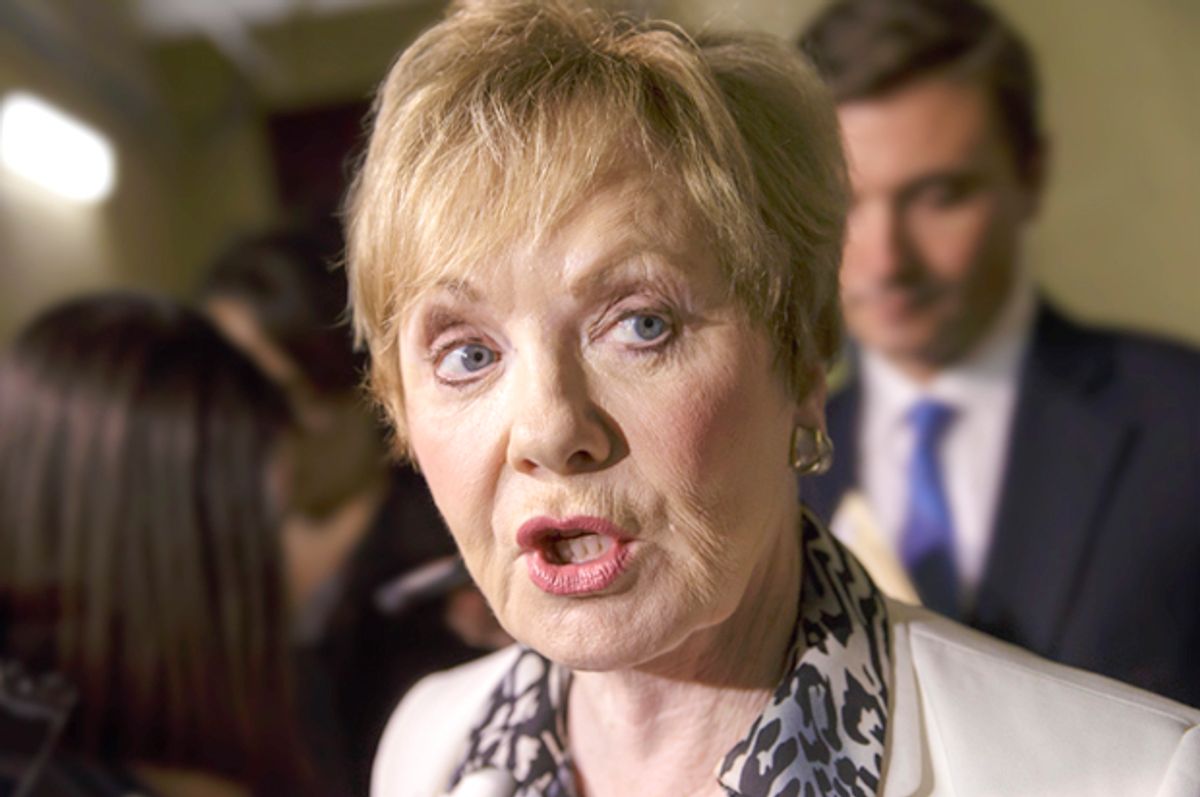 A Republican congresswoman from Texas is citing the recent shooting of House Majority Whip Steve Scalise as a reason for not holding town hall meetings with her constituents.

"I wish we could have a town hall meeting and engage with others," said Granger, who serves as chairwoman of the House Appropriations Defense Subcommittee. But, she added, "there are so many threats going on."

Granger recently explained to the Fort Worth Star-Telegram, "I was at a wedding and a man came up and just accosted me — ‘When are you going to have a town hall meeting?’ We’re at a wedding.”

She added that she explained to the man that his behavior contributed to her reasons for not wanting to host a town hall meeting. As she put it, she wasn't scheduling them "because of people like you. You’re screaming at me at a wedding. I said I’m not going to put my staff and myself in situations that really aren’t safe right now."

Scalise was injured during a shooting at a congressional baseball practice last month. A bullet struck him in the left hip and seriously injured him. He remains hospitalized to this day.

Rep. Jeff Duncan of South Carolina later said that he encountered the gunman in the parking lot shortly before the shooting. James T. Hodgkinson "asked me if the team practicing was a Democrat or a Republican team. I told him they were Republicans. He said, ‘O.K., thanks,’ turned around."

Hodgkinson was killed by law enforcement officers at the scene of the shooting.