WATCH: Youth advocate Jim St. Germain: "There are a lot of kids out there hurting" 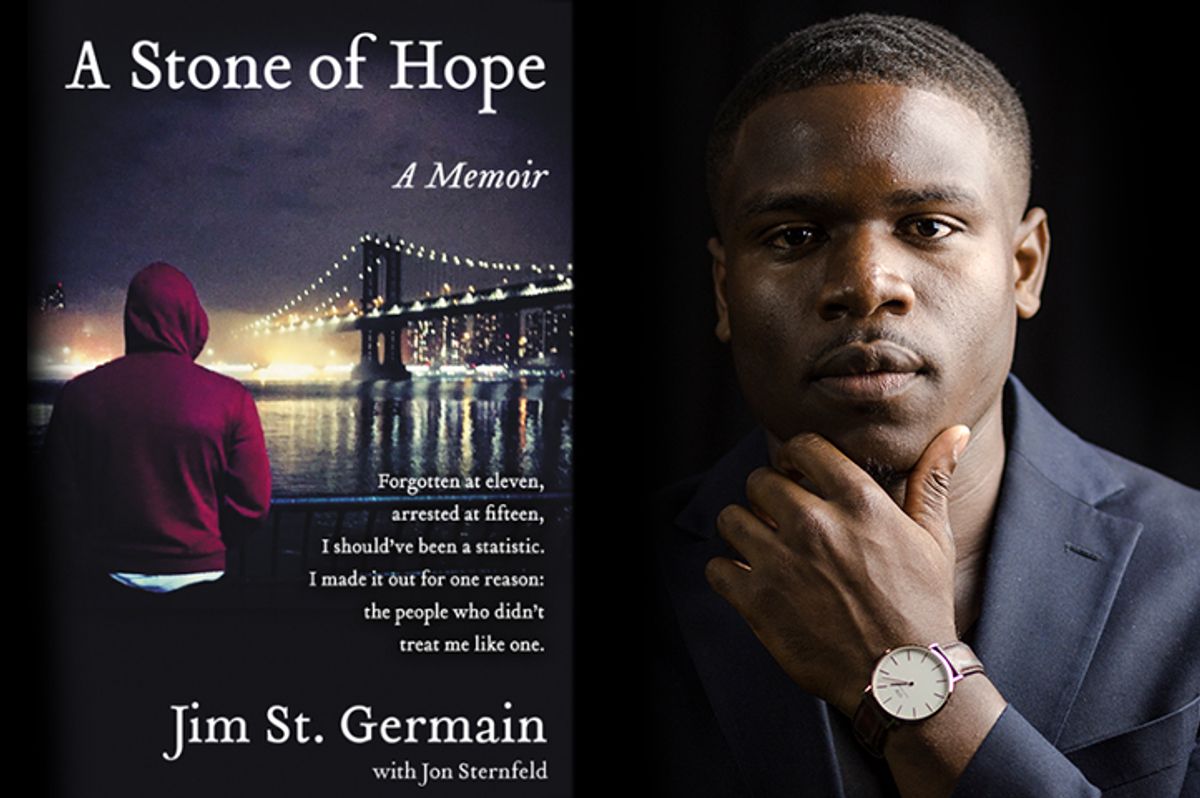 Jim St. Germain came to America from Haiti at the tender age of 10. Like many young immigrants, he thought the streets would be paved with gold and opportunities were abundant; however, he discovered the opposite. St. Germain's family struggled to make money early on. Some of those struggles poured over into his neighborhood and affected his schoolwork. After St. Germain discovered football and received attention as a talented athlete, he believed he had found a way to deliver his family from their rough situation. Unfortunately, a career-ending wrist injury rerouted his plans, and by age 15 he was selling drugs on the streets of Brooklyn.

The street life sent St. Germain through the juvenile justice system plenty of times. Being too young to be tried as an adult saved him. If he had been just a few months older, he says, he would have been housed with grown men and denied the social opportunities that helped him experience real rehabilitation.

Today, as an author and youth advocate, St. Germain uses his story to challenge the system and create better realities for young offenders. He stopped by Salon Talks to speak about his work with youth reform and his memoir “A Stone of Hope.”

"This is a call for action, literally," St. Germain said about his book. "You have youngsters walking around the streets who have boundless potential. They just need someone to look at them and say, 'Yo, I care about you.' There are a lot of kids out there hurting. Hurt people hurt people, they don’t have families -- they don’t have the vessels that they need around, like some of us grew up with."