The actor will play Colonel Nathan R. Jessup in a live — yes, live — adaptation of Aaron Sorkin's play on NBC 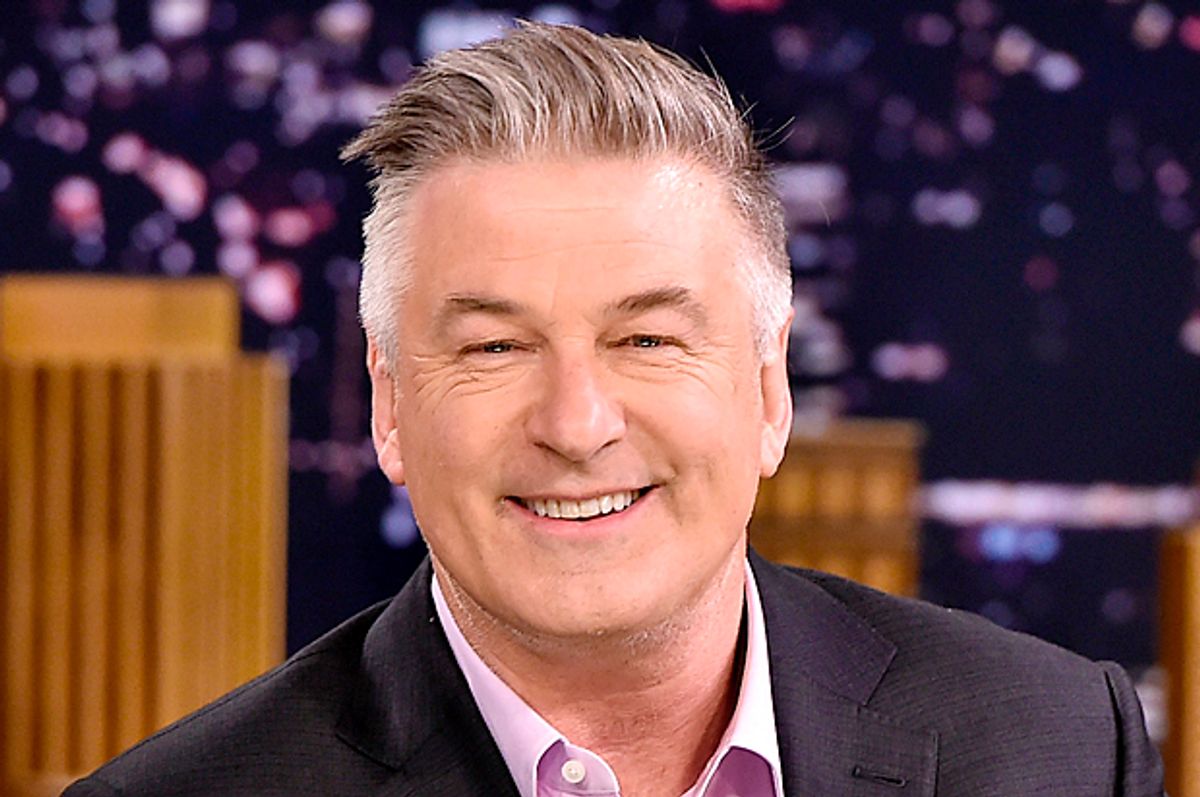 Among his many talents, actor Alec Baldwin has a certain rare capacity for launching into flights of rage. That skill, along with his intimidating stage-whisper growl, will no doubt be put to good effect when he stars as Colonel Nathan R. Jessup in a live — yes, live — adaptation of Aaron Sorkin's 1989 play, "A Few Good Men," coming to NBC in 2018.

Baldwin steps into the role made famous and highly, highly quotable by Jack Nicholson in the 1992 Rob Reiner film version of the play starring Tom Cruise and Demi Moore. The play — and the film — are loose adaptions of real-life events that transpired in 1986 at the U.S. Guantanamo Bay Naval Base perched on Cuba's southern end.

Robert Greenblatt, chairman of NBC Entertainment said in a statement, “Alec Baldwin is the gift that keeps on giving at NBC, and we’re excited to have him starring in Aaron Sorkin’s towering work as we expand our live theater imprint beyond musicals.” Greenblatt is referring not only to the actor's work on the network's beloved and acclaimed program "30 Rock," but his frequent appearances on "Saturday Night Live". Baldwin's turn as President Donald Trump this season won rave reviews as well as two Primetime Emmy Awards nominations.

Greenblatt continued, “No stranger to live television, Alec is the most multi-faceted actor in the world and his range is incomparable. He will put his own inimitable stamp on the role of Col. Jessep in a play that is still as surprising and relevant as ever, from one of the most gifted writers working today.”

The writer he's referring to, Aaron Sorkin, will adapt his own theatrical work into the production's teleplay. Sorkin himself has deep roots with NBC, having co-created the network's acclaimed "The West Wing" and the less successful "Studio 60 on the Sunset Strip."

A new staging of the 1989 play could indeed be, "relevant as ever". The setting remains the contested, controversial "Gitmo" base where — still — the U.S. imprisons "enemy non-combatants" collected from the long-running, extensive "War on Terror." The play also focuses on the moral questions raised by following orders in an immoral system and the price we all pay for protection. Viewers should look to see whether those and other resonances land in the new production.

The event also marks the first attempt at non-musical drama in the new, burgeoning trend of onscreen, live adaptations of theatrical works. While networks did indeed broadcast existing and original dramas in the past — "Twelve Angry Men" being a particular highlight — it is a vein untapped in the past couple of generations. Past live productions on NBC have included "Peter Pan," "Grease," "The Sound of Music," "Hairspray" and "The Wiz".