One of the women who is reportedly part of a "sex cult" run by R. Kelly has denied it, but the story isn't over yet 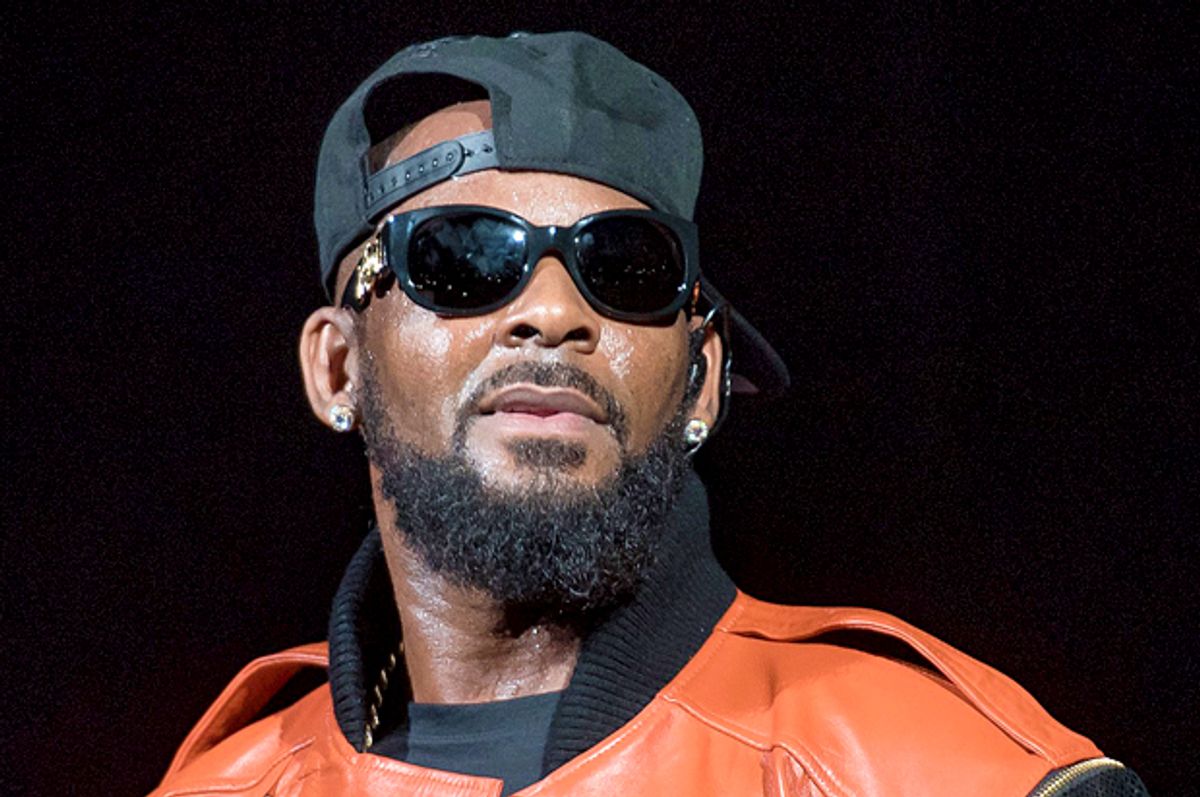 A woman who was reported as being held in a "sex cult" by famous R. Kelly has released a statement claiming such stories are false.

During a video interview with TMZ, Jocelyn Savage told the site that "I just mainly want to say that I am in a happy place with my life and I'm not being brainwashed or anything like that." She described the accusations against Kelly as having gotten "out of hand" and said she wanted both her parents and the rest of the world to know that she's "totally fine." When asked if she felt she had been held hostage or forced to do things against her will, she definitely said "No."

This contradicts a recent story by BuzzFeed reporter Jim DeRogatis, who names three members of R. Kelly's inner circle — Kitti Jones, Cheryl Mack, and Asante McGee — and claims that they have described the signer as holding six women as sexual hostages in rented properties in Chicago and the Atlanta suburbs. They claim that in this sex cult Kelly controls every aspect of the women's lives, from what they eat and when they sleep to the nature of their recorded sexual encounters.

In response to these allegations, Kelly's lawyer Linda Mensch told People Magazine that "Mr. Robert Kelly is both alarmed and disturbed at the recent revelations attributed to him. Mr. Kelly unequivocally denies such allegations and will work diligently and forcibly to pursue his accusers and clear his name."

Following the release of Buzzfeed's report, the internet became bitterly divided over the story.

Timothy Savage, Jocelyn's father, stated in a Tuesday interview with TMZ that if Kelly is truly innocent, he should "file the lawsuit — so everybody can see your dirty laundry."

BuzzFeed reporter Jim DeRogatis has been covering R. Kelly's alleged sex crimes for more than a decade. These include accusations that he used his fame to sleep with underage girls, produced a tape of Kelly engaging in a sex act with an underage girl and that he had married Aaliyah when she was only 15-years-old.