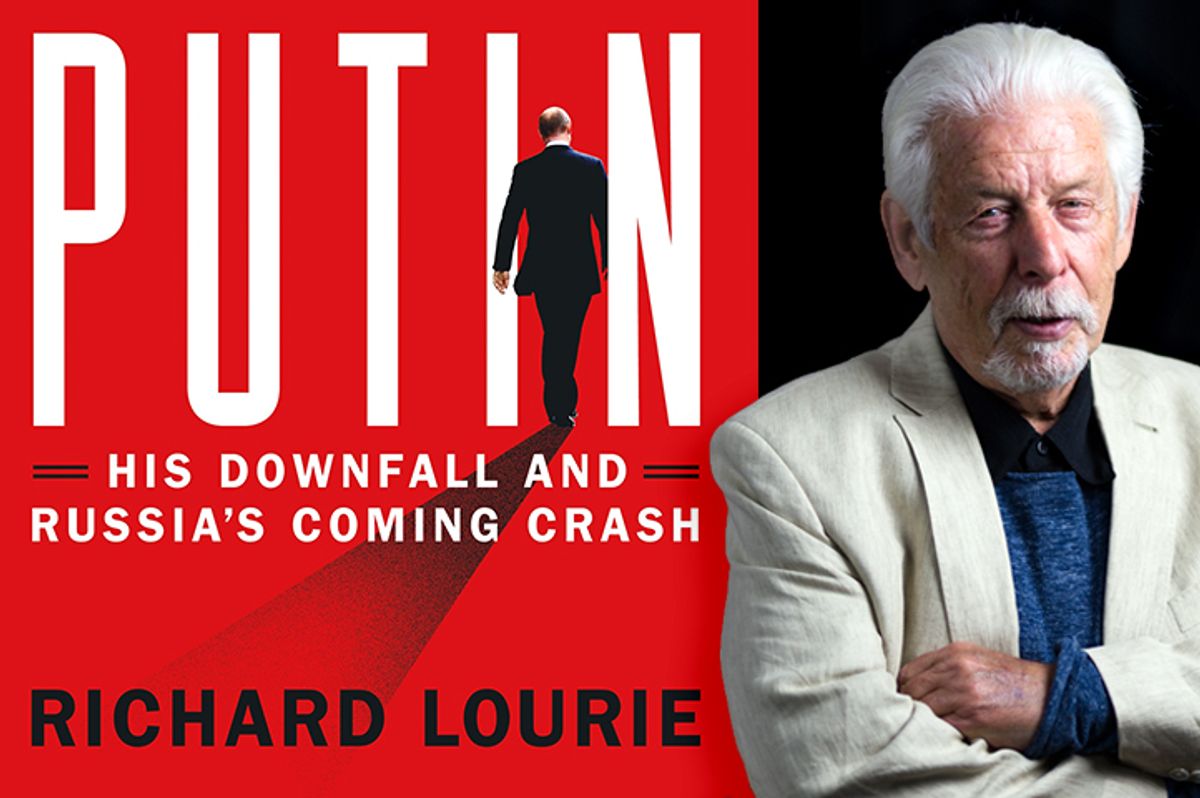 Salon Talks sat down with Richard Lourie to discuss his book, “Putin: His Downfall and Russia’s Coming Crash.” Lourie argues that Vladimir Putin’s Russia will collapse, just as Imperial Russia did in 1917 and the Soviet Union did in 1991. He cites the Russian president’s failure to move the nation’s economy from an oil and gas state to an information-based one. Lourie also speculates on how the United States could respond to reported Russian election meddling.

How will Putin go down in history?

“To my mind, he lost his great historic opportunity to change Russia from a gas and oil authoritarian, top-down rule, a ‘petrostate’ -- and to turn it into a high-tech, knowledge-based economy .. .I think he’ll be quickly forgotten, he’ll be like [Former Communist Party General Secretary Leonid] Brezhnev -- known for serving long but without great distinction. At the moment, of course, his name is on everybody’s lips, but that changes fast.”

Why do you see the Russian economy collapsing in the future?

“The Russians have staked everything on gas and oil; they were afraid to make the transition, which I say is Putin’s great historical failure. Say the house that Putin built collapses because ... the price of oil becomes trivial, it becomes 88 cents a barrel. Then what do they got? ... They don’t make things that people want besides vodka.”

How can the United States respond to the Russian hacking of the 2016 election?

“I’m very interested in the natural gas thing, I think it’s really the way to hit the Russians hard: To say, ‘If you’re going to fool around in our electoral process as you have, we’re going to make a concerted effort to make Europe quickly independent of your gas and give a major blow to your economy, so cool it.’ We’ll put some sanctions on various people and various institutions as well, but this is a body blow that we can deliver.”