Jones is perhaps best known as the star of 2016's highest grossing movie, "Rogue One: A Star Wars Story" 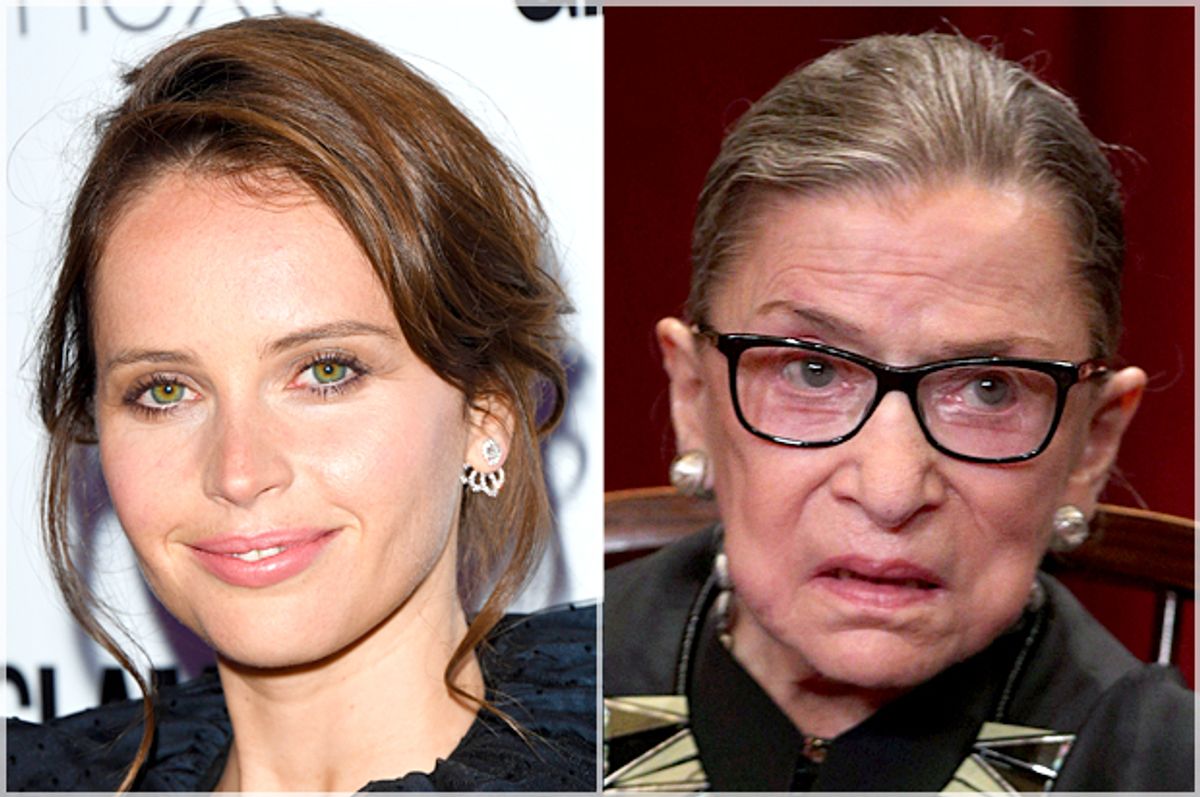 Felicity Jones, fresh off her performance as the hero of "Rogue One: A Star Wars Story," is now about to play someone who is a real-life hero to many — Supreme Court Justice Ruth Bader Ginsburg — in a forthcoming biopic.

The film, called "On the Basis of Sex," is set to commence filming in Montreal this September, according to a report by Deadline Hollywood. It will be directed by Mimi Leder, a veteran behind the camera whose most prominent credit is the 1998 comet disaster movie "Deep Impact." The script, written by art director Daniel Stiepleman, made the 2014 Black List, a yearly collection of the best un-produced screenplays floating around the Hollywood system.

Focus Features has been developing the Ginsburg biopic since 2015, according to Vulture. Natalie Portman was originally cast to play the titular role, but ultimately withdrew, leaving the slot open for Felicity Jones to fill.

Ginsburg has gained a surprising amount of cultural cache among millennials due to her outspoken progressivism and feminism. She has even developed a cool nickname, the Notorious RBG, a play off of one of the stage names for the rapper Biggie Smalls, the Notorious BIG.

In explaining her cultural appeal, biographers Irin Carmon and Shana Knizhnik told Rolling Stone that "she's fought for ideals that even today may seem pretty radical, and at the time were simply unheard of: the idea that marriage could be an egalitarian institution, the idea that gender norms really don't mean anything and are not helpful to anyone."

They added, "One of the quotes we have in the book is that if she didn't have this sort of conventional, traditional life with a husband and children, she would be seen as a flaming radical because of what she was working for."