See the trailer for Guillermo del Toro's gross, lovely "The Shape of Water"

The new film out in December features a mermaid, secret government experiments and love 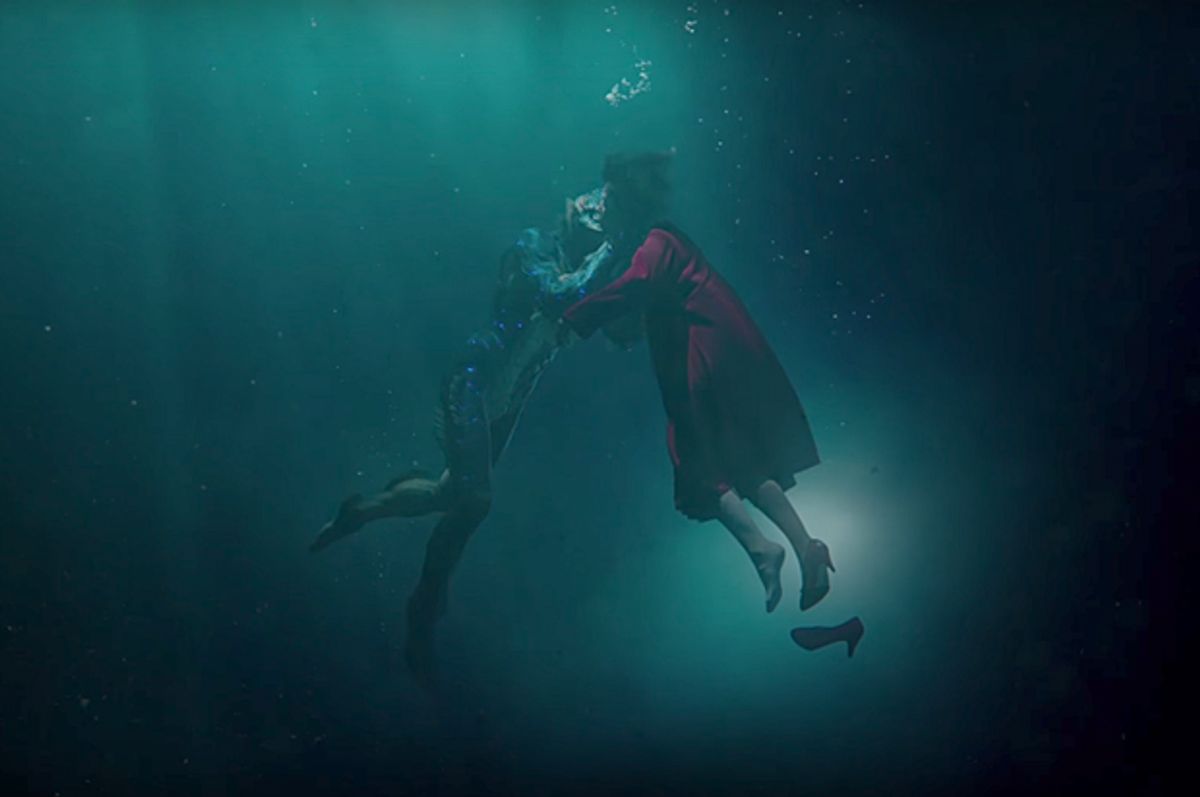 The first trailer for horror master Guillermo del Toro's followup to 2015's "Crimson Peak," "The Shape of Water" arrived Wednesday, and not a moment too soon for fans of the director's rare and curious take on the eldritch and unusual.

"The Shape of Water" stars British actor Sally Hawkins as Elisa, a mute woman who is "trapped in a life of silence and isolation — whose  life is changed forever when she and co-worker Zelda (played by Octavia Spencer) discover a secret classified experiment," according to Variety. Hawkins can be seen in the trailer, tediously cleaning a '60s-era secret government facility.

As the plot begins to unwind Hawkins develops some form of connection with a aquatic, caged experimental creator. "When he looks at me, he doesn’t know how I am incomplete," Hawkins explained through sign language. "He sees me as I am."

The "he" is, as it turns out, is a merman — that is, a male mermaid — which should come as no surprise for those who have seen del Toro's previous mashups of fairytale wonder and horror including "Pan's Labyrinth," "Cronos," "The Devil's Backbone" and both "Hellboy" movies.

Respected character actors Michael Shannon, Richard Jenkins, Michael Stuhlbarg and Nick Searcy are all along for the ride as well, according to Variety. Del Toro is already at work on the long-awaited followup to his 2013 robots-and-monsters blockbuster, "Pacific Rim," currently titled "Pacific Rim: Uprising".

"The Shape of Water," distributed by Fox Searchlight, hits theaters on December 8.