What did Ivanka Trump know about Jared Kushner's foreign contacts? 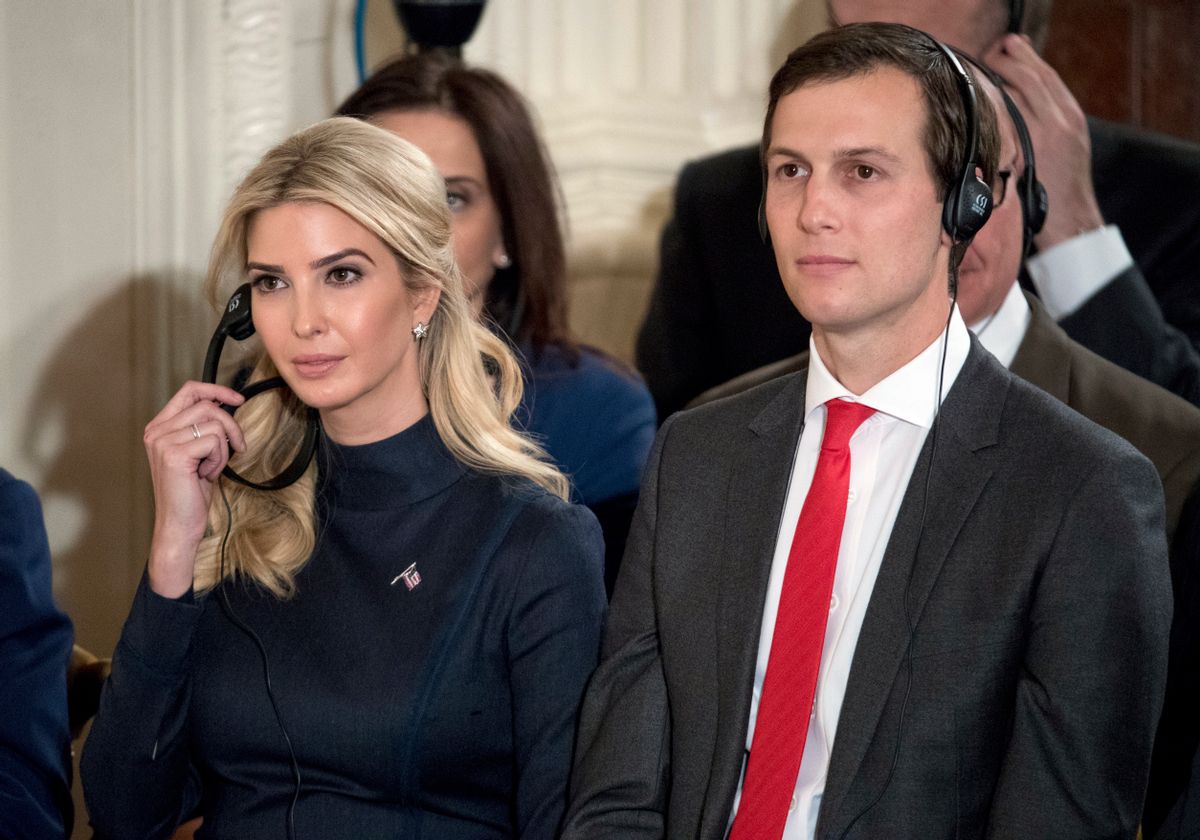 A Democratic congressman is determined to find out whether Ivanka Trump, the daughter of President Donald Trump as well as one of his top advisers, disclosed the meetings between her husband Jared Kushner and Russian contacts in her security clearance application.

Virginia Rep. Don Beyer is one of 22 Democrats who have sent a letter to acting FBI Director Andrew McCabe, asking him to "conduct a review" of whether Trump violated federal law in filling out her forms to get her security clearance.

"Section 19 of the SF-86 form requires security clearance holders to disclose foreign contacts and meetings by spouses and close relatives," the letter said. Beyer then pointed out that, because Kushner did not disclose his Russian contacts, it was reasonable to ask whether Ivanka Trump had disclosed them in her own form.

"Lack of candor, particularly regarding contacts with Russian officials, has been a significant issue for the Trump administration," wrote Beyer. "We learned last week that Ms. Trump's husband, Jared Kushner, and brother Donald Trump Jr. met with Russian lawyer Natalia Veselnitskaya and others, including a former Russian counter-intelligence officer, for the purpose of obtaining damaging information about Hillary Clinton."

Among the questions the Democrats want to know are: "Did she disclose her husband's meeting with [Russian ambassador Sergey] Kislyak and Gorkov? Did she disclose her brother's and husband's meeting with Veselnitskaya? Did she accurately disclose her own foreign contacts in her initial filing, which reports suggest may be numerous? If in fact she did accurately disclose these meetings, who at the White House knew of Mr. Kushner's and Mr. Trump Jr.'s multiple contacts with Russian officials before they were made public?"

Breyer added, "And, most importantly, did she discuss any of these meetings with the president, and, if so, when?"