Oh dear, here's the trailer for that Charlie Sheen 9/11 movie 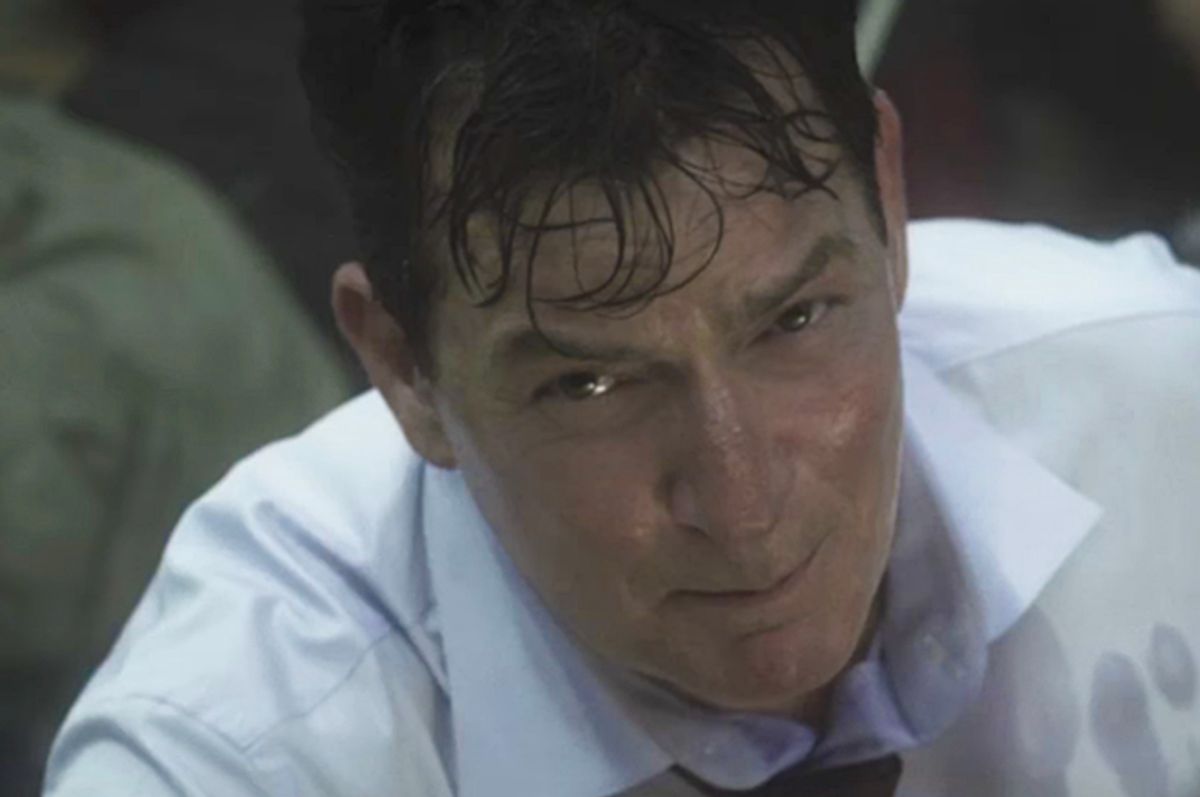 Early reports of a forthcoming film about the September 11, 2001 terror attacks starring Charlie Sheen were met with equal measures of skepticism, eye rolling and sincere hopes that the entire project would disappear into the ether. Today, we have the trailer for that film, titled rather boldly "9/11".

Based on the stage play "Elevator" by Patrick Carson, "9/11" follows fictionalized characters played by Sheen, Gina Gershon, Luis Guzman, Wood Harris and others as they attempt to escape one of the towers of the World Trade Center on the morning of the attacks in what appears to be a highly melodramatic narrative.

According to the trailer — available only in a Japanese version with Japanese narration — the players find themselves trapped in an elevator in one of the towers with only moments left before the buildings collapse. Whoopi Goldberg, by all appearances, plays a World Trade Center maintenance monitor in communication with the captives.

Helming "9/11" is relative unknown Martin Guigui. Of his 21 directing credits on IMBb, 10 are unreleased or in development and only seven appear to be feature-length, none of them on a subject with gravity approaching the largest, most deadly terror attacks on American soil.

In the past, Sheen has expressed strong doubts about the veracity of the U.S. government narrative of the 9/11 attacks. As Rolling Stone notes, he told media host Alex Jones that he believes several of the buildings destroyed during the events were brought down by controlled demolitions in 2006. That same year, Sheen appeared at a conference of 9/11 "truthers" — individuals who believe that the attacks were a "false flag" event perhaps perpetrated by the U.S. government — and repeated his doubts during an appearance on "Jimmy Kimmel Live!".

Whether Sheen still believes any of those notions or whether those beliefs will inform his performance or the plot of "9/11" is unknown. The film is currently slotted for limited release September 8.