The vague, evidence-free announcement from Musk follows a pattern of unsubstantiated hype over stolen ideas 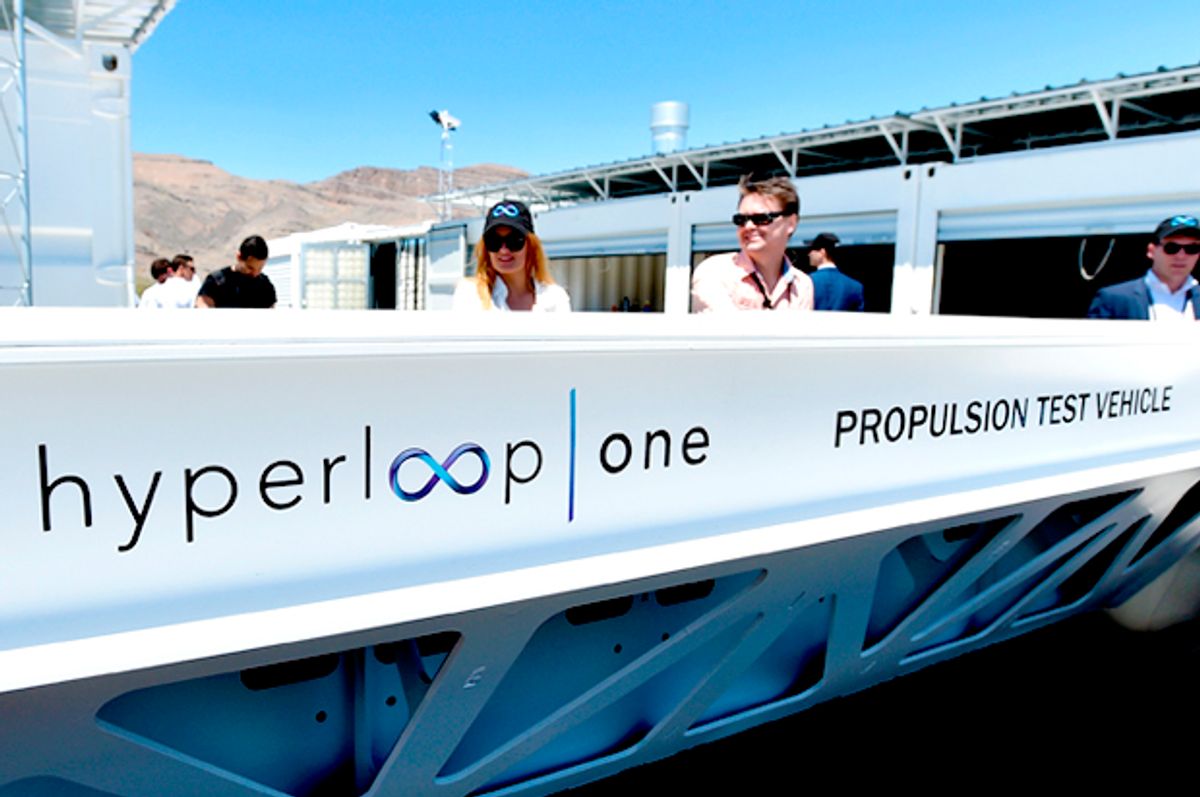 Elon Musk, CEO of SpaceX and Tesla Inc., announced on Twitter today that he had "verbal approval" from Donald Trump's federal government to build an underground tunnel from New York City to Washington, D.C. for his evacuated tube transit concept, known as the Hyperloop.

Musk's tweet was scant on details — most crucially, what government official or agency gave him "verbal" permission, and what that means; obviously, a "verbal" approval does not a contract make. To be feasible, Musk's tunnel-boring The Boring Company would need approval from the Federal Transit Administration, which generally provides public funds for building similar expensive transit systems, in particular, urban subways and commuter rails.

Funding — likely public — and permitting for an underground evacuated tube system would presumably be the biggest barrier to constructing such a system, which has never been produced on such a scale. The least expensive underground transit systems average $100 million per kilometer. The New York City subway, for example, runs between $1 billion and $4 billion per kilometer to build. Even at that lower estimate of $100 million per kilometer, the 226 mile trip from New York to D.C. would cost around $36 billion. For context, the 2015 expenditures for the entire Federal Transit Agency were $11.54 billion.

Musk's Hyperloop has always been big on hype and short on details. The concept of building a massive system of evacuated tube transit — similar to the mail tube system that existed in New York in the early 20th century, but far bigger — pre-dates Musk's 2012 announcement of his "invention." A pair of papers written by Robert Salter of the RAND corporation, in 1978 and 1972, proposed the same concept in detail. Salter's 1972 proposal included plans for an interstate network of evacuated tube transit, with details on engineering feasibility. The later 1978 paper on "inter-planetary" tube transit included details for building a system around the entire world, which Salter dubbed "Planetran."

Moreover, the idea of a "vactrain" dates at least to 1812, when a British scientist proposed the notion of using pressure differentials to propel trains. "Pneumatic railways," as they were then known, actually transported people in the mid-nineteenth century.

Yet when Musk released his concept for the same idea with a new, slicker name — "Hyperloop" rather than Salter's "Very High Speed Transit System" or Great Britain's "pneumatic railway" — he was hailed as a visionary rather than a plagiarist.

The hype towards Musk's borrowed Hyperloop concept speaks to a pervasive public relations issue in Silicon Valley, which has historically profited off of presenting an image of its CEOs and founders as singular visionaries. This attitude belies the true chain of labor and historical and institutional knowledge that leads to innovation in the tech industry. The iPhone is one notable example: though often posed as the singular achievement of visionary founder Steve Jobs, the iPhone was, in fact, largely the result of public funding.

"Apple was able to ride the wave of massive State investments in the 'revolutionary' technologies that underpinned the iPhone and iPad: the Internet, GPS, touch-screen displays and communication technologies... Without these publicly funded technologies, there would have been no wave to foolishly surf," writes Mariana Mazzucato in The Entrepreneurial State.

The so-called Hyperloop is similar in this regard: over two centuries of public and private research underpin the idea of the Hyperloop; Musk is utterly unoriginal in presenting the notion as his own, though few have noticed.