With “Confederate,” “Game of Thrones” creators have a lot more at stake than you 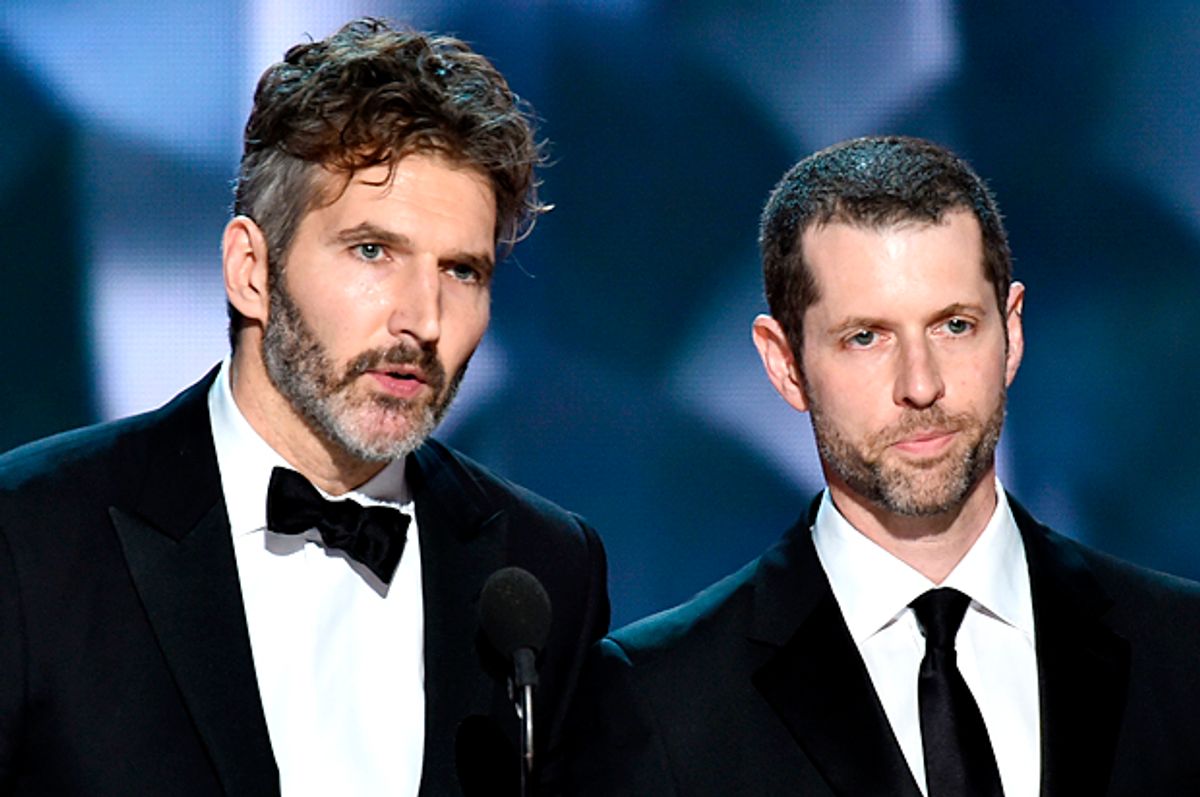 You’d think D.B. Weiss and David Benioff were literally bringing back slavery. On Wednesday evening, when HBO announced that the next project from the “Game of Thrones” showrunners would be “Confederate,” an alternative history in which the South won the Civil War, the Twittersphere and its incestuous older sibling, the Blogosphere, didn’t even ready and aim before they took fire at the two showrunners and at HBO.

The skepticism and fury is understandable on a number of levels. It’s not fun — and potentially offensive — to imagine a world in which the Confederacy won and slavery persisted. It’s even less fun to imagine that universe in the hands of two white men (though, it’s important to note, television is a collaborative medium and two of Benioff and Weiss’s collaborators for this project, Nichelle and Malcolm Spellman, are black). For some, the network’s greenlighting the show just after WGN canceled “Underground,” another show about slavery, added insult to injury. And, for goodness sake, why does Hollywood have such a hard time telling black stories that are not about slavery? As Ira Madison III wrote in The Daily Beast, “HBO can imagine robots and dragons but it struggles to imagine black people who aren’t slaves?”

Indeed, from most angles “Confederate” seems like a dicey proposition. But what that means is that the stakes are about as high as they can be for a fictional drama — especially when you add in the enormous budget the show is bound to receive. As Slate writer Jamelle Bouie tweeted, “This is one of those ideas that could end up amazing or absolutely cringeworthy.”

Perhaps, in this case, this is a privileged stance to take, but the prospect of art that could on the one hand colossally fail and on the other be a challenging success is exciting; it’s what we all should desire out of all art. And if we, instead, collectively echo our outrage through the ether and reject such art before it is even made, what message does that send to creators?

No matter what you think of the idea behind “Confederate,” the project takes guts. Weiss and Benioff are both in the early stages of their careers. “Game of Thrones” is the first directing credit to both of their names. Their next project will be pivotal: It could dictate whether, as showrunners, “Game of Thrones” was their one hit wonder or whether they’re bona fide television hit makers.

What’s more, what Weiss and Benioff are doing is rare for showrunners of their stature. Most of the makers of the marquee shows of the modern era have followed their signature works by either scaling down their ambitions to mixed success (David Simon, Vince Gilligan) or fading (David Chase, Chris Carter). The showrunners who have been most successful after their signature work are the ones who continued to aim big (Damon Lindelof, Louie C.K., Noah Hawley).

Still, I hear you: Ambitious or not, the very idea behind “Confederate” leaves a bad taste in your mouth. That’s fair. But consider whether the idea of a straight white man telling the story of transgender prostitutes would elicit the same reaction. What about a white man telling a joke about abortion? Or a person of any race or gender performing a racial draft? Great artists make their bones doing what on paper sounds like a bad idea. “Confederate,” above all, will be a test: Are D.B. Weiss and David Benioff great artists?