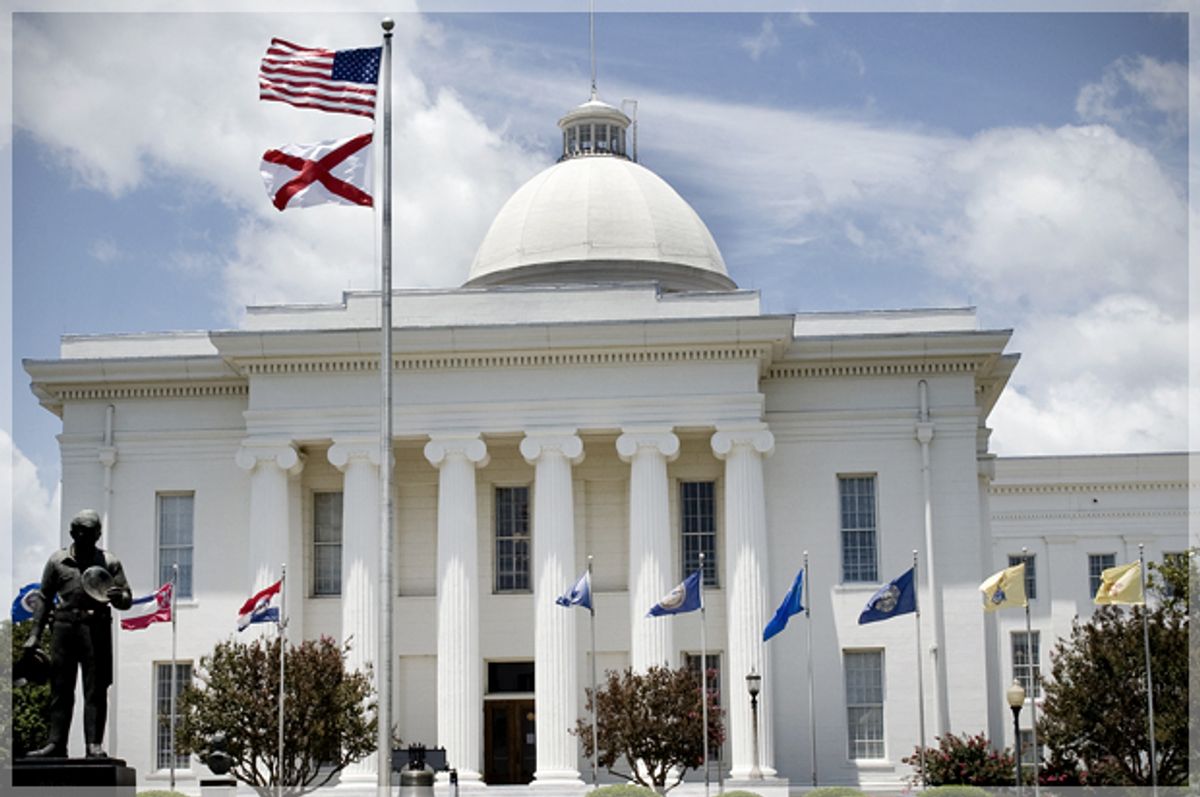 The State Capitol, in Mongomery, Alabama. (mj007 via Shutterstock)
--

Two conservative lawyers in Alabama held a press conference this week to denounce a court's ruling allowing an abortion for a 12-year-old who was raped, AL.com reported.

The attorneys — Win Johnson and Lorie Mullins — argued that the girl was not mature enough to make such a "life or death" decision.

Johnson, a former legal director under controversial Alabama Chief Justice Roy Moore, said it was ridiculous that the court would rule that the tween "was mature enough — and I'm going to put this in its starkest terms — to decide to murder her own child in her womb."

"Now, nobody has said that to her, I bet you, in any of her counseling," Johnson added. "Nobody has explained that to her in its starkest, rawest form, like that. But what if it was, what if she really thought through it, even as a 12-year-old and said, 'Gosh, I don't want that on my conscience.'"

The girl involved in the case sought a waiver from the parental consent law required for an underaged abortion in Alabama. The girl said she did not have a good relationship with her mother and that her father was out of the picture. A district attorney objected to the waiver, but a family court judge approved her request last month and an appeals court concurred.

Mullins, the executive director of COPE Pregnancy Center in Montgomery, which provides counseling but not abortions, said that the girl likely had trouble deciding what clothes to wear to school, let alone determining whether or not an abortion was appropriate.

"They have now put this decision, this responsibility, in her hands," Mullins said. "This is a 12-year-old child who now has the responsibility of life and death and no matter how you feel about abortion, that's what it is, it's a decision about life or death."

"She has been victimized her entire life," Mullins said. "And now she's being put in the position of being the perpetrator of this newest violence, because that's what's going to happen. Whether she grasps it now, there's a point in her life where she is going to understand what she has done and how it is going to impact. The depression, the substance abuse that happens so often, the problems with future relationships."

"I don't know what the perfect answer is," Mullins said at the press conference, "but I know this is not it. If I could actually speak to this child, the only thing I could say to her is you've been robbed of your childhood. Don't rob yourself of your future."