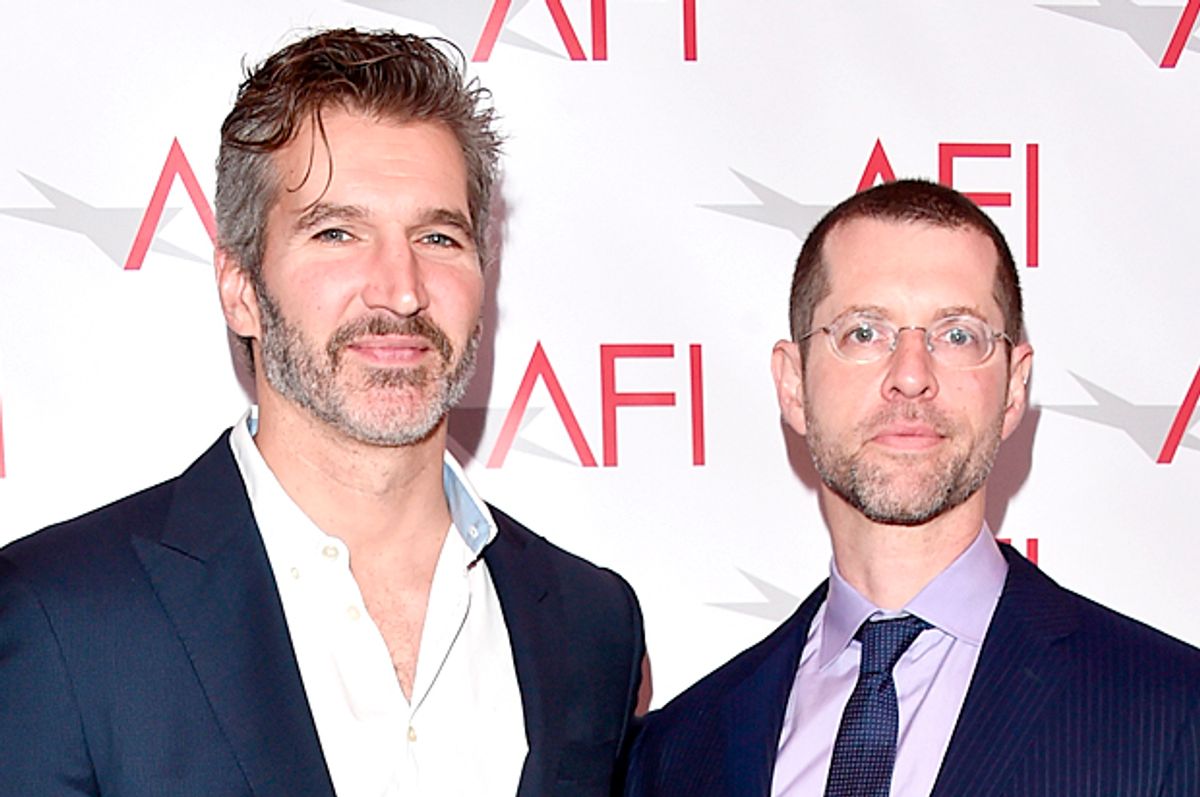 The showrunners of HBO's "Game of Thrones" have come under fire this week after announcing that they have a new show under works about slavery. Now the producers of "Confederate" are responding to critics who did not appreciate the fact that HBO greenlit a series written and created by two white men envisioning modern-day slavery.

Speaking with Vulture's Josef Adalian, the producers of "Confederate" acknowledged the sensitive subject of the show, but promised that the drama would not trivialize the issue of slavery.

"One of the strengths of science fiction is that it can show us how this history is still with us in a way no strictly realistic drama ever could, whether it were a historical drama or a contemporary drama," D.B. Weiss, one of the showrunners of "Game of Thrones," said. "It’s an ugly and a painful history, but we all think this is a reason to talk about it, not a reason to run from it."

"It goes without saying slavery is the worst thing that ever happened in American history," David Benioff, Weiss' writing partner, added. "It’s our original sin as a nation. And history doesn’t disappear. That sin is still with us in many ways. 'Confederate,' in all of our minds, will be an alternative-history show."

The Spellmans, both black creatives in Hollywood, insisted that their roots would not allow them to betray the brutal and cruel history of slavery.

"For me and Nichelle, it’s deeply personal because we are the offspring of this history," Malcolm said. "We deal with it directly and have for our entire lives. We deal with it in Hollywood, we deal with it in the real world when we’re dealing with friends and family members. And I think Nichelle and I both felt a sense of urgency in trying to find a way to support a discussion that is percolating but isn’t happening enough."

Overall, all involved seemed to simultaneously accept the criticism levied on the series while, to some extent, brushing it off. "Now we’re bonding under fire," said Benioff adding, "we all knew it was coming in one form or another." He also said, "I guess that’s what was a little bit surprising about some of the outrage. It’s just a little premature. You know, we might fuck it up. But we haven’t yet."

Nichelle Spellman said that she understood why people would be skeptical about the drama, but asked critics to give the show a chance before rushing to judgment.

"I do understand their concern," Nichelle said. "I wish their concern had been reserved to the night of the premiere, on HBO, on a Sunday night, when they watched and then they made a decision after they watched an hour of television as to whether or not we succeeded in what we set out to do."

Malcom Spellman added, "You cannot litigate this on Twitter. It’s not possible."