"Fargo" creator Noah Hawley will helm a Doctor Doom film, news that highlights a longstanding problem for the MCU 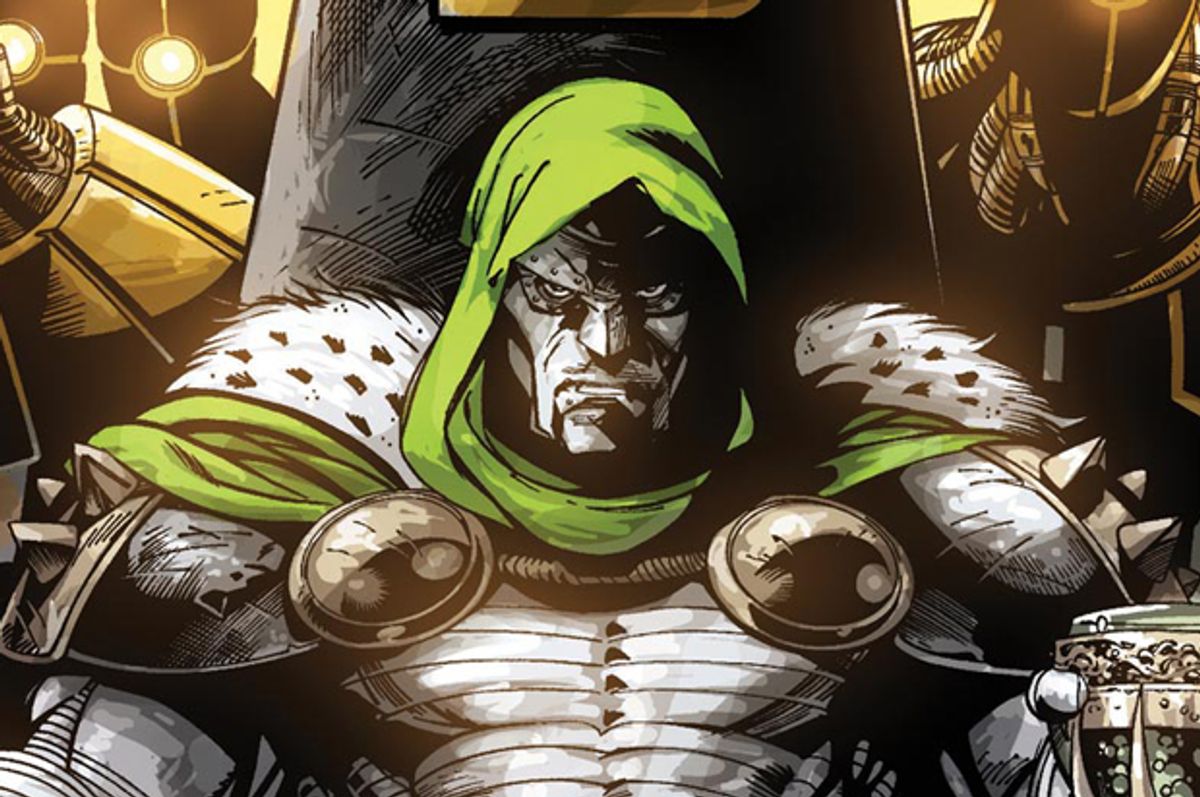 News coming out of this year's Comic-Con in San Diego suggests that Noah Hawley, the whip-smart showrunner and writer behind FX's sharp series "Fargo" and "Legion" has signed on to helm a project centered on Marvel Comics' lead villain, the armored, evil Doctor Doom.

Variety reports that during a panel for "Legion at the event, Hawley told the audience “I’ll just say two words. The first one is Doctor and the next one is Doom.”

While few details about the production — casting, release date, if Doctor Doom is the protagonist or a villain squaring off against a different leading character, if it will appear on the big or small screen — are available at this early stage, it is certain that whatever form it takes, it will fall under the Fox banner.

Fox has owned and retained the rights to the Doctor Doom character for years now and has delivered three "Fantastic Four" movies featuring variations on him in 2005, 2007 and 2015. None of them were critical hits and the most recent, in particular, was a certified box-office bomb.

While the brilliant Hawley's involvement in a production centered on the iconic Marvel foil is reason for cheer, another Fox production including him seems to suggest that the character won't be joining Disney's wildly successful Marvel Cinematic Universe franchise.

With two-dozen feature films and 12 television shows and either released or in production, the MCU series is, by and large, a critical success and is one of the most profitable "connected universe" slates ever created.

And, yet, a longstanding weakness of the MCU series has been its lack of strong, persistent villains. Tom Hiddleston's Loki is, yes, enjoyable and Josh Brolin's Thanos — appearing in the next Avengers film — looks promising. Yet, overall, the foils throughout the almost decade-long MCU franchise simply don't arouse the same level of interest or attention that its heroes do (in part because many of them die so very quickly). It has been a source of pain for MCU fans and critics alike.

Generally speaking, this mirrors a problem visible in Marvel Comics as well. While DC offers many striking villains — particularly through Batman's rogue's gallery — Marvel's offerings outside of Magneto, the Red Skull and a handful of others can be underwhelming relative to the strength of its heroes.

That is, of course, with the exception of Doom.

A technological genius, powerful sorcerer and demagogic ruler of his own European nation, Victor von Doom is not only the most iconic villain in the extended Marvel universe, but its most formidable and enduring as well. With a tragic backstory, long-running conflicts with practically every major Marvel character and sometimes arguably noble intentions, he is more or less the Darth Vader or that fictional world (indeed, many feel that Doom was the inspiration for Lucas' character). Sometimes fighting on the side of good — he's currently subbing in for Iron Man — the tortured, angry Doom is central to the Marvel universe.

The continued absence of Doctor Doom from the MCU is a particularly nasty thorn in the side of moviegoing fans and, one would think, producers as well. Following the news that Sony would lend Spider-Man, a character they had the live-action movie rights to, to Marvel Studios, there was some hope a similar deal could be reached for Doom. Hawley's announcement would seem to put a damper on those hopes.

Perhaps Hawley's project will indeed connect Fox and Disney and put them on a path to allowing Marvel's greatest villain to face its greatest heroes on the big screen. For now, however, it appears that the MCU's villain problem will continue.