"Dunkirk": A good film, but a far better history lesson

Christopher Nolan's epic is fine entertainment, but its ability to place viewers in history is what truly impresses 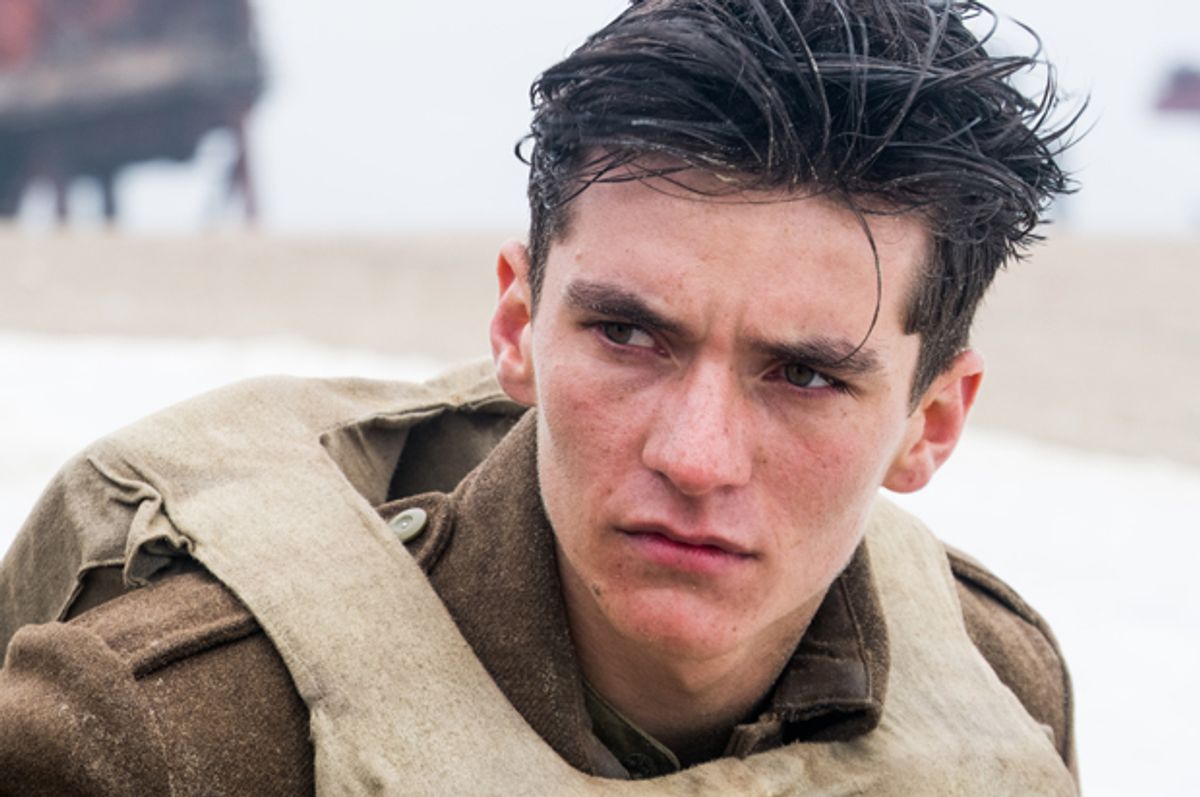 While some critics are hailing Christopher Nolan's new World War II epic "Dunkirk" as a Kubrickian masterpiece, it honestly does not offer the same cinematic thrills as some of Nolan's more well-known, highly profitable works.

"Dunkirk" is a great movie, to be sure, but summer audiences expecting the gloomy grandeur of "The Dark Knight," the cerebral plot twists of "Inception" or the subtle characterization of "Insomnia" may find themselves disappointed. Over its two hours, the film focuses so much on the question of multiple stories of survival that characterization and Nolan's trademark cleverness seem sidelined. A movie ostensibly about human struggle often becomes a whirligig of sound and fury without any intrinsic human interest to tether it.

Despite these flaws, however, those fragmentary stories we do see are compelling. There is the British soldier (Fionn Whitehead) who helps a comrade (Aneurin Barnard) he spots burying an unknown soldier on the beach; the young English teenager (Barry Keoghan) who risks his life to help in the evacuation; the fighter pilot (Tom Hardy) who continues to serve in his mission even after his plane runs out of fuel.

Each of these tales works so well on an individual level that they cry out for more development. And yet, despite all the substandard characterization, what we do see sucks us in enough to keep us invested and, at times, riveted.

One notable detail of "Dunkirk" (and one that many critics seem to have overlooked) is its unusually abbreviated running time. The screenplay was only 76 pages, roughly half the usual length of a Nolan script. At just around two hours, "Dunkirk" is also quite short for a war film of this scope.

There seems to be an assumption within the film industry that if a subject has a particular historic gravity, a bloated running time is required. Even many war-film masterpieces such as "The Bridge on the River Kwai" and "Saving Private Ryan" drag during many scenes, leaving only a few standout moments (such as the ending of the former and the opening of the latter) sticking in moviegoers' memories.

"Dunkirk," by contrast, is a testament to the value of economical storytelling. Not a second longer than it needs to be, Nolan's journey into war speeds by with mathematical precision. Overall, it feels like a cohesive whole, one in which it would be impossible to remove any single plot thread without unraveling the entire entity. By comparison, "The Thin Red Line" and "The English Patient" seem like lumbering soap operas. Instead of only containing flashes of memorable moments, the entirety of "Dunkirk" seems to rush back to the viewer after the film is over.

Yet, for all this, "Dunkirk" is less impressive as a movie than it is as an exercise in capturing history on screen.

In a recent discussion, historian and "Dunkirk" consultant Joshua Levine offered me a telling observation about the film. "This film is not meant to be a documentary," Levine explained. "It can't tell the whole story of Dunkirk. It wouldn't try to tell the whole story of Dunkirk." He added, "What I think it does really well is to get the sense of it, the feeling of it, the atmosphere of it. Dunkirk was a survival story. It was about people trying to get away on an individual basis and, if enough people could get away, then the war could continue."

"Dunkirk" brings about that result impressionistically and viscerally. The soundtrack contains the unmistakable sound of a ticking clock, and even when that drumbeat isn't present, one can't escape the sense that time is a factor — actually, the factor — that drives the plot. For all of the bombast included in films delivered by Marvel, DC and other blockbuster factories, I can't think of any movie in recent years that keeps audiences on the edges of their seats as much as this one. It's almost painful at times. In that, Nolan gives us a taste — even if it's only an inkling — of what life on Dunkirk's beach, in the English Channel and back on the home islands must have felt like in the late spring of 1940.

"Dunkirk" is by no means perfect or even as good as the critical consensus seems to believe. It's not even Nolan's most entertaining film. Yet, it is a must for fans of World War II history and individuals eager to watch a ripping good yarn. As a cinematic offering, "Dunkirk" is good. It is in its ability to convey the experience of history, however, that it comes close to some sort of greatness.