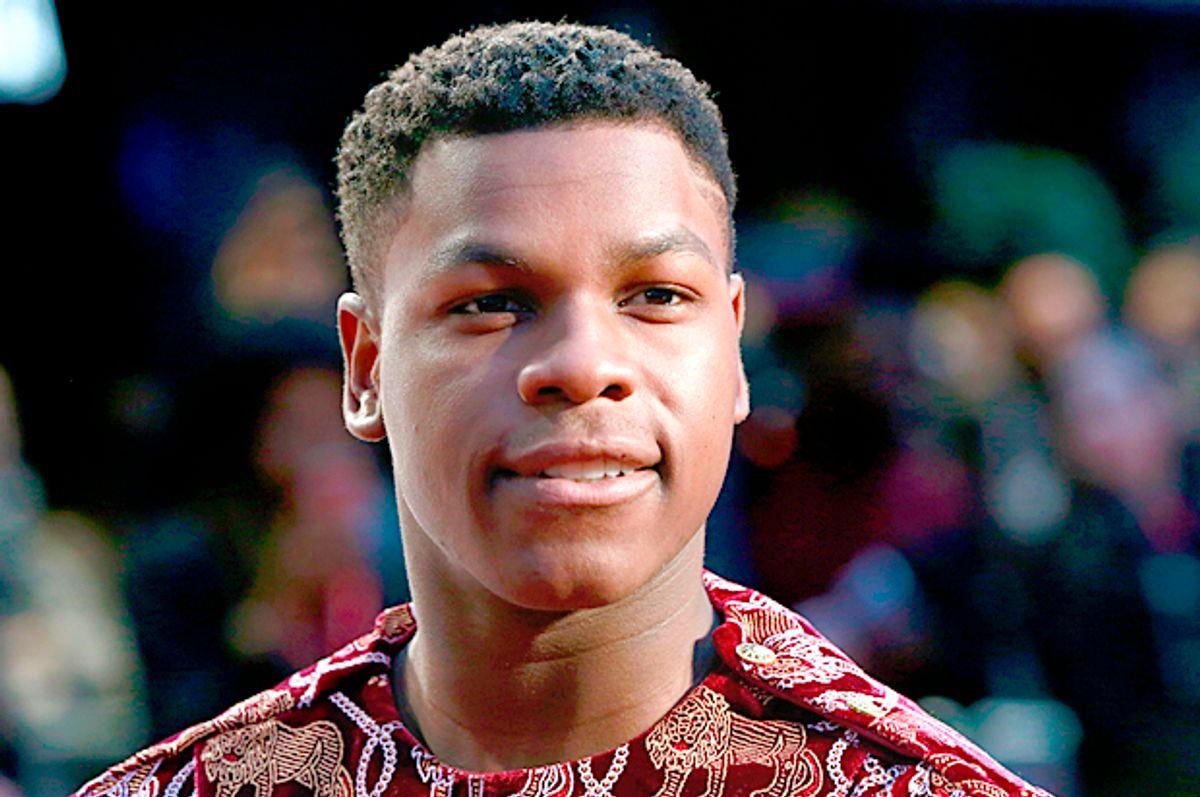 John Boyega, one of the two young leads in 2015's "Star Wars: The Force Awakens" recently criticized the HBO tentpole fantasy series "Game of Thrones" for its lack of black actors and characters.

In the cover-story interview for this month's GQ magazine, Boyega told writer Anna Peele, "There are no black people on Game of Thrones.” The actor continued, "You don't see one black person in Lord of the Rings,” adding, "I ain't paying money to always see one type of person on-screen... because you see different people from different backgrounds, different cultures, every day. Even if you're a racist, you have to live with that. We can ruffle up some feathers."

The comments come in the context of the racist groundswell that reacted to Boyega's appearance as a Storm Trooper and co-star in the 2015 extension of the wildly popular "Star Wars" franchise.

Many on the internet — perhaps the racists Boyega spoke of — had their feathers ruffled after seeing a Storm Trooper remove his helmet to reveal a black man in the film's trailer. Many argued that all Storm Troopers were clones of the same white man, making Boyega's character an impossibility. This argument, of course, not only ran against the stated narratives of "The Force Awakens," but the fact that the three actors who had played those clones in previous films were in fact Polynesian.

Boyega's statement that there are no "black people" on the HBO show is, as well, counterfactual. Nathalie Emmanuel, Jacob Anderson and others in the cast identify as black — though they play tertiary roles and, as some critics have noted, freed slaves. Nonso Anozie and other black actors have flitted in and out of the series through brief appearances.

While an exaggeration, Boyega's statement remains a nonetheless valid response to the fact that the popular show — the most expensive ever created — has not made serious steps towards diversity or positive, powerful representations of people of color. It is equally valid when looking at the overall lack of visibility of black characters across most media as well. Boyega himself is only the second black actor to appear in a central role in the "Star Wars" franchise. He correctly stated that in the six films spun off of J.R.R. Tolkien's Middle Earth books, none offered a central black character.

This tendency for underrepresentation seems all the worse and more frustrating when one considers that, in the case of scifi and fantasy series, the appearance of people of color in these wholly fictional worlds is limited only by the vision, imagination and choices of the writers, directors and producers involved in their creation.