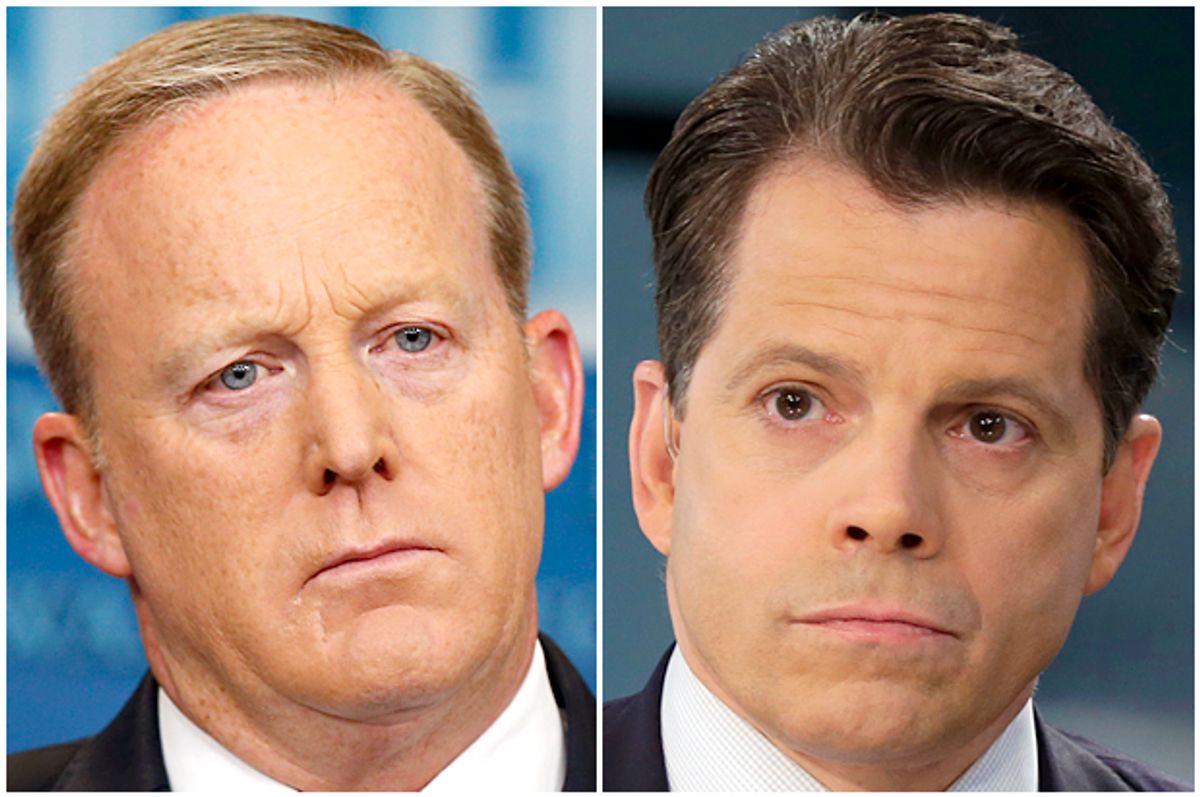 Sean Spicer is so done with his White House gig.

The presidential press secretary, who for months had been battling with an increasingly frustrated press corps and a president fuming over the conduct of his communication team, resigned Friday morning.

The reason, according to the New York Times, was Spicer’s disapproval of President Donald Trump’s decision to appoint New York financier Anthony Scaramucci to become the new White House communications director. Spicer had held that position temporarily since early last month when media entrepreneur Michael Dubke resigned after only three months on the job.

Spicer had been searching for his own replacement for weeks as the president repeatedly lashed out at his communications team amid investigations into Russia’s ties to the president. Trump’s frustration led the White House to pull back from daily press briefings. Spicer and deputy White House press secretary Sarah Huckabee Sanders began recently to conduct the briefings with reporters with no cameras and no audio recordings.

It’s unclear why Spicer reputedly objected to Scaramucci’s new role, but he’s likely to be well received by the Republican establishment. The man known affectionately as “the Mooch” (a play on his name) has been a major GOP donor and fund-raiser  who supported Trump during the general election. Before that, he also helped raise money for the primaries of Scott Walker and Jeb Bush.

Earlier this year, Scaramucci sold his stake in his hedge fund, SkyBridge Capital, which has about $12 billion in assets under management, in preparation for a White House job that didn’t materialize. He’s been heading up the Export-Import bank since then, a position he’s leaving to head up Trumps’ communications team.

Characterized by Politico as a “showboat donor," Scaramucci has a knack for schmoozing with Hollywood and political elites, including actor Kevin Spacey and former British Prime Minister Tony Blair, and raising money for hedge funds and Republican PACs. He’s also a regular contributor to CNBC.

“There have always been emerging bundlers and political money raisers who believe so passionately in their political philosophy, who have a personality that is out there,” business executive Georgette Mosbacher, a prominent Republican fundraiser, said in 2014. “And thank God there are, because Anthony is one of those who does embody those Republican principles, as a job creator, as an entrepreneur and as a businessman who believes in the free market.”