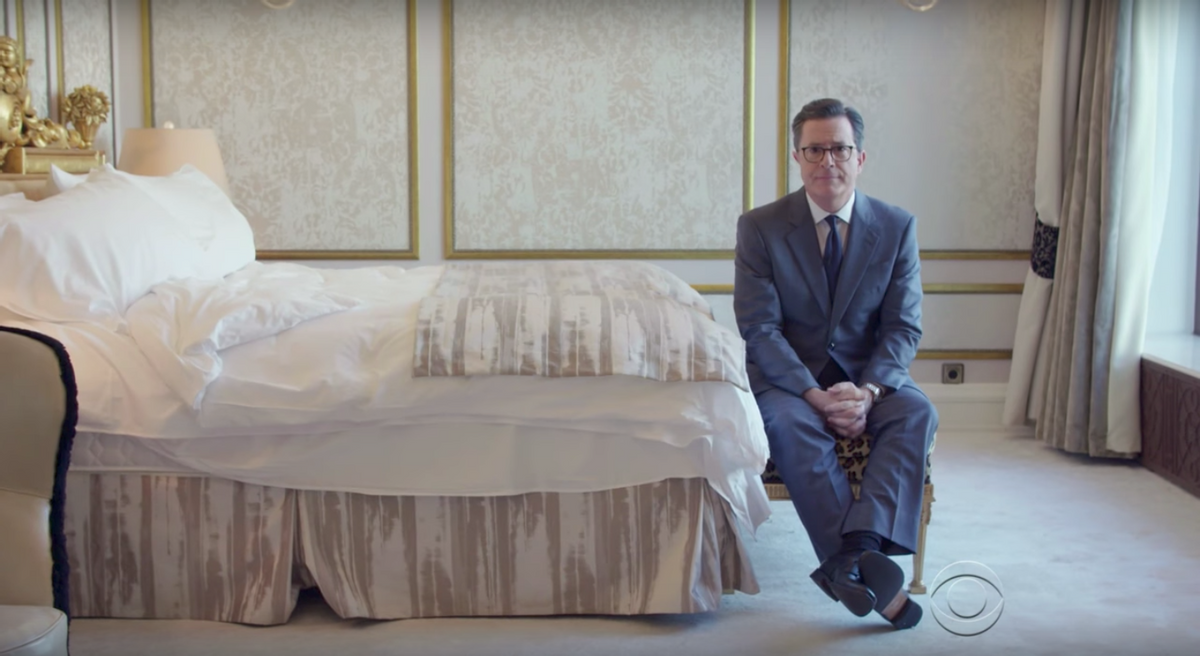 Stephen Colbert was not about to travel all the way to Russia without getting access to the infamous hotel room where President Donald Trump allegedly had prostitutes pee on a bed slept in by former President Barack Obama and his wife, Michelle.

"The Late Show" host rented out the presidential suite at The Ritz-Carlton, Moscow for the night to do some of his own investigating. Introducing the clip to his audience Thursday, Colbert made sure to let everyone know that parts of the dossier had not been confirmed yet.

"Now, the wildest accusations in that dossier have never been confirmed. But as far as I know, nobody has tried," Colbert said. "Here's the reason why: the media said it's too salacious for us to even look into. But it's the only part we care about. It's the only part we talk about."

Colbert entered Room 1101 at the Ritz to find a sprawling suite with closets so big "you can hide a corpse."

But there was only one room in the suite that Colbert had interest in for his investigation: the bedroom.

"When you are in this room, it is soaked in history," Colbert joked. "It just washes over you. It's not even like it's in the past, you're in history."

The comedian tried to describe how he felt sitting in the room where it all allegedly went down.

"You know when you've imagined something for so long and then when you finally see it it doesn't match with the picture you had in your head? This isn't that feeling at all," he said. "This is right on the money."