Pardon-palooza: Trump could wreak havoc by abusing the presidential pardon

No one knows if the president can pardon himself. But he can damn sure pardon everybody else and let them walk away 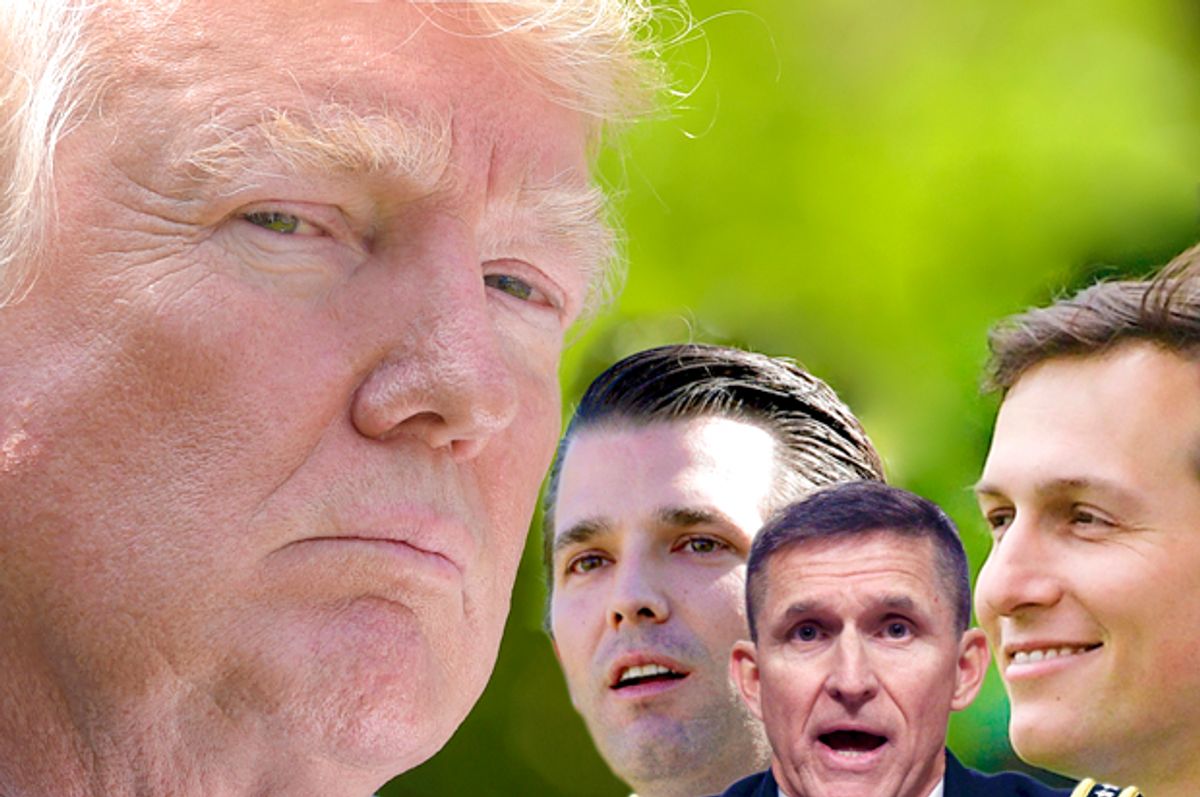 So how is President Donald Trump spending his time these days on behalf of the American people? It turns out that he is huddling with his high-priced lawyers to devise strategies for deploying his presidential pardon power to thwart the Russia investigation.

When the Founding Fathers created the Constitution, they worried about whether to grant the president the power of the pardon.

After all, the power to pardon is very broad. The president can pardon anyone at any time for any acts, or without even specifying any acts. There need not even be a conviction, indictment or any charge at all.

A notorious example is that after President Richard Nixon resigned in disgrace in August 1974 (in the face of near-certain impeachment), the following month President Gerald Ford, his successor, granted Nixon an unconditional pardon for any crimes he had “committed or may have committed” while in office. That is a sweeping exoneration.

The Founding Fathers were concerned that at some point in the nation’s future a scoundrel devoid of all honor and integrity just might manage to dupe the voters and become president. Those Founding Fathers sure had insight. They worried that a corrupt president could abuse the pardon by permitting his associates or family members to conduct criminal activity. If they were ever caught, then the president would simply step in and pardon them all.

If abused, the power to pardon could be turned into a license to commit crimes with impunity. The president’s cronies would enjoy a status of being above the law.

Just think of the havoc Trump could wreak by abusing his power to pardon. Trump could promise his cronies that if they stand by him, he will issue them full pardons. He could hand out these pardons like candy, including to his son, Donald Trump Jr., his son-in-law, Jared Kushner, as well as to his associates, including Michael Flynn, Paul Manafort, Carter Page and whomever else.

His cronies would then have absolutely nothing to worry about in the Russia investigation. FBI be damned. If they lied in the past, no problem. They could continue right on lying as well. They would have no compunction about committing perjury because they know they would be pardoned for that too. Lying to the FBI? No problem. Lying to Congress? Piece of cake.

This would significantly undermine the ability of the FBI to uncover the truth. Typically, the FBI seeks to “flip” witnesses by threatening them with prosecution for their involvement in a crime while offering them immunity if they testify against the big fish. But Trump’s cronies would have no such fear of being prosecuted, and thus would be highly unlikely to testify against Trump. In fact, just the opposite. They would have every incentive to hold the line and protect Trump, even if it involved lying, in order to receive their pardons.

No wonder Donald Trump Jr. was so brash in telling lie after lie about his meeting with Russian representatives last June. He holds a get-out-of-jail card. After all, would Trump ever allow his own son to go to jail? Or would Trump simply pardon him, regardless of the crime?

The implications of this for the future are chilling. Trump’s two sons, Donald Jr. and Eric, are running Trump’s global business. What would prevent them from engaging in illegal activities going forward? Might they accept bribes or enter into sweetheart deals in foreign countries such as Russia and China that routinely bribe royal family members in other countries? As it happens, the sister of Trump’s son-in-law, Jared Kushner, was recently in China drumming up investors for real estate projects being developed by the Kushner family business.

Engaging in illegal activity is simply not a concern for anyone who has a presidential pardon in their back pocket.

It becomes clear that handing the powers of the presidency over to a scoundrel like Trump is a dangerous proposition.

Even though the Founding Fathers knew that a corrupt president could abuse the power to pardon, they went ahead and granted this power in the Constitution anyway.

In their discussions during the Constitutional Convention in 1787, the Founding Fathers reasoned that the check on the president’s power to pardon is the remedy of impeachment. They presumed that if a president were to pardon his cronies in a self-evidently corrupt fashion, Congress would be so outraged that it would remove the president from office through impeachment.

While this remedy is indeed meaningful, it is not foolproof.

What if, as is suspected with Trump, the crime involved the candidate colluding with outsiders to influence the outcome of a presidential election? A significant loophole seems to exist because the criminal would actually assume office and serve as president until the crime could be fully established. While in office, the illegitimate president could do significant damage and impose lasting effects upon the nation, such as by appointing a justice to the Supreme Court or making significant concessions to a foreign adversary.

Also, Trump’s party currently controls Congress, and its leaders might well decline to pursue impeachment proceedings against Trump, no matter how many people he pardons, in order to avoid enraging his base and damaging their political prospects.

Furthermore, investigating a crime can take a long time, possibly even the entire presidential term. By the time an investigation establishes that a crime had been committed, the damage might well have been done. The perpetrators in the White House might already have completed their crimes, and then could simply walk away scot-free with pardons.

After the fiasco of an investigation, pardons and impeachment, the matter remains of what would happen to the president. Once out of office, a president can be prosecuted for crimes committed while in office. Unless ...

Could the president pardon himself before leaving office?

This is quite a question. The courts have never addressed it so we do not know the answer for sure.

Some say that the president could pardon himself because the Constitution does not specify that he cannot. Others say he cannot, because such blatant self-dealing would be an absurd interpretation of the Constitution. If such a bizarre power had been intended, then the Constitution would have expressed it in clear terms, which it does not.

The nation has never before had a president so devoid of integrity that he was willing to attempt, or even contemplate, the disgraceful act of pardoning himself.