Why "servant leaders" are so effective 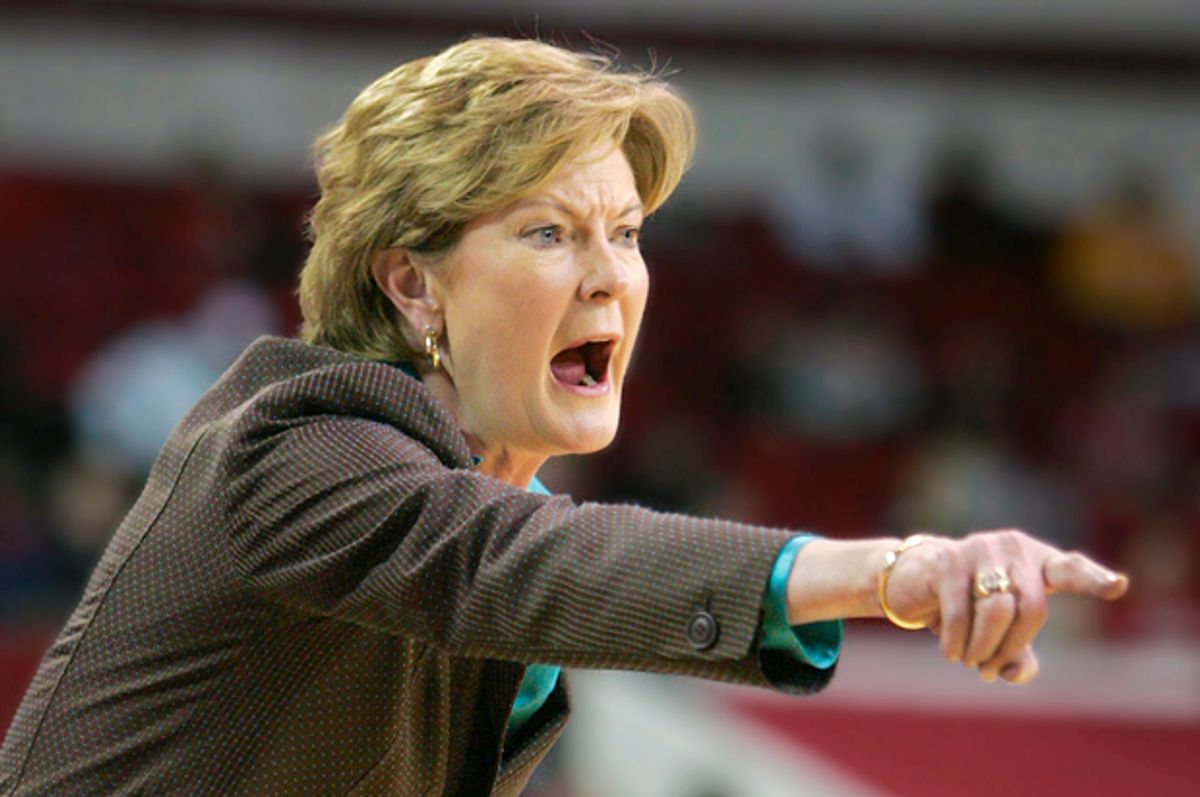 Excerpted with permission from "The Bridge to Growth" by Jude Rake. Copyright 2017, Skyhorse Publishing, Inc. Available for purchase on Amazon, Barnes & Noble and IndieBound.

Leadership is an exponential equation. That means the best leaders have a force-multiplying impact on their entire organization. They cultivate other great leaders who develop difference — makers into even more great leaders. This proliferation of leadership throughout the organization drives improved performance, which is the true exponential effect of a force-multiplying leader. Developing the talents and capabilities of the people in an organization takes time, energy, and empathy. Empathy is a so-called “soft skill” some people view as unnecessary in the rough and tumble world of business. They’ll ask: “Why should empathy matter when being a hard-charger is what gets you promoted?” Most companies and senior managers channel their priceless time and energy toward urgent issues and business-building projects to show how action-oriented they are, not on developing the talents of their people. Furthermore, when times get tough, many companies relegate talent and leadership development to the HR department, believing that leaders ought to focus on more pressing and important initiatives. They treat this as a luxury rather than the necessity it is.

The most important thing leaders do is deliver results that meet or exceed goals. The best leaders know that they must have leaders at all levels of their company to make this happen.

When it comes to driving the results they desire, the best leaders sincerely believe that nothing is more important than talent and leadership development. They pay more than lip service to it. They do everything possible to cultivate a high-performing team that cascades this conviction and approach throughout their organization to maximize leadership at all levels—and this includes building empathy. They do not delegate it to HR! They partner with HR to make it happen! The best leaders teach their team and their entire organization to drive differentiation of talent, and they reward difference-makers. They understand that feeding the talent development equation illustrated below is the best way to fuel improved results and sustained growth.

Organizations inherently regress toward the mean when supervisors avoid candid discussions regarding performance. This problem is compounded when rewards are allocated homogeneously to appease the masses. The best leaders realize that grade inflation only leads to mediocrity. They also believe with passion that all people deserve an honest assessment of performance and career prospects because life is too short for anyone to hang out in a dead-end job without honest feedback. The best leaders understand that poor performers repel difference-makers, block the advancement of talented players, and call into question the judgment of the leaders who tolerate poor performance. Servant leaders don’t avoid the brutal facts in the interest of empathy. Instead, they have the courage and integrity to embrace tough discussions with poor performers and give them every chance to improve. If coaching with empathy and candor fails to yield improved results, they guide poor performers out of their organization with compassion, dignity, and support.

Servant leaders resist the inertial pull of the organization to homogenize by continually differentiating talent and performance.

I struggled with this concept early in my career because I felt overly responsible for the people I led. I wanted to save everyone. As a relatively new supervisor, if someone above me suggested we might need to terminate one of my supervisees due to poor performance, I became even more determined to “fix” them. This instinct served me well because I was able to coach and develop quite a few people to improved performance and a successful career, but over time I learned that some people are not savable, and the effort to save them comes with significant opportunity cost. Everyone deserves good coaching and a chance to improve, to a point. But they also deserve an honest assessment when the fit between the challenges of the job at hand and their capabilities and their potential is not a good match.

The first time I had to fire an employee was incredibly difficult for me. The process doesn’t bother some supervisors so much, but I found it very challenging. Even with time and experience, I still find it difficult. However, staying in touch with some people I have outplaced and seeing them matriculate to positions in which they are much happier because they’ve found a job that is a better fit for them has helped me enormously.

When it comes to talent development, it’s easy to become overly distracted by poorer performers. But the best leaders know that the bulk of their coaching energy must be spent on personally championing difference-makers who maximize the equation above. Otherwise they will lose them to an organization that does. Effective leaders don’t relegate talent management and development to HR because they realize that it is the leader personally who must be the Chief Talent Officer (even if they do have outstanding HR teammates). In Chapter 9, I’ll provide specific examples of how servant leaders can coach difference-makers to achieve more than they ever thought possible.

You might think I’m being idealistic or optimistic, given how much engaged business leaders have on their plates. And it’s true! They must help the team articulate a compelling vision, purpose, and strategic direction for the organization. They must work collaboratively to define and champion the organization’s core values to which people genuinely commit. They must relentlessly walk the talk because everyone is watching every move they make. They must communicate transparently and provide the context the workforce needs to step up to the challenges they face and achieve peak performance. Most importantly, they must deliver results that meet or exceed the expectations of their stakeholders. It’s a tall order. No question.

But even if a leader accomplishes all of this with excellence, he will still likely fail over the long haul if he expects his workforce to simply follow him to the promised land just because he is the boss. No matter how charismatic and motivating a leader might be, execution and results will not be exceptional and sustainable without leadership at all levels of the organization. If everyone is merely following and “managing up,” then the leader becomes a bottleneck and the company will be forever throttled by the leader’s personal capacity.

Several years ago when I was COO at a large consumer products company, we needed a keynote speaker for our annual marketing and sales meeting. Given that our company was a big sponsor of NCAA women’s college basketball, we decided to invite Pat Summitt to be our keynote speaker. Pat was the legendary coach at The University of Tennessee for thirty-eight years. She still holds the record for the most all-time wins for a coach in NCAA basketball history for men or women in any division.

Pat inspired everyone with her energy and her famous “Definite Dozen Leadership Traits for On and Off the Court Success.” After our meeting at dinner, I shared with Pat that I had coached youth basketball for many years. She graciously took interest, and invited me to be a guest coach at a Lady Vols game. I was floored! I took her up on her offer and eventually travelled to Knoxville for an unforgettable weekend.

I knew that Pat was an outstanding coach, and I admired her for her accomplishments, but I had no idea just how good she was at cultivating leaders throughout the Lady Vols basketball program. From the moment I stepped onto that campus, everything was executed with excellence. I soon learned that I would be shadowing Pat with the parents of a few prospective recruits, including Candace Parker (the top-rated high school player and eventual national Player of the Year at Tennessee). I discovered firsthand why so many recruits chose the Lady Vols program, and why so many former players and coaches use terms of endearment when recalling Pat Summitt’s influence on their lives.

Game day was quite a production, from pre-game activities to post-game reception. Anyone who watched Pat from the sidelines might expect her to lead everything with an iron fist. It was quite the opposite. Pat was clearly orchestrating everything . . . but the entire weekend appeared to be executed by everyone but Pat. She had done most of her leading and coaching in practice. The assistant coaches and players stepped up to the plate time and again, as did her administrative support staff. They took turns leading, and they collaboratively leaned on each other’s strengths to elevate performance throughout game day activities.

During the game, we sat immediately behind Pat and the team. At halftime the Lady Vols were trailing. We went into the locker room with the team. Pat was not there. I watched as the players—by themselves—took turns facilitating a brainstorming session about what had worked well and what needed improvement. Then they presented their analysis to the assistant coaches for input and guidance. Clearly, these players and assistant coaches had been trained well. They knew what to do without being micro-managed. Finally, Pat joined the team, and the players and assistant coaches collectively presented their conclusions. Pat succinctly graded their performance and assessments, added her own personal evaluations, and they aligned on an action plan for the second half. Everyone had led at some point. They leaned on each other’s strengths and focused on the biggest opportunities for improvement. They debated vigorously and respectfully. Ownership was achieved. There was no lecture or screaming. Halftime ended with a quintessential Pat Summitt inspirational call to heightened intensity and hustle, and the team went out and kicked their opponents’ behinds!

For me, this was an impressive example of a leader growing leaders and difference-makers, not just demanding followership. Is it any wonder that Pat had one of the highest graduation rates of any coach in history? Is it any wonder that so many former Lady Vols have gone on to become leaders in so many walks of life? Michelle Brooke-Marciniak, who became coach at the University of South Carolina Gamecocks as well as a successful business leader and ESPN’s Kara Lawson, one of the best college and NBA basketball analysts, are but a few examples. Pat Summitt showed us that leaders can be demanding, passionate, and ultra-competitive, yet still focus a significant amount of their time, energy, and empathy on the development of leaders at all levels of their organization. It’s what fueled her unprecedented results at Tennessee, and it’s the most important thing leaders do.