Netflix's complicated crime drama shows off the actor's versatility, but others steal the limelight 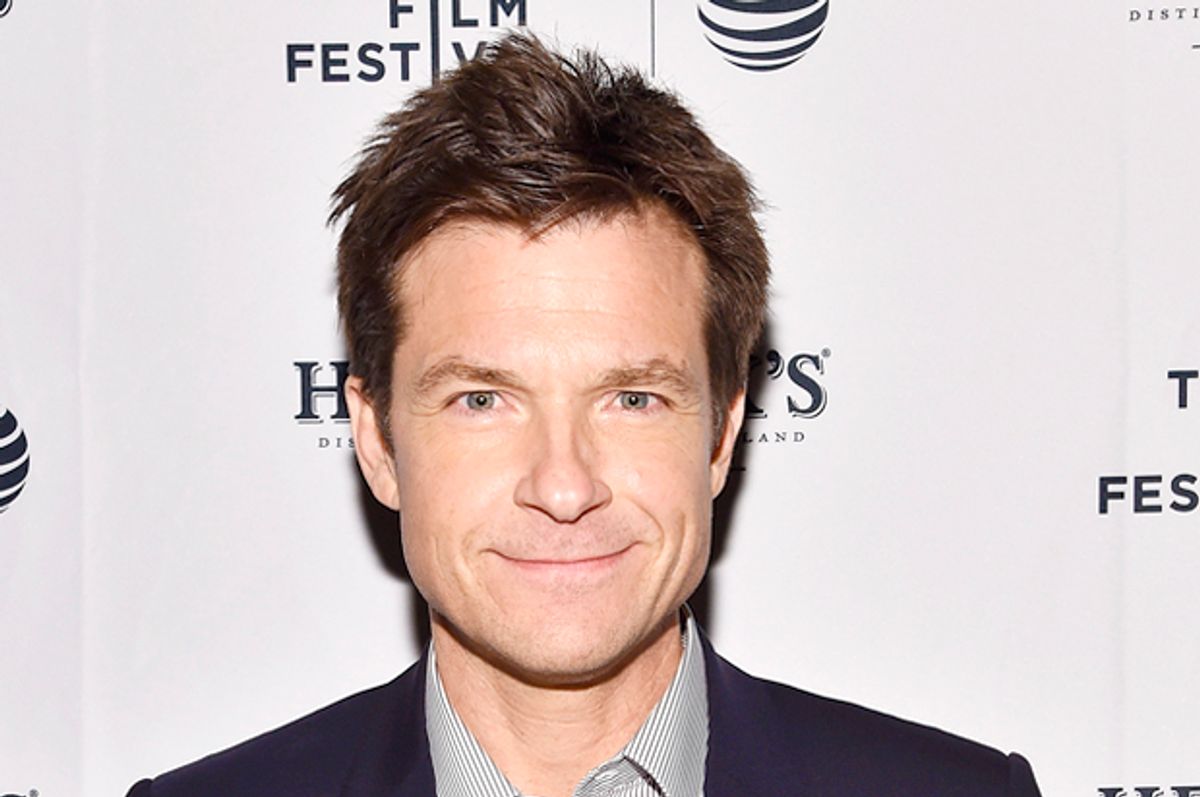 The surest way for an actor closely associated with comedy to be taken seriously by awards juries is to dive into darkness. Former “Daily Show” correspondent Steve Carell leapt into an assortment of theatrical comedies prior to landing “Foxcatcher,” which netted him an Oscar nod. Bryan Cranston transitioned from a sitcom dad on “Malcolm in the Middle” into the high school teacher turned meth kingpin at the center of “Breaking Bad,” a show that gained him four Emmys.

In fact, “Breaking Bad” comes to mind while watching Jason Bateman in Netflix’s “Ozark,” due to the thematic similarities between the shows, but also because "Ozark" was designed to showcase the actor’s ability to stretch beyond the comedic straight man persona for which he’s best known.

At the beginning of “Ozark,” Bateman’s Chicago financial advisor Marty Byrde appears to be an extension of the familiar nice-guy guise. Marty comes across as sensible and solid as oak. He is  the kind of conscientious working stiff everyday investors would trust with their money, a guy who gets cheated on by a dissatisfied wife like Laura Linney’s character Wendy.

Marty’s marital troubles are the least of his concerns, because he and his flashier partner Bruce (Josh Randall) have been laundering money for a drug kingpin, Camino Del Rio (Esai Morales). Del Rio is the one who knocks when he discovers $8 million of his funds is missing, and right before Marty is about to take a bullet to the brain he talks his way out of execution, successfully selling Del Rio on the possibility of setting up an operation in Missouri’s Lake of the Ozarks. In order to keep breathing, Marty must earn even more money for Del Rio while setting up shop in an area about which he knows absolutely nothing.

Bateman, best known as the star of “Arrested Development” and film such as “Terrible Bosses,” is often cast in sensible anchor roles as men who barely conceal their exasperation at the madness swirling around them. His Marty offers something of a twist on that type; Marty plays up his appearance of being helpful and harmless as a means of coaxing the small-town folks in his new home to run cash through their businesses.

Bateman’s performance is at its best when Marty is clawing his way out of unexpected pits and traps, and Linney’s curt and shielded Wendy brings out the finest version of the worst in his character. Marty’s criminal actions endanger her life and those of their kids (played by Skylar Gaertner and Sofia Hublitz), and her infidelity drains the affection from their relationship. Their fights create some of the best scenes in the series and make the most of Bateman’s and Linney’s combined talents.

This husband-wife team — partners, not lovers, Marty establishes early on — faces obstacles almost immediately, as “Ozark” paints the coastal community where the Byrdes land as a thicket of criminals and grifters. And the silver-tongued Marty seems surprised to be working up a sweat in an effort to outwit them, all while staying ahead of the Feds and Del Rio’s goons.

The clockwork traversal of the crime drama structure, a schematic built by shows like “The Sopranos” and “The Shield” and innovated by “Breaking Bad,” works both for and against “Ozark.” There isn’t anything in its engineering that viewers haven’t seen in other series. Then again, recognizing the general steps of a dance doesn’t take away from a person’s enjoyment, and showrunner Chris Mundy, who previously worked on Netflix’s “Bloodline” and AMC’s “Low Winter Sun,” throws in moves that keep the plot’s pulse elevated throughout the season.

“Ozark” contains enough layers and reversals to keep viewers on their toes, possibly too many by around episode 6 or 7, and by that point some episodes begin to feel longer than they need to be. The characters keep things interesting, although Bateman isn’t the scene-stealer, which is strange, considering that he’s an executive producer and directs four of the season’s 10 episodes. His performance is admirable; Bateman engulfs Marty in a tight, strapped-down disquietude that verges on unnerving in some scenes. But next to Marty, Linney’s Wendy is more frenetic and watchable, alternating between quaking fear and the sheer gutsiness of a woman plowing toward a crash and making a sharp and deliberate lean into the skid. Linney stands out because she always does, and at times her command of a scene mutes everything and everyone around her.

Linney gets some competition from Julia Garner, the young actress playing Ruth, the teen daughter of a local family of scammers. Ruth’s skinny, pale frame belies her position as the clan’s leader, and Garner chews on her scenes like bubblegum.

Ruth and Wendy are the sparks in an ominously dark plot that contains little in the way of comedic relief. That’s the atmosphere created when one breed of desperation crashes into others that have a home-court advantage. That air is heavy in “Ozark,” and the torment that its characters create and endure is as smothering as the humidity along the lakeshore, offering onlookers sinister thrills. The series may earn its share of accolades, even if such industry glory ends up eluding Bateman himself. But it’s probably enough that it helps us view his talent in a different light.