Jay Sekulow: "Pardons have not been discussed and pardons are not on the table"

Sekulow insisted pardons were not being considered, but said Trump's ability to pardon himself was an open question 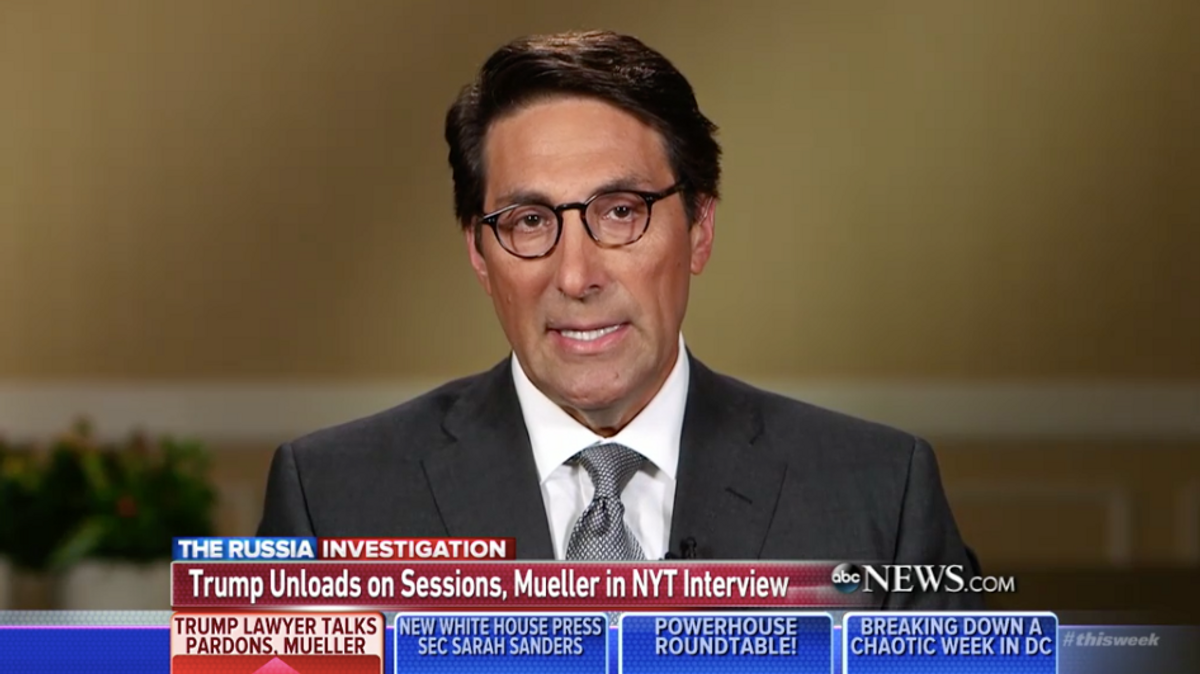 After it was reported that President Donald Trump was asking about his authority to potentially pardon his aides, family members and himself, a lawyer on his legal team insisted that "pardons are not on the table" on Sunday, but also said the president's ability to pardon himself is still an open question.

Trump's attorney Jay Sekulow said on ABC's "This Week" that the legal team continues "to not have conversations with the president of the United States regarding pardons."

"Pardons have not been discussed and pardons are not on the table," he insisted. Sekulow also said that "there's nothing to pardon from." Sekulow denied the report published by the Washington Post which said Trump had sought to understand the scope of his ability to grant pardons.

When directly asked if he felt that the president had the power to pardon himself, Sekulow pointed out that "it's never been adjudicated" but that it "ultimately, would be a matter for a court to decide, if it were to ever come into an existence." He then insisted once more that this is not something currently being looked into.

"I think it's a question that would ultimately, if put in place, would probably have to be adjudicated by the Supreme Court to determine constitutionality," Sekulow told host George Stephanopoulos.

Trump referenced his ability to issue pardons in a tweet on Saturday. "While all agree the U.S. President has the complete power to pardon, why think of that when only crime so far is LEAKS against us. FAKE NEWS," the tweet stated.

Sekulow argued that Trump "has the right to raise concerns" about special counsel Robert Mueller. Trump asserted Mueller has conflicts of interest in an interview with the New York Times. Sekulow also said the Justice Department or Mueller should be investigating former FBI Director James Comey for leaking memos about his conversations with the president.

"He took government property, which was his private notes on conversations with the president, leaked them to the press for what purpose?" Sekulow asked. "And he had said this under oath, for the sole purpose of obtaining a special counsel, who happened to be appointed the day after that special counsel, Bob Mueller, right before he was special counsel, interviewed for the FBI job."