Conway defended the president, and his baseless assertions in a 25-minute interview with CNN's Brian Stelter 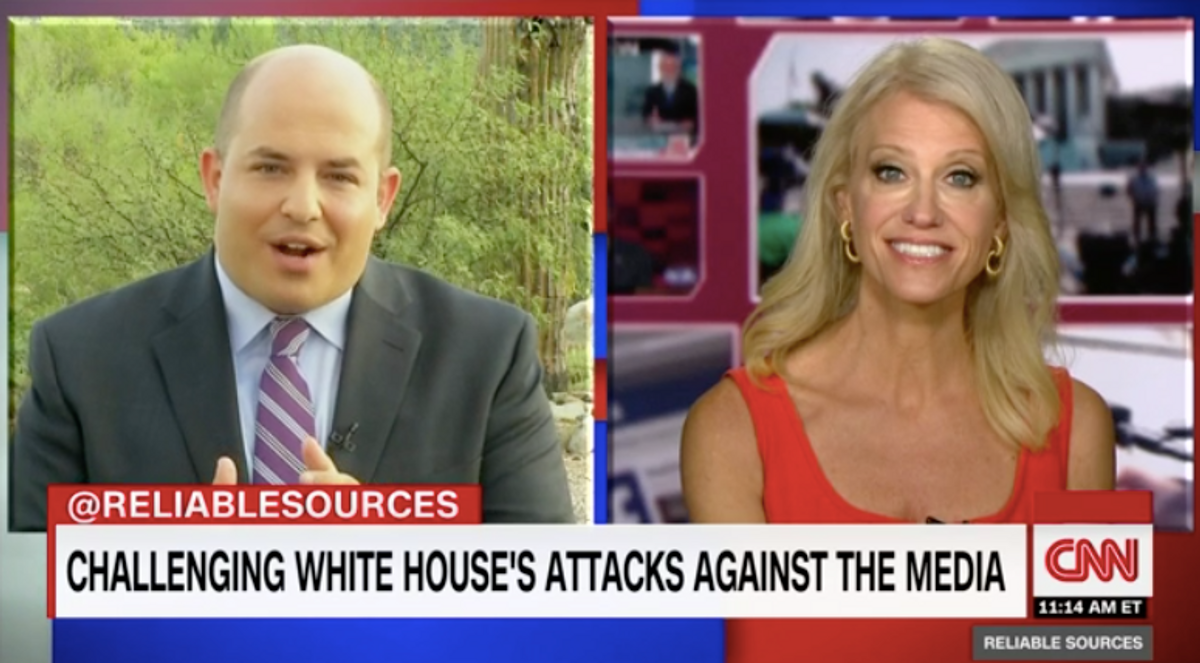 In a lengthy CNN interview White House senior counselor Kellyanne Conway said on Sunday that President Donald Trump "doesn't think he's lying" when he has discussed issues such as voter fraud, wiretapping and other scandals.

"Reliable Sources" host Brian Stelter got into a 25-minute debate with Conway in which the two discussed a wide range of issues concerning the president's first six months in office. Conway argued that the mainstream media doesn't offer "complete coverage" of the Trump administration and said CNN's coverage was "incredibly unfair and systematically against this president."

"Can we connect Americans through shows like yours and else-wise on CNN and else where with the information they need?" she asked. Stelter rebutted and said, "what we are trying to do is cover an unusual president and try to explain what the heck is going on."

But later in the interview Stelter brought up scandals that have plagued the White House since Trump took office. The president has asserted that millions have voted illegally, citing a Houston-based watchdog group that hasn't been able to put forth any evidence of such claims. Trump also accused his predecessor, former President Barack Obama, of wiretapping him — despite having no proof of it happening.

Stelter said, "The scandals are about the president's lies, about voter fraud --"

"About wiretapping, his repeated lies about those issues. That's the scandal," Stelter finished.

"He doesn't think he's lying about those issues and you know it," Conway explained.

"A lot of husbands don't think they're lying when they cheat on their spouse and then say they're not," Stelter said. "It doesn't mean you're not lying."

Indeed, an odd thing to say. Trump doesn't think he's lying when talking about those issues, but what exactly does that mean? Stelter later tweeted that he found it to be "a fascinating moment."