The Democrats are working on a new identity, but the conservative Blue Dog Coalition is looking to gain power 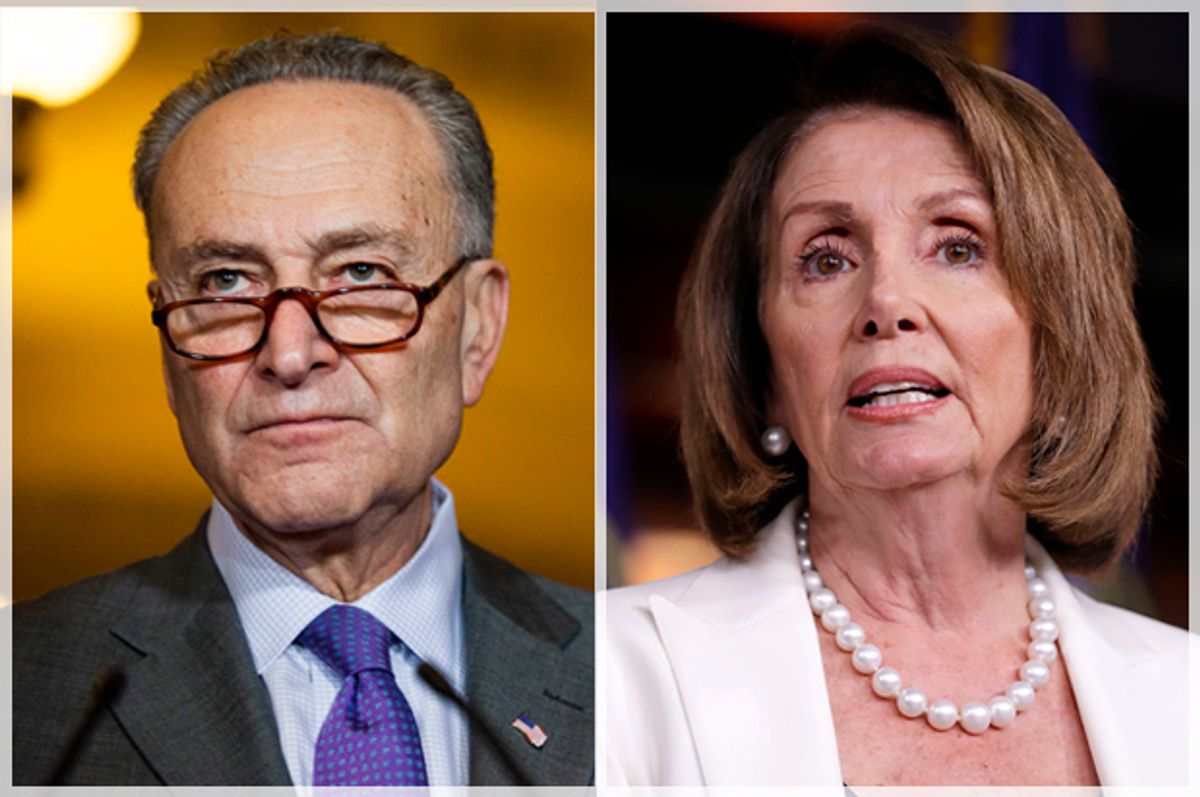 After saying the Democratic Party has been "too namby-pamby" on Sunday, Senate Minority Leader Chuck Schumer, D-N.Y., wrote about a new economic agenda for the party in a New York Times op-ed titled, "A Better Deal," on Monday.

"Americans are clamoring for bold changes to our politics and our economy. They feel, rightfully, that both systems are rigged against them, and they made that clear in last year’s election," Schumer wrote. "The wealthiest special interests can spend an unlimited, undisclosed amount of money to influence elections and protect their special deals in Washington. As a result, our system favors short-term gains for shareholders instead of long-term benefits for workers," he continued.

"Democrats have too often hesitated from taking on those misguided policies directly and unflinchingly — so much so that many Americans don’t know what we stand for. Not after today. Democrats will show the country that we’re the party on the side of working people — and that we stand for three simple things," Schumer explained, calling for increased pay, a reduction of everyday expenses and increased resources "to provide workers with the tools they need for the 21st-century economy."

Schumer also explicitly confronted some of the ways in which the party has faltered in the past.

"In the last two elections, Democrats, including in the Senate, failed to articulate a strong, bold economic program for the middle class and those working hard to get there," he wrote.

The Democrats seem to be looking to embrace factions of the party that staunchly support ideas championed by Sens. Elizabeth Warren, D-Mass., and Bernie Sanders, I-Vt. During a press conference on Monday, when a woman questioned how serious the Democrats were and brought up why the party hasn't gotten behind Glass-Steagall "in a major way," Warren, who has been outspoken about supporting Glass-Steagall legislation, let out a little dance.

But it will be hard for voters to take the Democrats seriously, especially if they give rise to a smaller faction of the party that has dwindled over the years. The Blue Dog Coalition is a "group of moderate and conservative Democrats," according to Politico, and they are planning a comeback:

And with Democrats eager to woo the white working-class voters who flocked to [President Donald] Trump, the coalition is prodding party leaders to support Blue Dog-backed candidates, saying that’s the key to taking back the House in 2018. It’s a push that is quickly running into conflict with the party’s energized left flank.

"The DCCC [Democratic Congressional Campaign Committee] recognizes that the path to the majority is through the Blue Dogs,” Rep. Kyrsten Sinema, D-Ariz., chairwoman of the Blue Dog PAC, said, according to Politico. "For the first time since I’ve been in Congress, the DCCC has partnered with the Blue Dog Coalition so that we’re recruiting candidates who fit districts that we need to win to take back the majority," she continued. "We are able to convince folks who normally wouldn’t vote for a Democrat to vote for this Democrat."

Blue Dog Democrats stand for "a mix of fiscal responsibility, strong support for defense and some conservative social views shunned by the left wing of the caucus, say it’s not just their message they think will appeal to many Trump-aligned voters," Politico reported. Leaders of the Blue Dogs have already "met with Treasury Secretary Steven Mnuchin and other top Trump aides on tax reform. Last week, the Blue Dogs sat down with Agriculture Secretary Sonny Perdue," Politico reported.

However, some Democrats have spoken out against the Blue Dogs and said that their strategy isn't a recipe for successful elections.