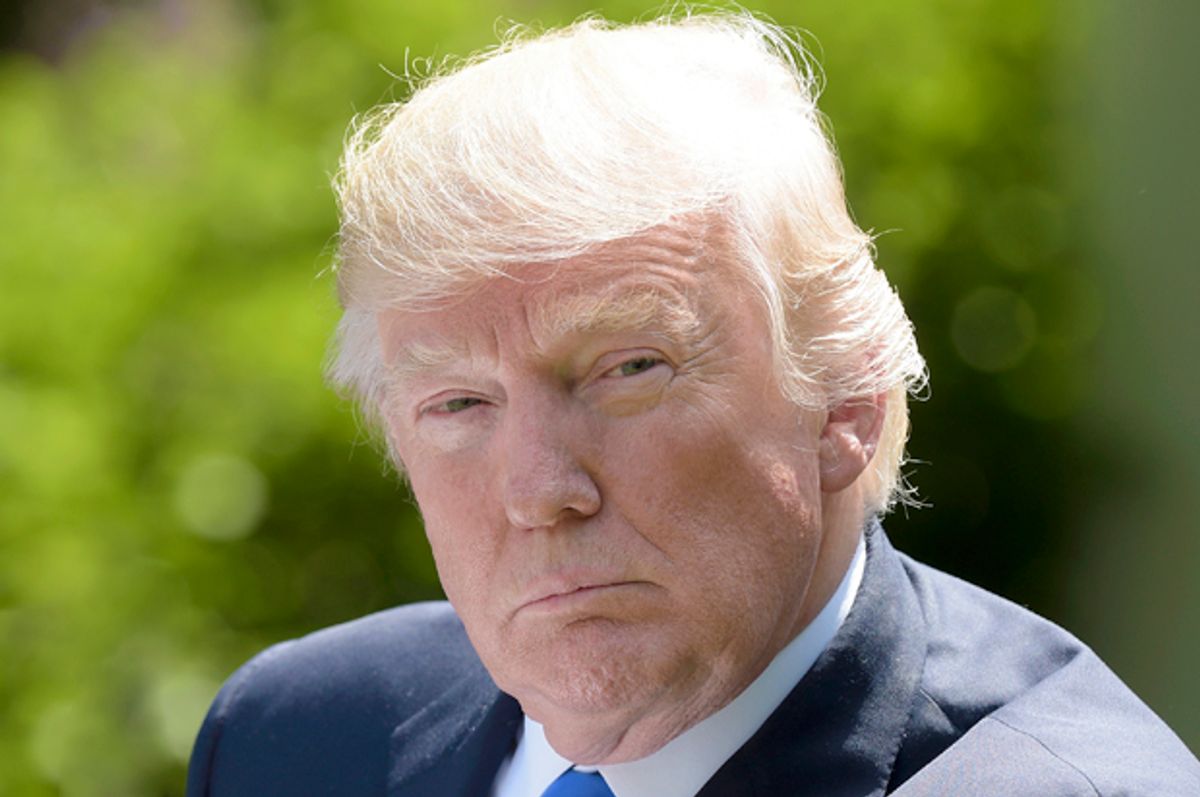 President Donald Trump's second-quarter average job approval rating of 38.8 percent is the lowest of any president in history, according to a new Gallup poll.

The numbers are down from Trump's first quarter which was also a historic low, where he polled with an average approval rating of 41.3 percent. The second-quarter period spanned from April 20 through July 19, a time frame in which no other president has ranked as poorly as Trump. Only former President Bill Clinton has been polled "below the majority level of approval at a comparable point in his administration," according to the poll.

"Most presidents were still in the honeymoon phase of their presidencies during their second quarter, and enjoyed approval ratings above 60 [percent], with John Kennedy and Dwight Eisenhower both above 70 [percent]. The average approval rating for elected presidents in their second quarter is 62 [percent], meaning Trump's support is 23 percentage points below the historical norm," Gallup reported.

Trump's rating averaged in the low 40 percent range up until he fired FBI Director James Comey on May 9. Since then, his rating has stayed in the high 30 percent range, according to Gallup. The president had a slight lift in ratings after the terrorist attack at an Ariana Grande concert in Manchester, England, where he averaged a 41 percent approval rating for the week of May 22 through May 28.

"Trump maintains solid support among his fellow Republicans. However, with fewer than three in 10 Americans identifying as Republican he cannot rely on Republicans alone to have healthy job approval ratings," Gallup reported.

Though it's still early, Trump is also currently on pace to register the lowest approval rating of any president in a full term — a title held by former Presidents Harry Truman and Jimmy Carter.