When released, "The Winds of Winter" will be the latest installment in "A Song of Ice and Fire" 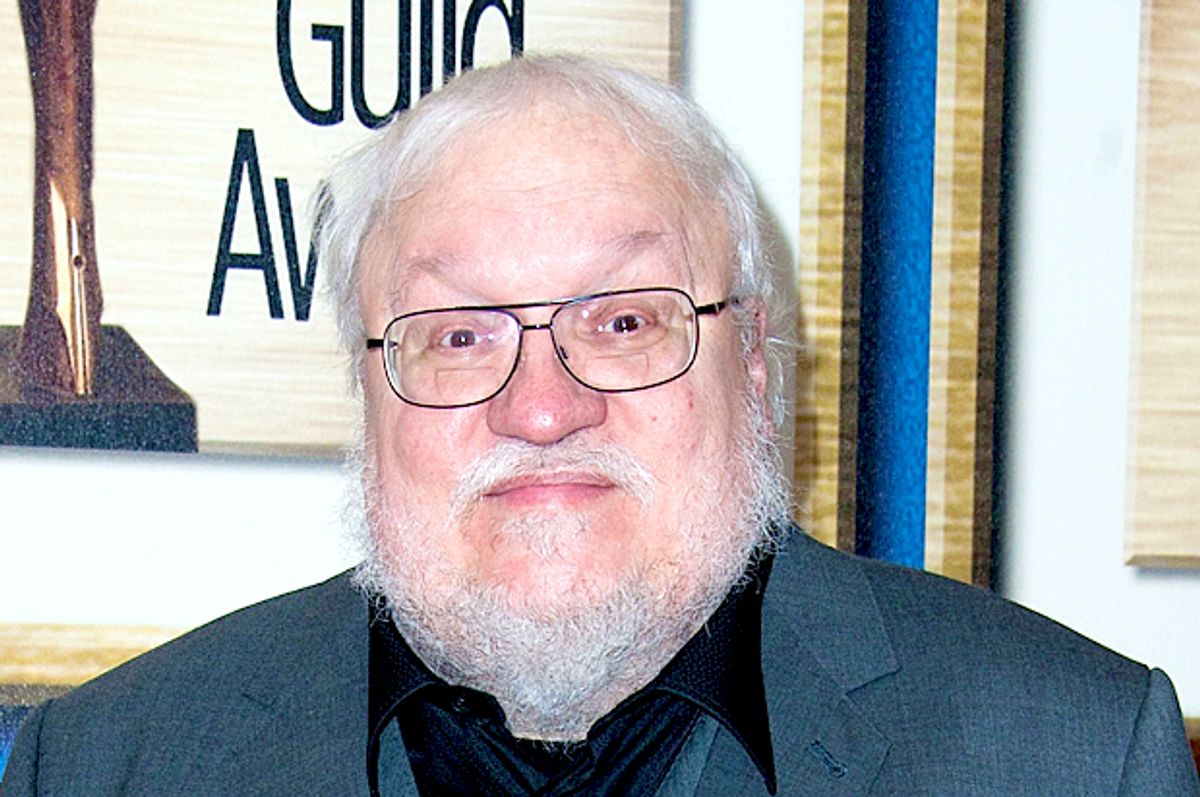 George R. R. Martin is offering hope — not a promise, mind you, but hope — to fans of his book series "A Song of Ice and Fire," which is perhaps best known for being the inspiration behind the hit HBO show "Game of Thrones."

The prospect he's dangling before them? That "The Winds of Winter," the long-awaited sixth installment in the series, may be published before the end of 2018.

"I've seen some truly weird reports about ["The Winds of Winter"] on the internet of late, by 'journalists' who make their stories up out of whole cloth," writes Martin on his blog. "I don't know which story is more absurd, the one that says the book is finished and I've been sitting on it for some nefarious reason, or the one that says I have no pages. Both 'reports' are equally false and equally moronic."

Martin adds, "I am still working on it, I am still months away (how many? good question), I still have good days and bad days, and that's all I care to say. Whether WINDS or the first volume of FIRE AND BLOOD will be the first to hit the bookstores is hard to say at this juncture, but I do think you will have a Westeros book from me in 2018... and who knows, maybe two. A boy can dream..."

"Fire and Blood" is to be a prequel to the "A Song of Ice and Fire" stories. Projected to be two volumes it will, “cover the history of Westeros from Aegon’s Conquest up to and through the regency of the boy king Aegon III (the Dragonbane)”.

The new book, which has been hotly anticipated ever since its predecessor was released in 2014, has been in and out of the news for years. In 2014 Martin announced that he had completed "certain chapters" of the book, while last year he released a sample from the book for his fans to enjoy.

Considering that the "Game of Thrones" TV series has already moved past the books in many plot points, it remains to be seen whether Martin's latest installment will be able to receive as much critical and fan acclaim as its small-screen counterpart.