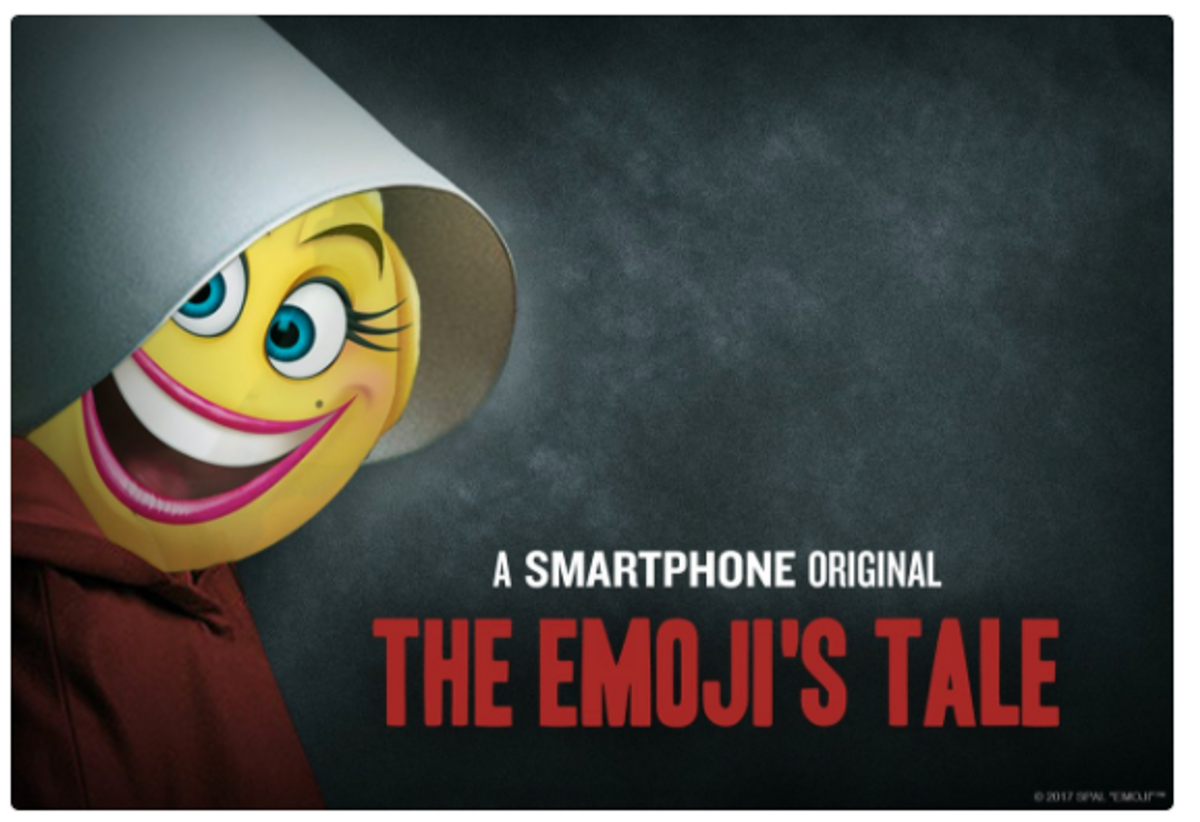 Today in unfolding PR disasters: the marketing team behind "The Emoji Movie" — a computer-animated kids' movie about anthropomorphic digital hieroglyphs, in which Patrick Stewart plays a piece of poop — posted a promoted advertorial tweet in which marketers inserted cutesy emoji into the poster for "The Handmaid's Tale," a dystopian television series about a patriarchal society in which women are sex slaves and treated as chattel. As of 7:00pm eastern time, the tweet was still live.

"The Handmaid's Tale," a very R-rated Hulu show based on the Margaret Atwood novel of the same name, has had an outsize effect on culture this year. In the wake of Donald Trump's election and the ongoing GOP war against women's reproductive rights, many saw parallels in the patriarchal authoritarian world the show depicts and the real-world political attacks on women. In the show's universe, "handmaids" are the term for the fertile women who are kept and raped by men of high status so that they can bear them children; the red outfits and lampshade-like hats, as depicted in the tweet from "The Emoji Movie" above, are the garb that handmaids are forced to wear.

The symbols of handmaids have become so potent that some have staged protests around the country wearing the handmaid dresses, to symbolize the silence and subjugation of women at the hands of a patriarchal political class. When Donald Trump spoke in Poland earlier this month, one group of dissidents dressed as handmaids in protest of the Trump administration's policies towards women.

Given the heavy political implications and the show's depictions of sexual violence, one would think it wouldn't be a great object of parody in order to promote a summer popcorn flick marketed to families and children.

Predictably, many commenters immediately dragged the film's marketers for their cringeworthy ad campaign.