“Conversation Nation” survey suggests singles are seduced by words, but are afraid to say so out loud 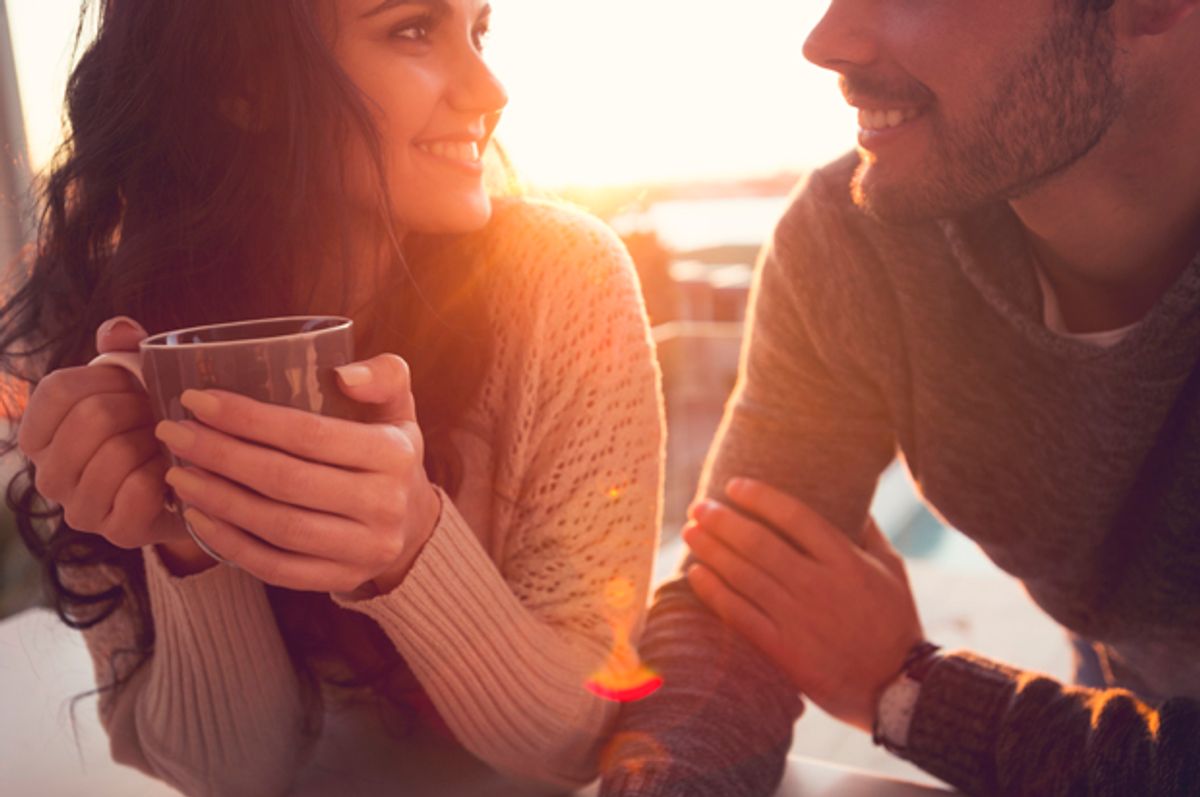 Once upon a time romance began with a chance eyelock from across the bar, a quick flash of a smile, or an accidental-but-not-really graze of the fingers. From there a good wit or a sincere compliment were rumored to take the initial attraction to the next level in a dizzying flood of feel-good hormones and neurotransmitters. A connection is concretized with a conversation that leaves you wanting more with each word.

Nowadays, however, conversations are stymied due to an increased dependency on social media and digital devices. From a romantic standpoint, phones and apps often serve as a panderer to fast and effortless hook-ups that leave people wanting more not due to quality, but rather deficiency of substance.

A new survey called “Conversation Nation” by dating app Plenty of Fish reveals the depths of American singles’ desire to connect on an intimate level that doesn’t have everything to do with sex. In fact, 90 percent of respondents reported great conversation as being the top marker of a great date. Face-to-face conversations illuminate a potential partner’s intelligence and sense of humor, which are both desirable traits that also serve to make people seem more attractive.

But something strange is going on, especially with Generation Z. While 87 percent of Gen. Z respondents said they prefer in-person conversation with someone they’re interested in, 62 percent said they’re too nervous for face-to-face conversation. Generation X and boomers reported less anxiety by comparison (32 percent and 26 percent), but the reasons were the same across the board. All three groups reported fear of rejection and not knowing what to say as the reasons for being hesitant to start a conversation. It’s hard to curate a conversation IRL as it’s happening.

Awkward and uncomfortable in-person interaction extends beyond romantic interest. Survey respondents reported a reduction in things like everyday manners, with 66 percent agreeing that common courtesy is a lost art. The cause for losses in conversation and courtesy is due in large part — you guessed it — to our phones. Sixty-one percent of survey respondents believed technology has negatively impacted our ability to have meaningful face-to-face conversations. This occurs because people have become conditioned to check their phones 76 times per day, a rude distraction for any interlocutor. Additionally, excessive phone use causes a person to become accustomed to keeping their head down, which of course greatly reduces eye contact and one’s level of comfort with it. And quite simply, our phones have made us terrible at communicating out loud and in person.

It’s easy to spot: social media influencers with thousands of followers on the ‘gram whose conversations largely consist of the phrase “yeah, for sure!” before an awkward scramble to retrieve their phone to check for the third time in two minutes.

Another reason for decline in in-person conversation is reduced ability and willingness to listen. How often do we absorb a friend’s or lover’s words instead of waiting for an opportunity to jump in? Are we all guilty of dismissing someone’s feelings or news as easily as we scroll through a user’s social media pages? It’s not surprising that selfie culture has lead to self-destructing social skills but it’s sad to think we’ve willingly enclosed ourselves to the confines of our phones, head bowed enough to update the digital world on what we’re doing but not enough to see where we’re going.