"A revolutionary place to live and work" the advertisement says, adding a cigar and sunglasses to Guevara. 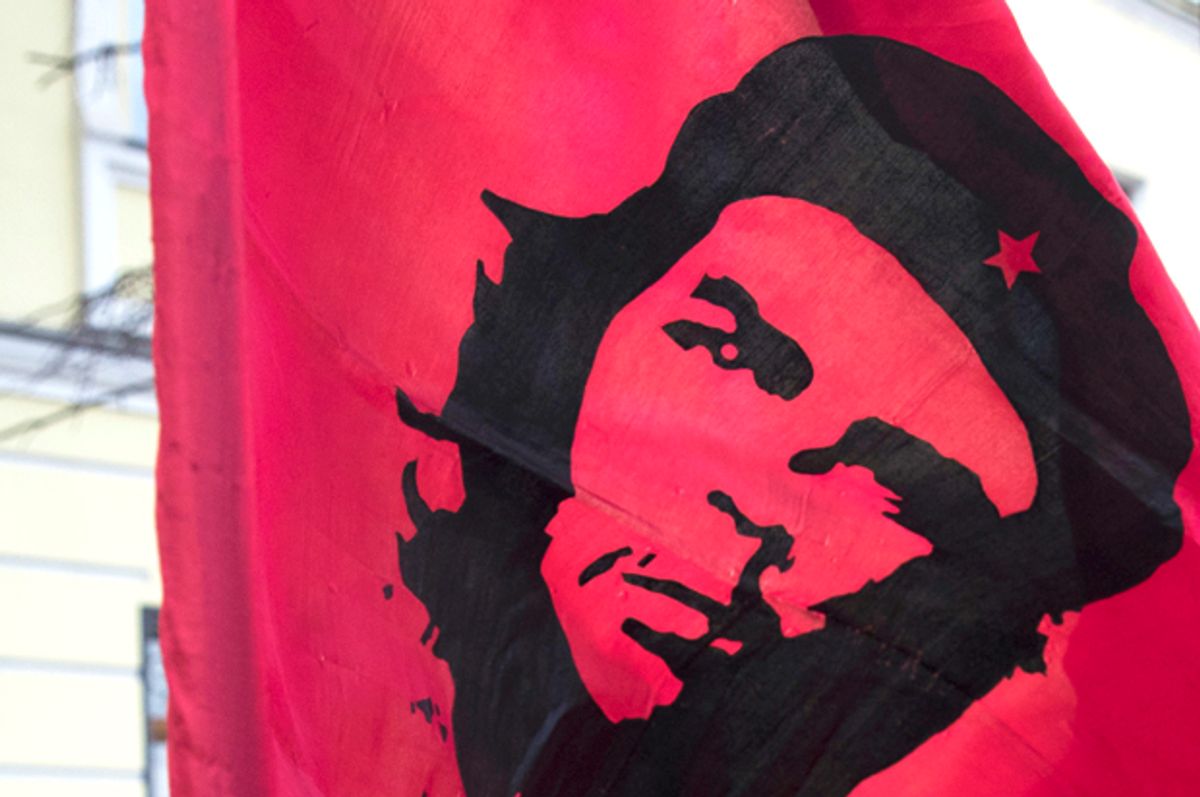 In an effort to advertise apartments and office space, a company chose to use a massive version of an iconic image of Marxist revolutionary Che Guevara. Predictably, a Twitter users image of the building's advertisement went viral.

"A revolutionary place to live and work," the advertisement said under the picture of Guevara with an addition of aviator sunglasses and a cigar in Bristol. According to Adweek "a new mixed-use development called Cigar Factory is using Guevara’s famous image" in an effort to "promote its available office space and apartments."

"I think I've found the absolute worst marketing material for shitty luxury flats," wrote Twitter user George Rowland. He is a resident of Bristol, according to Adweek.

The irony in the anti-capitalist revolutionary being used as an advertisement for apartments and office space is quite remarkable, but it's not the first time the image has been used for commerical end. "During a 2012 Consumer Electronics Show presentation, Mercedes-Benz chairman Dieter Zetsche introduced the company’s new car-sharing program, with the statement that some 'still think that car-sharing borders on communism . . . but if that’s the case, viva la revolucion,'" Adweek reported.

The famous image of Guevara, "Guerrillero Heroico," was snapped by Cuban photographer Alberto Díaz “Korda” Gutiérrez. The image has also become "the subject of numerous lawsuits by Gutiérrez, and later his daughter, over its commercial use in advertising and PR campaigns, including a 2001 Smirnoff campaign," Adweek reported. It's presence on t-shirts worldwide is near ubiquitous.

Of course Twitter users were less than pleased, and expressed some interesting reactions.