"The Opposition" is heading to Comedy Central in September 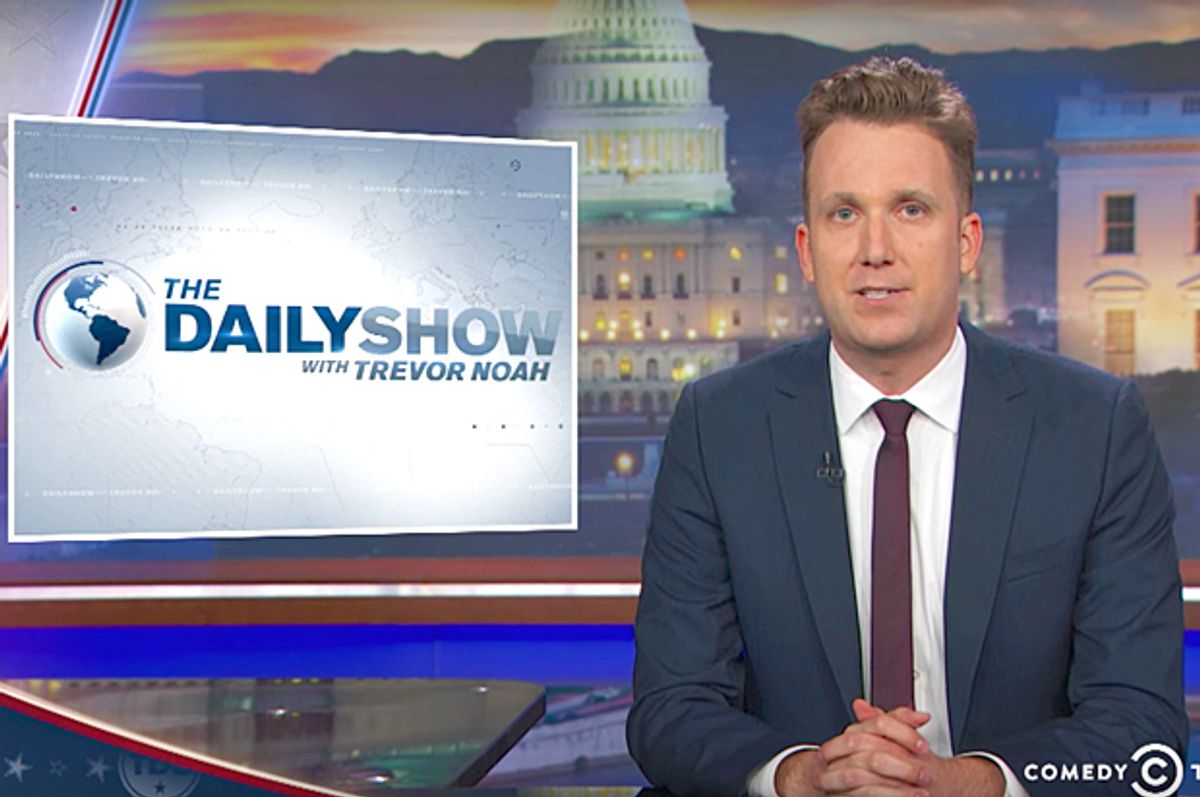 It's long been known that Jordan Klepper, a charming upturned broom who is also a correspondent on Comedy Central's "The Daily Show," would be getting his own series at that network. Now, at last, we're getting some details on the production called "The Opposition".

According to a statement published on Deadline, the show, which will blend elements of "The Daily Show" with Klepper's meet-the-public segments on it, will,  “satirize the hyperbolic, conspiracy-laden noise machine that is the alternative-media landscape on both the right and left.” The description continues, saying the show is, "the voice of the new America. It is the America that defines its own reality. It’s the America of paid protestors, Obama’s birth certificate, and the certainty that CNN is fake news."

Clearly, the paranoid, red-faced, screaming hedgehog that is Alex Jones is the target here, as is Breitbart, Donald Trump, Fox News and, yes, the wide collection of leftie, progressive news sites that claim Hillary Clinton invented chemtrails and Flintstones Chewables cause autism. How wonderfully timely.

In this, "The Opposition" seems primed to mirror the success and aim of "The Colbert Report" — the show starring Stephen Colbert as a bloviating right-wing host of an America-first Fox Newseque program that ran on Comedy Central from 2005 to 2014. Like the "Colbert Report," "The Opposition" is a spin-off of Comedy Central's tentpole light-night series, "The Daily Show," and will appear right after it in the 11:30 p.m. time slot. Both Colbert and Klepper were popular correspondents and sometime hosts of "The Daily Show".

Klepper was noted on the "Daily Show" for his well-received "man of the street" reports, ones that confronted groups such as Trump supporters, gun enthusiasts and others for their often self-contradicting belief systems. His hourlong special, "Jordan Klepper Solves Guns" was a moderate success for the network.

As perhaps a mark of the times, "The Opposition" shifts its focus from the club-tied passing generation of right-wing punditry to the newer, nastier, less centralized model that includes Jones' Infowars, the internet and, to some extent, the President of the United States.

Upon initial news that Comedy Central was in development on a new half-hour program for the 11:30 time slot featuring Klepper, some criticized the network for again putting a white man behind the anchor desk for a series backing up "The Daily Show". Previously, "The Minority Report" starring Larry Wilmore had owned the time slot.