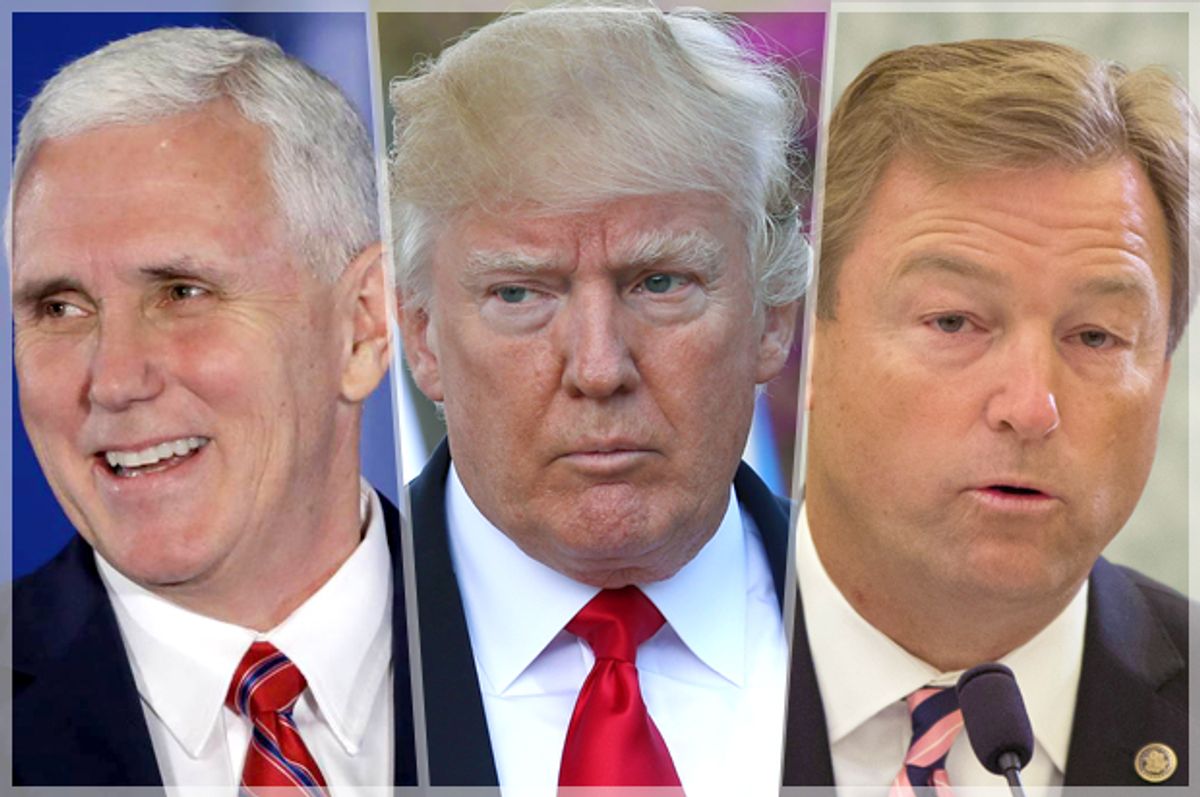 Mitch McConnell was able to save face on Tuesday, rallying just enough of his Republican conference in the Senate -- including John McCain, who rushed to Capitol Hill days after receiving a brain cancer diagnosis -- to finally begin debate on a bill to repeal the Affordable Care Act. As with the vote on a bill to gut federal funding for Planned Parenthood earlier this year, McConnell relied on Vice President Mike Pence to break a 50-50 tie and fulfill a basic Republican campaign promise.

Although the details of the scaled-down version of a repeal-and-replace bill remained unclear at the time of the vote, 50 Senate Republicans voted in favor of a motion to proceed to debate, an important procedural vote on health care reform. As protesters shouted “Kill the bill” from the Senate gallery, Vice President Pence provided the necessary 51st vote.

Susan Collins of Maine and Lisa Murkowski of Alaska were the only Republicans to vote against the motion to proceed, joining all 48 Democrats. (That counts Angus King of Maine and Bernie Sanders of Vermont, independent senators who caucus with the Democratic minority.) The Senate will now consider amendments to the legislation. A vote on the final health care bill -- whatever it ends up looking like -- could come in days.

One bill under consideration is a "skinny" repeal that would eliminate the individual mandate penalty, the employer mandate penalty and the medical device tax within the Obamacare law, according to NBC News. The Congressional Budget Office has estimated that the various versions of Republicans' health care plan would result in anywhere between 22 to 32 million people losing insurance coverage. Only 50 members will be needed for passage of whatever bill Republicans ultimately agree on -- since Pence could be counted on to provide the clinching vote in that case as well.

Tuesday's vote comes after weeks of setbacks for Republicans, who could not muster enough votes for the original Senate repeal-and-replace bill, or for a straight repeal of the Affordable Care Act.