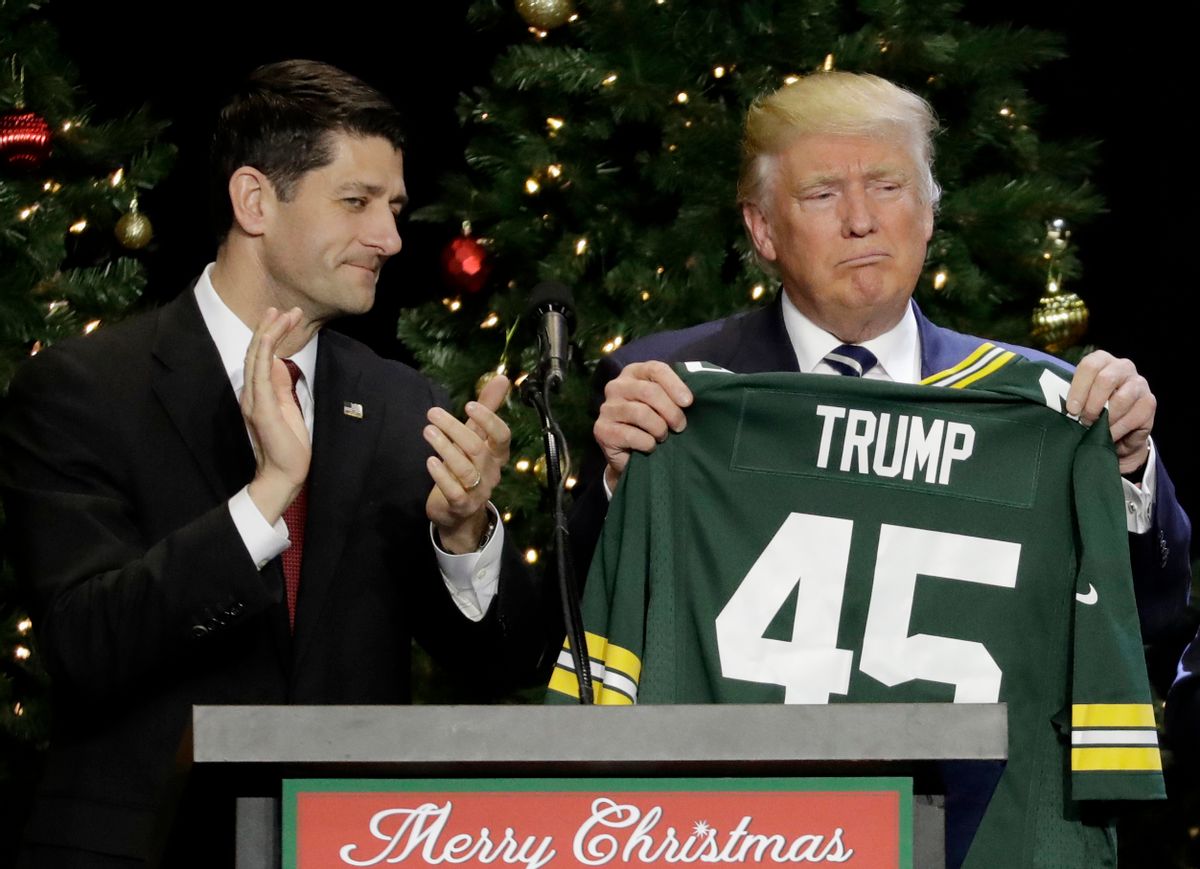 When asked about the possibility that Trump would fire Attorney General Jeff Sessions and then make a recess appointment to result in the firing of Robert Mueller, the special counsel investigating the Russia scandal, Ryan defended the Republican president.

After a member of the media pointed out that firing Sessions because he recused himself from the Russia investigation could be construed as obstruction of justice, Ryan essentially repeated his earlier answer.

"It's up to the president to decide what his personnel decision is and any possible fallout that comes from that. If he has concerns with anyone in the administration, their conduct on the job, I'm sure he's going to talk to them directly."

Ryan's submissive answer toward Trump reflects the tragic trajectory of their relationship. When Ryan stood up to Trump after the "Access Hollywood" tape was leaked with him making misogynistic comments — he famously said that he felt "sickened" by Trump's remarks — he quickly became a pariah among Trump supporters. In addition to being booed by Trump supporters at one of the House Speaker's own rallies (where Trump wasn't present), he also was on the receiving end of chants of "Paul Ryan sucks!" at Donald Trump rallies. He was also, not surprisingly, targeted in Trump tweets like this one:

Trump has reciprocated this ill will in the White House, such as allowing the hiring of a Breitbart writer well-known for her animus toward Ryan. He is also rumored to have blamed Ryan for the initial failure of the House health care bill.