The Fox News host might be above boycotts, but thinks it is appropriate for Trump voters to harass journalists 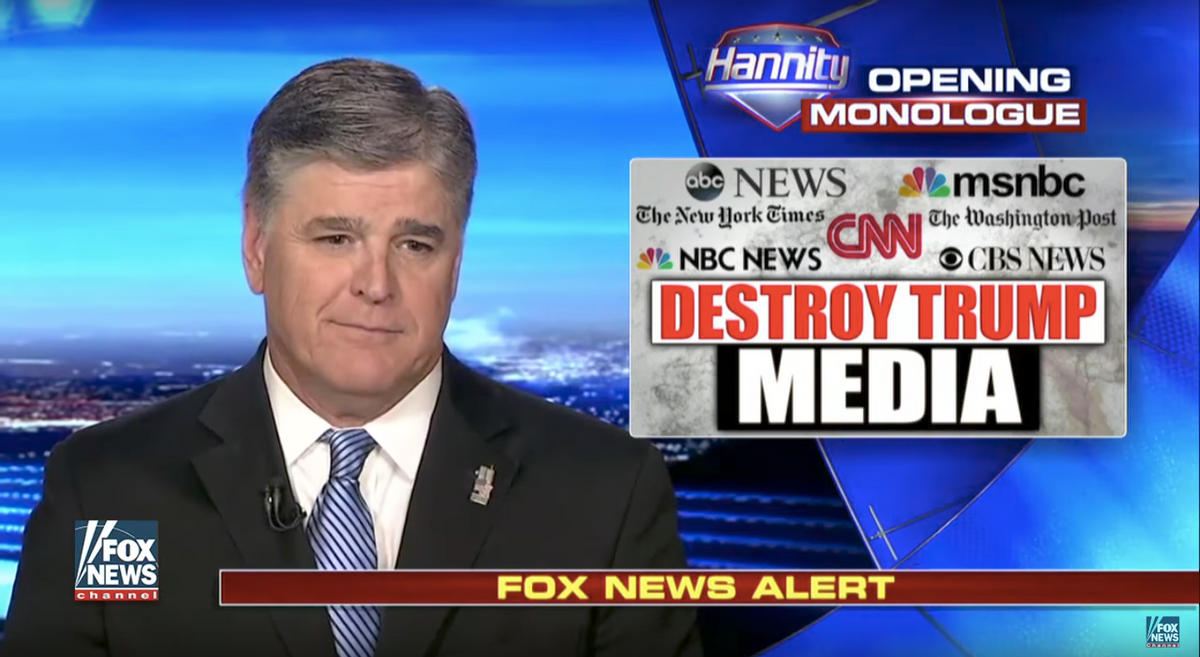 It's a weird push by the right-wing commentator, who expressed outrage earlier this year when TV viewers began to boycott advertisers of his show. He called the campaigns censorship and insisted he was above the tactic. But over the past few months, he seemed to soften his stance on boycotts, supporting one of MSNBC host Rachel Maddow.

In a mini-monologue Monday, the beleaguered host, who recently peddled unfounded conspiracy theories, told his viewers he was going to show them how to "hold members of the destroy-Trump media accountable." He noted that White House advisers such as Sebastian Gorka, Kellyanne Conway and Anthony Scaramucci have appeared in contentious interviews in recent weeks to counter the Russia hacking narrative.

"They have been speaking out on the very programs that spew the misinformation and lies about the president and standing up to these pundits and so-called journalists who treat the White House with hatred and disdain," Hannity said. "I'm loving this fight back."

"They are beginning to shine a bright light on the dark corners of the fake news industry," he added. "And, finally, thanks to social media, you can, too."

Hannity then proceeded to name the very journalists he'd like to see targeted:

For example, you can tell fake news Jake Tapper exactly what you think of his interview with Anthony Scaramucci. You can do it on Twitter. Or you can message Brian Stelter — Humpty Dumpty, Jeff Zucker's stenographer about his Russia, Russia, Russia obsession.

And of course you got liberal [MSNBC "Morning Joe" host] Joe [Scarborough] calling the president a schmuck, a goon, a thug and mentally unhinged. If you don't think those remarks are appropriate, just send him a tweet. Then, of course, you got [co-host] Mika [Brzezinski] helping him out; the over-the-top feigning outrage.

Hannity said that it was the voters' job to remind the press that media members are living in a "little bubble." And, thanks to technology, it is possible for them to take their complaints directly to the source.

He said that Trump fans must show America's elites that the "forgotten men and forgotten women of this country voted for this agenda," even though more people voted for Hillary Clinton than President Donald Trump.