Angelina Jolie reveals she had Bell's Palsy — what is it?

The award-winning actress revealed that she has the medical condition to Vanity Fair, but what exactly is it? 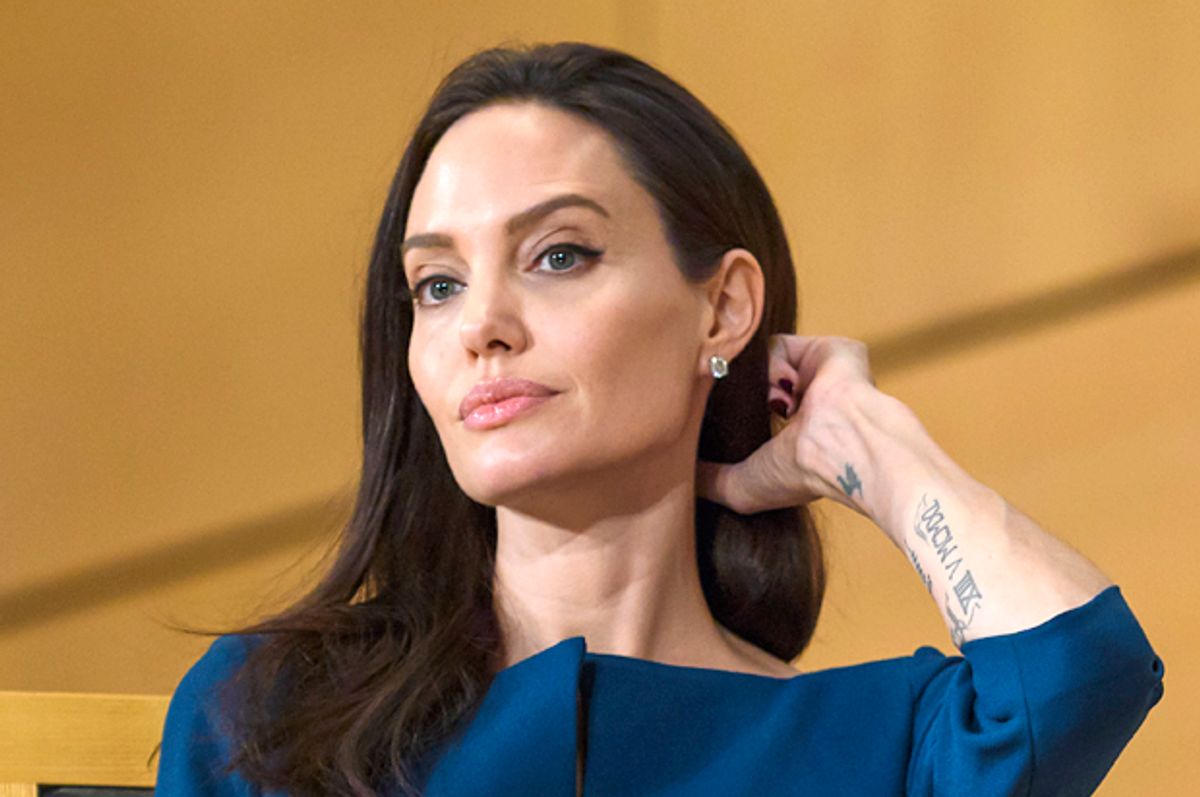 In an intimate interview with Vanity Fair, award-winning actress Angelina Jolie opened up about the most difficult year of her life and revealed her recent diagnosis with Bell's Palsy, a form of temporary facial paralysis.

The diagnosis follows a much longer battle with health related issues. In May 2013, Jolie had a preemptive double mastectomy after discovering she had a defective gene that gave her an 87 percent risk of developing breast cancer. Just two years later, she revealed she underwent surgery to remove her ovaries and fallopian tubes, a preventative measure so that her "children will never have to say, ‘Mom died of ovarian cancer.'"

Jolie claims her dedication to being present in the lives of her children has both given her the strength to deal with her latest diagnosis and may have indeed caused the condition in the first place. She tells Vanity Fair writer Evgenia Peretz that she employed acupuncture to successfully treat the condition.

"Sometimes women in families put themselves last," she said, "until it manifests itself in their own health."

According to the National Institute of Neurological Disorders and Stroke, Bell's Palsy affects nearly 40,000 Americans each year. The disease is characterized by nerves causing facial muscles to become swollen and inflamed, resulting in the weakness or paralysis of the muscles.

Despite the large numbers of people touched by the condition and its very visible manifestations, very little is actually known about the causes of Bell's Palsy. While it's up for debate, many scientists attribute it to viral infections, such as viral meningitis, influenza, herpes simplex-1, other flu-like illnesses and even diabetes. It's unknown if Jolie suffered from any of those conditions.

Treatment for Bell's Palsy varies from person to person, depending on the severity of one's condition. Mild cases of the disease can go away on their own and last for as little as two weeks, while more aggressive instances can be long lasting, prompting a more hands-on approach to treatment like physical therapy, facial massaging and acupuncture. Certainly, that last remedy is what Jolie credits for her recovery from Bell's Palsy. Luckily, most people diagnosed with the disorder recover completely and regain normal function of their facial muscles in three to six months.

Nonetheless, Bell's Palsy must be a particularly disturbing thing to live through for any person, let alone someone who lives in the public eye and often makes their living through acting, a profession that requires total control of the face. While isn't not exactly clear when Jolie suffered from Bell's Palsy, her statements seem to suggest it did not coincide with any of her onscreen appearances. She wrapped production on her last onscreen role, the lead in "By the Sea," in late 2014.