How distant winds may be causing Antarctic meltdown 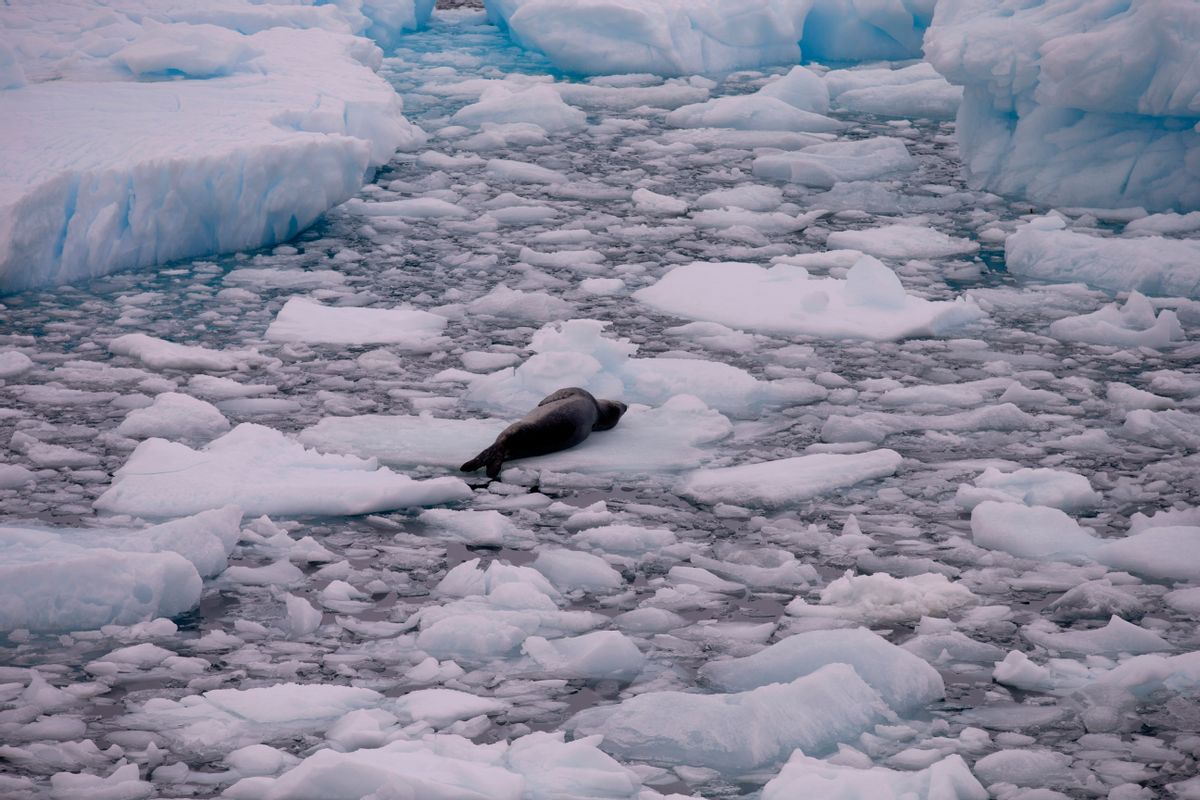 Estimates of just how much sea levels will rise and inundate coastal areas vary widely. One of the reasons is that scientists just aren’t sure how quickly the vast ice sheets of Antarctica might melt into the sea because of the myriad triggers causing the ocean warming that is fueling that melt.

New research suggests one more unexpected culprit: Changing winds at one end of the continent could actually be setting off a series of changes, like a set of falling dominoes, that pushes warm water below the ice at the other end, thousands of miles away.

Finding these pieces of the Antarctic melt puzzle and putting them together will help scientists better pin down how much sea level rise is in store as the world warms, and when cities from Miami to Shanghai may largely disappear from the map.

Sea levels have already risen by about 8 inches since the beginning of the 20th century from a combination of melting polar ice and the expansion of ocean waters as they absorb some of the excess heat trapped by human-emitted greenhouse gases. And while 8 inches may not seem like much, it is already causing more costly damage from coastal flooding.

Storm surges created by hurricanes and other storms, like Hurricane Sandy, are stronger and higher than in the past, and there are more instances of so-called sunny day flooding, when tidal forces push water into the streets of Miami, Norfolk, Va., and other coastal cities.

The last Intergovernmental Panel on Climate Change report estimated that the world could see another 10 to 40 inches of sea level rise by 2100, but that is considered a fairly conservative estimate. More recent research has suggested that Antarctic melt alone could push sea levels up by 3 feet by the end of the century, which would devastate coastal communities around the world.

Much of that melt could come from key areas of Antarctica where fast-retreating glaciers could destabilize large sections of the ice sheet. The primary driver of their melt is warm water pushing in under the floating sections of the glaciers, called ice shelves. As the water eats away at the ice from below, the thinner ice shelves exert less force on the glaciers, allowing them to flow faster to the sea, raising sea levels.

Scientists thought that changing local wind patterns — themselves linked to warming — could be pushing the water under the ice shelves, with the altered winds blowing over the ocean surface near West Antarctica providing the push.

They didn't expect changes to winds across the continent to be a factor, but that's what climate scientist Paul Spence noticed when he was looking at climate models. He saw that certain changes in East Antarctica created a big warming signal in West Antarctica, which is some 3,700 miles away.

What seems to be happening is that the changes in winds along the East Antarctic coast cause sea levels to drop near the coastline, which sets off large-scale waves (not quite like those that break on the ocean's surface) that travel along the coastline at more than 400 mph. When these waves hit the steep topography off the western coast of the Antarctic Peninsula, they pull the warm water of the current called the Circumpolar Deep Water toward the coast.

The work of Spence and his colleagues, detailed July 17 in Nature Climate Change, shows that this process can cause significant warming under the ice shelves.

“These coastal wave phenomena are found all over the ocean, but their influence on climate (and Antarctic melt) was never recognized. Indeed, it’s kind of strange and unexpected that they can drive glacial melting,” Spence, of the Climate Change Research Centre of the University of New South Wales in Australia, said.

This finding, though, is only one potential piece of the puzzle, and one that still needs to be investigated more to figure out exactly what is happening and how local and long-distance changes might be interacting and which is most important.

“This is another episode of the complex saga of understanding the complexity of ice-ocean-atmosphere interactions in Antarctica,” Eric Rignot, a climate scientist with NASA and the University of California, Irvine, who studies Antarctic ice shelves but wasn’t involved in the study, said. “It is, however, important to not only look at the impact this may have in West Antarctica but also on the vulnerable parts of East Antarctica, especially the Wilkes Land sector and its large sea level rise potential.”