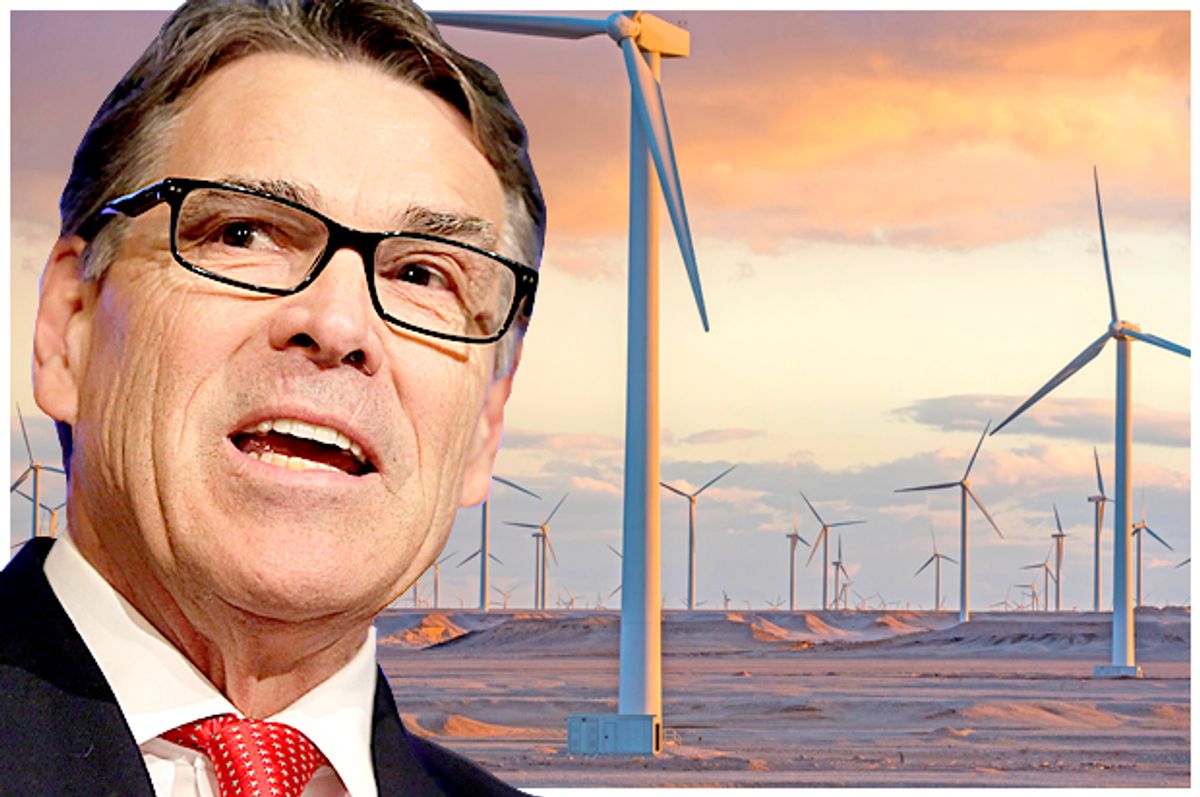 If Rick Perry thought his most embarrassing political moment was forgetting the name of the Energy Department at a 2011 presidential debate, he was wrong.

Thanks to a pair of Russian prank callers, the energy secretary has emerged as someone who doesn't realize that he's being tricked — even after a supposedly serious political conversation turns to the subject of pig manure.

In a recent phone conversation with Vladimir “Vovan” Kuznetsov and Alexei “Lexus” Stolyarov, Perry (who apparently believed he was speaking with Ukrainian Prime Minister Volodymyr Groysman) discussed building a Baltic pipeline, exploring for natural gas in Ukraine and President Donald Trump's decision to remove America from the Paris Climate Agreement.

Most notably, however, Vovan and Lexus were able to convince Perry that Ukrainian President Petro Poroshenko had invented a new biofuel that combined homemade alcohol with pig manure. If Perry had any skepticism about the veracity of this claim, or the entire conversation, he kept it to himself, instead saying he would like to learn more about the "scientific development."

A spokeswoman for Perry told The Washington Post by email that "Secretary Perry is the latest target of two Russian pranksters. These individuals are known for pranking high level officials and celebrities, particularly those who are supportive of an agenda that is not in line with their governments. In this case, the energy security of Ukraine."

Vovan and Lexus first became international celebrities in 2015, when they convinced Elton John that they were Russian President Vladimir Putin. Since then, some critics have accused them of being able to pull off their stunts with the help of Russia's security services, a claim they deny.

As Lexus told The Guardian in 2016, "We work for ourselves, for nobody else. People are always offering us to get involved in their dirty games. I was offered $100,000 to secretly prank [a member of the British Parliament]. But we refuse."

Vovan agreed, adding, "We only choose the subjects we are interested in ourselves."