As top foreign policy officials have become worn down, the State Department said Tillerson was on 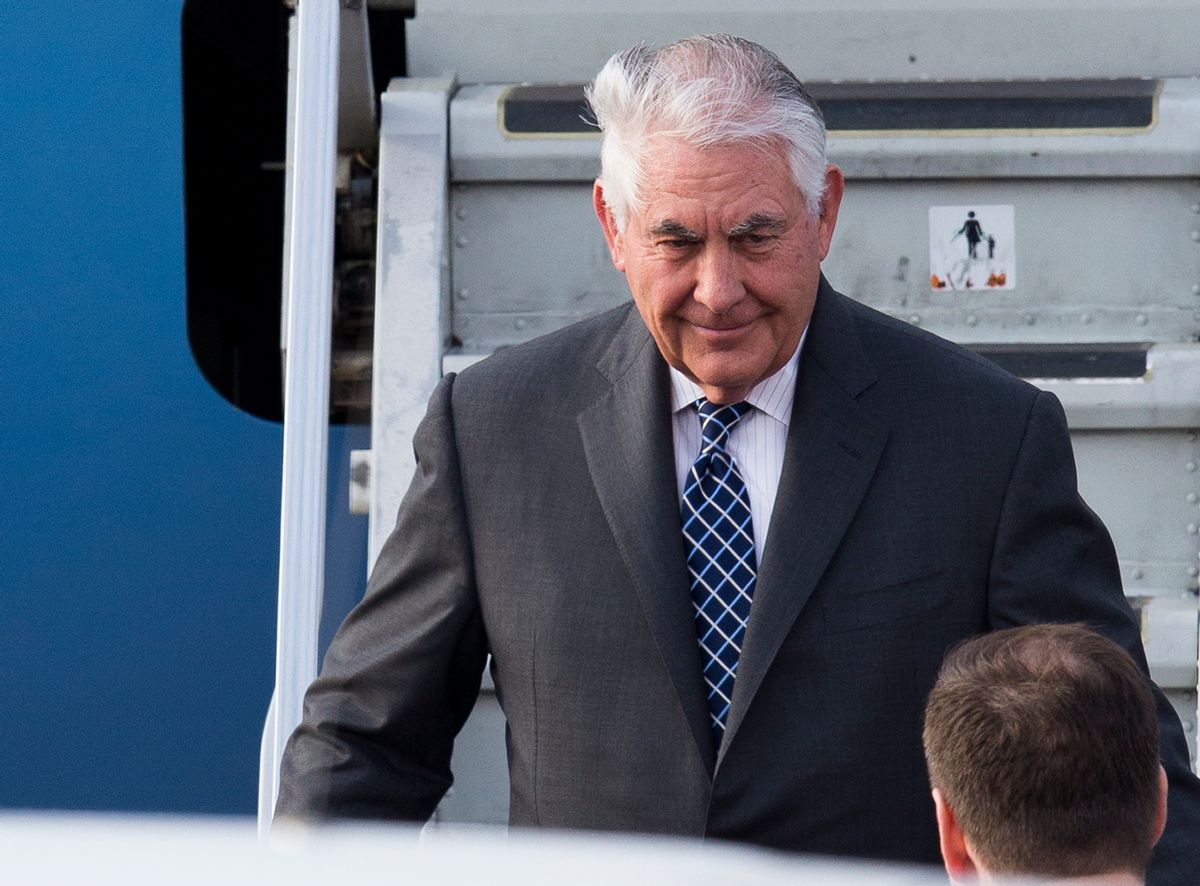 After it was reported that Secretary of State Rex Tillerson has grown frustrated with his job, and may depart from his post as the nation's top diplomat early, a spokeswoman for the State Department said he's "just taking a little time off," on Tuesday.

A reporter had an interesting exchange with State Department spokeswoman and former "Fox & Friends" co-host, Heather Nauert during a press briefing on Tuesday.

REPORTER: You said he [Tillerson] was traveling today.

REPORTER: His public schedule said no available appointments today. It said the same thing yesterday. Last Thursday, it listed nothing, and we know he was on Capitol Hill briefing the House. He was at the Pentagon with the President. Can you say why we’re not being told where he is?

NAUERT: Well, he does have the ability to go away for a few days on his own.

NAUERT: Just taking a little time off. He’s got a lot of work. He just came back from that mega-trip overseas, as you all well know. Many of you were there with the G-20 and his other travel as well. So he’s entitled to take a few days himself.

REPORTER: Of course. I don't think anyone is arguing against that. But why not just say he’s on vacation then?

Nauert then responded saying that she didn't know what the standard was for secretaries of state and "how they actually list private days." But another reporter chimed in and said, "that's pretty standard."

Tillerson has become frustrated with his duties because of the lack of independence he had to do his job, and was also unhappy with internal criticism from President Donald Trump administration's chief strategist Steve Bannon, and White House aide Sebastian Gorka. While it was also reported that Tillerson may have just been venting his grievances after a long week, sources also said that the "situation doesn’t seem to be getting any better, and in some respects appears to be getting worse."

The Trump administration is facing rifts from within, as the president has also continuously berated his Attorney General — one of his earliest campaign supporters — Jeff Sessions, at every opportunity possible.