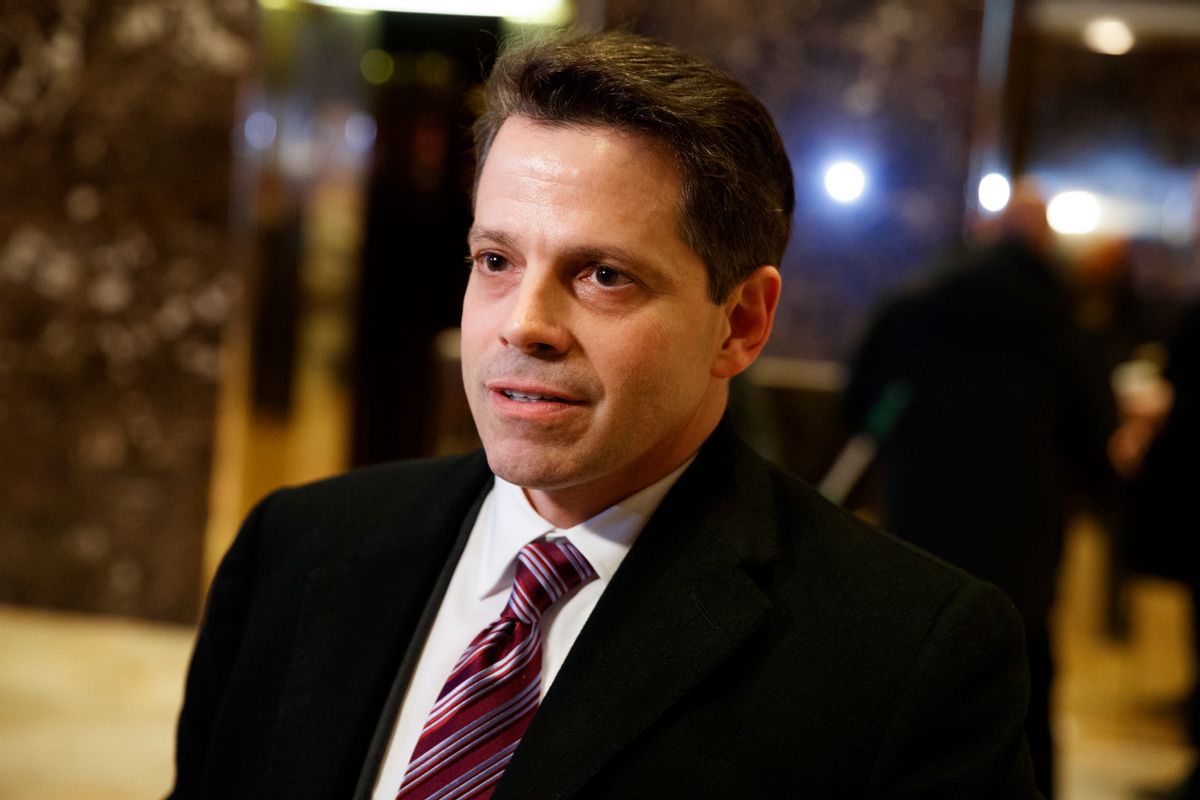 President Donald Trump's new communications director, Anthony Scaramucci, may have caused himself more trouble than he anticipated by complaining about a so-called "leak" that revealed he has an ongoing conflict of interest.

The problem is that the "leaked" information was actually publicly available.

On Wednesday, Politico reported that Scaramucci earned roughly $9.9 million from his investment firm SkyBridge Capital — including a $5 million salary and $4.9 million from his ownership stake — from January 1, 2016 and the end of June, when he joined the Export-Import Bank. Because the firm is currently being sold to two other companies, including the Chinese conglomerate HNA Group, Scaramucci's past involvement and the fact that he is still listed as the company's managing director all raise questions about his potential conflict of interest as a servant of the Trump White House.

As the Politico reporter later told a radio station, she asked the Export-Import Bank, and it was given to her in public disclosure.

In response to the report, Scaramucci posted on Twitter that he was going to contact the FBI and Department of Justice in order to investigate what he described as a "leak" and a "felony."

That tweet was soon taken down, however, perhaps because it was brought to Scaramucci's attention that the Justice Department has rules on contacts with the White House in order to prevent political interference with investigations.

Regardless of his reason for taking down the tweet, however, Scaramucci is insisting that the White House's chief of staff, Reince Priebus, is to blame for the document's "leaking."

Scaramucci: "If Reince wants to explain he is not a leaker, let him do that."
http://t.co/Fpmy4kcQGB

During a call-in appearance on CNN's "New Day," Scaramucci insisted that he was not necessarily blaming Priebus and described him as being like a "brother," but added that "if Reince wants to explain he is not a leaker, let him do that."

Scaramucci has also said that "150 years ago people would have been hung for these leaks... they're treasonous" and admitted that he called CNN reporter Ryan Lizza to find out who had leaked that he had had dinner with Trump. There are even reports that some White House aides are building a diagram to prove to Trump that Priebus is the leaker.