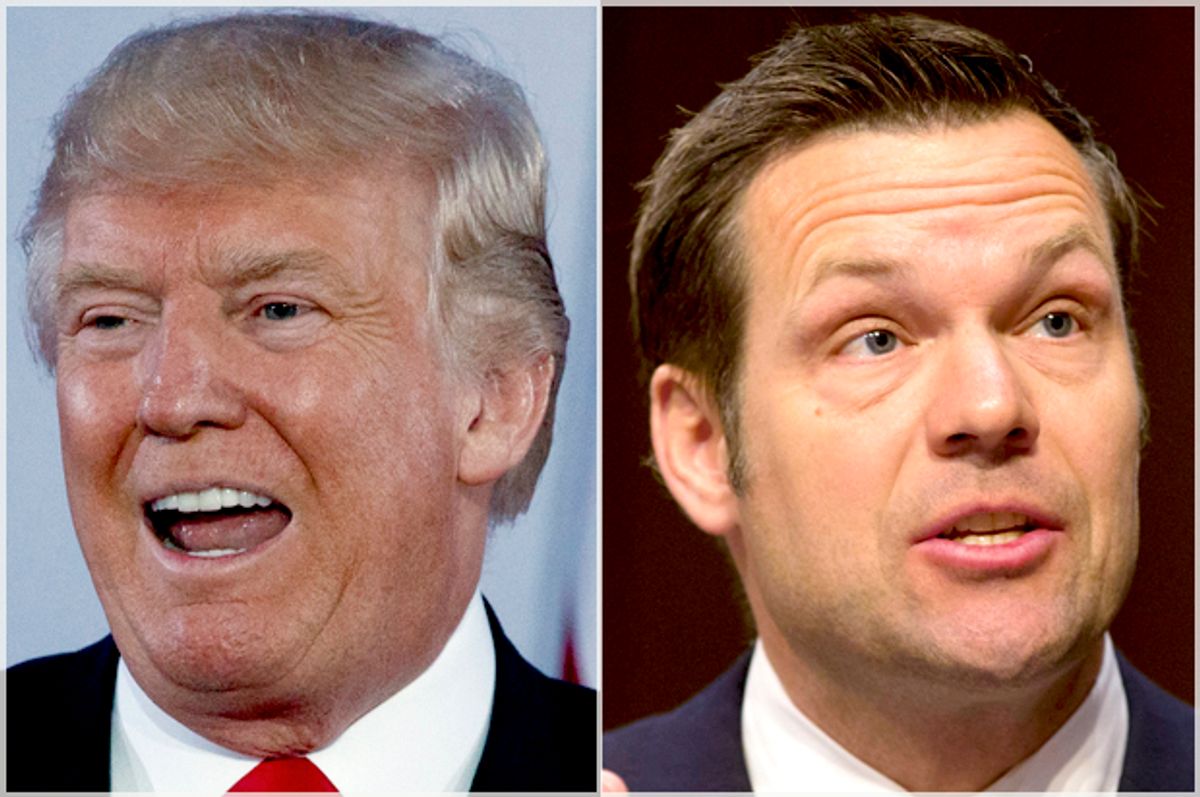 A fine of $1,000 against the vice chair of President Donald Trump's Election Integrity Commission was upheld this week by a U.S. district judge. Kansas Secretary of State Kris Kobach was cited for a "pattern" of "misleading the Court" in cases that dealt with increased voter-ID restrictions in the state.

Kobach, who serves as the Trump commission's vice chair, appealed a fine that was issued earlier this year "for making 'patently misleading representations' to a federal court about a binder he was photographed carrying into a meeting with Trump late last year," the Post reported. "As the defendant in a lawsuit over Kansas’ strict citizenship requirements for first-time voter registrants, Kobach had initially refused to produce that document in court, arguing that it did not contain 'relevant information' to the case," the Washington Post reported. The fine was upheld this week by U.S. District Judge Julie Robinson who called Kobach's credibility into question.

"Robinson cites several other misleading statements Kobach made to the court in the ACLU case, regarding class-action certification and the court’s ruling on a prior procedural question," the Post reported. "Indeed, his assertion in this motion for review that his editing explanation was fairly raised before Judge O’Hara in the first instance is precipitously close to unsupportable," Robinson explained in her ruling. "While these examples do not form the basis for any sanctions award imposed by Judge O’Hara, they do demonstrate a pattern, which gives further credence to Judge O’Hara’s conclusion that a sanctions award is necessary to deter defense counsel in this case from misleading the Court about the facts and record in the future," Robinson continued.

Trump's commission has been rife with controversy since its inception and stacked with voter suppression architects. The commission is also investigating the president's ludicrous claims that he lost the popular vote because millions of people voted illegally, which he has shown zero evidence of. After the Trump administration requested voter information from all states, 5,000 registered voters in Colorado withdrew their registration. The Denver Post reported that there is no evidence that they were ineligible to participate in the voting process.