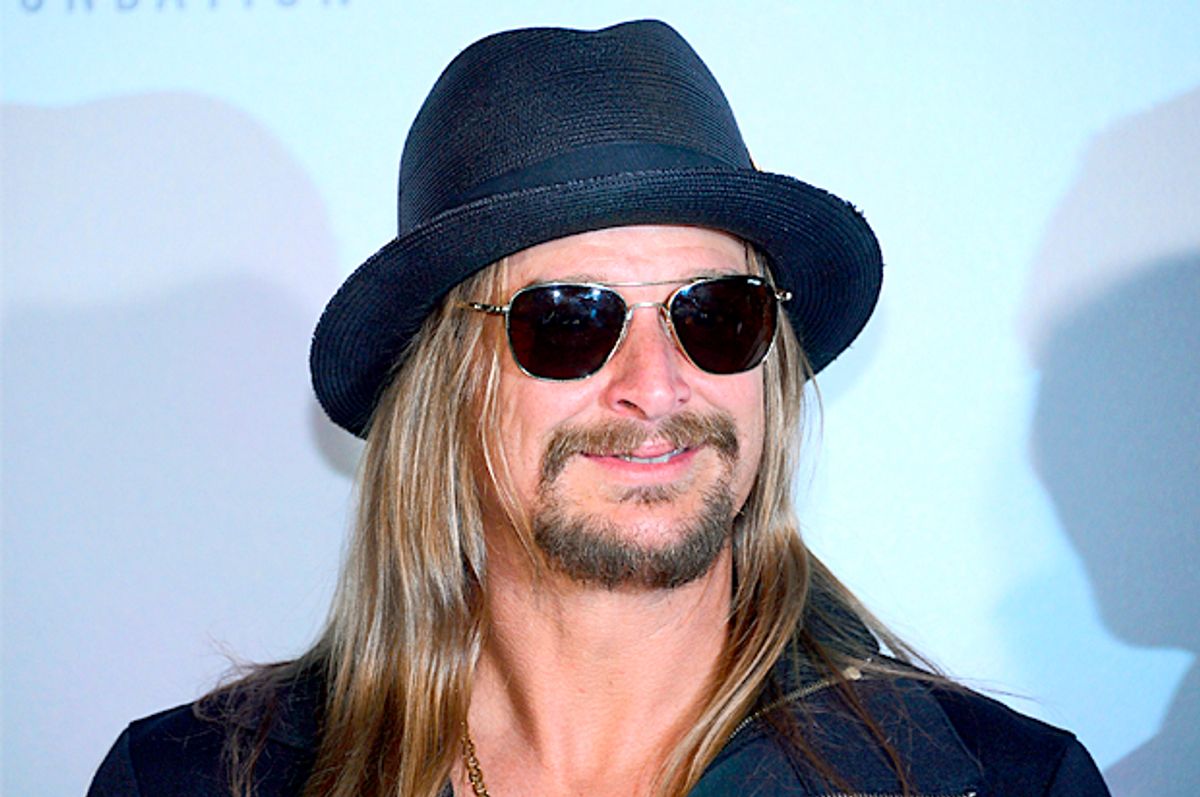 Kid Rock — real name Robert James Ritchie — has launched a new website, kidrockforsenate.com. On it, a statement by Ritchie seems to turn the rock star's tentative, frankly baffling campaign for America's most prestigious legislative body into something all too real.

"When my name was thrown out there for US Senate I decided to launch kidrockforsenate.com," Ritchie writes. "I was beyond overwhelmed with the response I received from community leaders, D.C. pundits, and blue-collar folks that are just simply tired of the extreme left and right bullshit."

After describing how media reports prompted him to "take a hard look" at whether there was genuine grassroots support for his prospective candidacy, Ritchie writes that "the one thing I've seen over and over is that although people are unhappy with the government, too few are even registered to vote or do anything about it." As a result, Ritchie insists that he is going to try to get people registered to vote while advancing his ideas about what America needs.

He is also unambiguous about his desire to make money off of the political rumors swirling around him.

"Since the announcement, the media has speculated this was a ploy to sell shirts or promote something," Ritchie writes. "I can tell you, I have no problem selling Kid Rock shirts and yes, I absolutely will use this media circus to sell/promote whatever I damn well please (many other politicians are doing the same thing, they just feed you a bunch of bullshit about it)."

After adding that the proceeds raised through the sale of said merchandise will go toward "register to vote" drives, Ritchie speculates that "the democrats are 'shattin’ in their pantaloons' right now . . . and rightfully so!"

He finishes his statement, "We will be scheduling a press conference in the next 6 weeks or so to address this issue amongst others, and if I decide to throw my hat in the ring for US Senate, believe me . . . it’s game on mthrfkers."

According to a statement orally relayed to Salon by Sarah Anderson, the communications director for the Michigan Republican Party, "we have not been in contact with Kid Rock."