Despite what the President of the United States says, profits and subscriptions are up at the paper 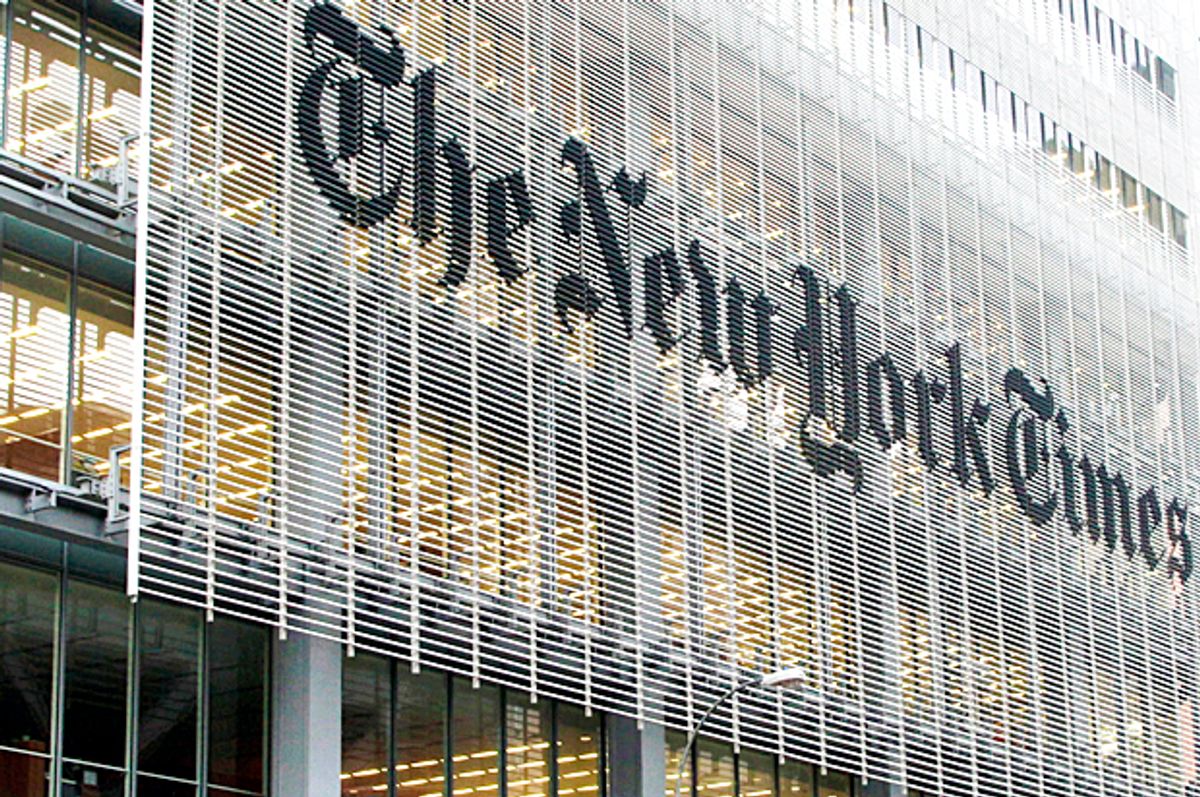 President Donald Trump and his many official mouthpieces can't seem to go a week without casting The New York Times as a moribund, doomed publication. "The failing New York Times" has become a familiar verbal nugget in the commander in chief's many 140-character diatribes against the paper for what he perceives as "unfair," "fake news" reporting on his policies, statements and past possible dealings with Russian officials.

And yet, a new report suggests that the paper is more profitable and popular since Mr. Trump's election than it has been at any time in recent memory.

In a statement released today, the Times claimed that it currently has more subscriptions to the paper — both online and on paper — than ever before. Now boasting 3.3 million subscribers, the Grey Lady has apparently doubled its number of digital subscriptions from 1 million to 2 million over the last two years.

Revenue and profits are up as well at the Paper of Record. Revenue from all sources — advertising, subscriptions, sponsored content, etc. — rose a full nine percent in the second quarter of 2017 compared to the same accounting period last year. Interestingly, while total advertising income jumped 22.5 percent, revenue from in-paper advertising was down 10.5 percent, perhaps a mark of the paper's digital future.

While layoffs — particularly at the copyediting desk — and other troubles still loom for the nation's most well regarded paper, the report paints a picture of a publication in strongly improved economic health.

This all runs counter not only to the narrative that President Trump and his many fans and official spokespeople have pushed both in the media and on Twitter, but some of the general accepted wisdom about print media in general. While many column inches and dinner-party conversations have been exhausted speaking to the upcoming death of print or the looming demise of legacy publications such as the Times, the figures above seem to bear out a different reality.

Said Times CEO and president Mark Thompson, “We believe that more and more people are prepared to pay for high quality in-depth journalism that helps them make sense of the world.” If the paper's numbers are to be trusted, that's not merely a belief but a welcome fact.