WATCH: Is the right to die the "ultimate freedom"? Did Charlie Gard's parents get justice? 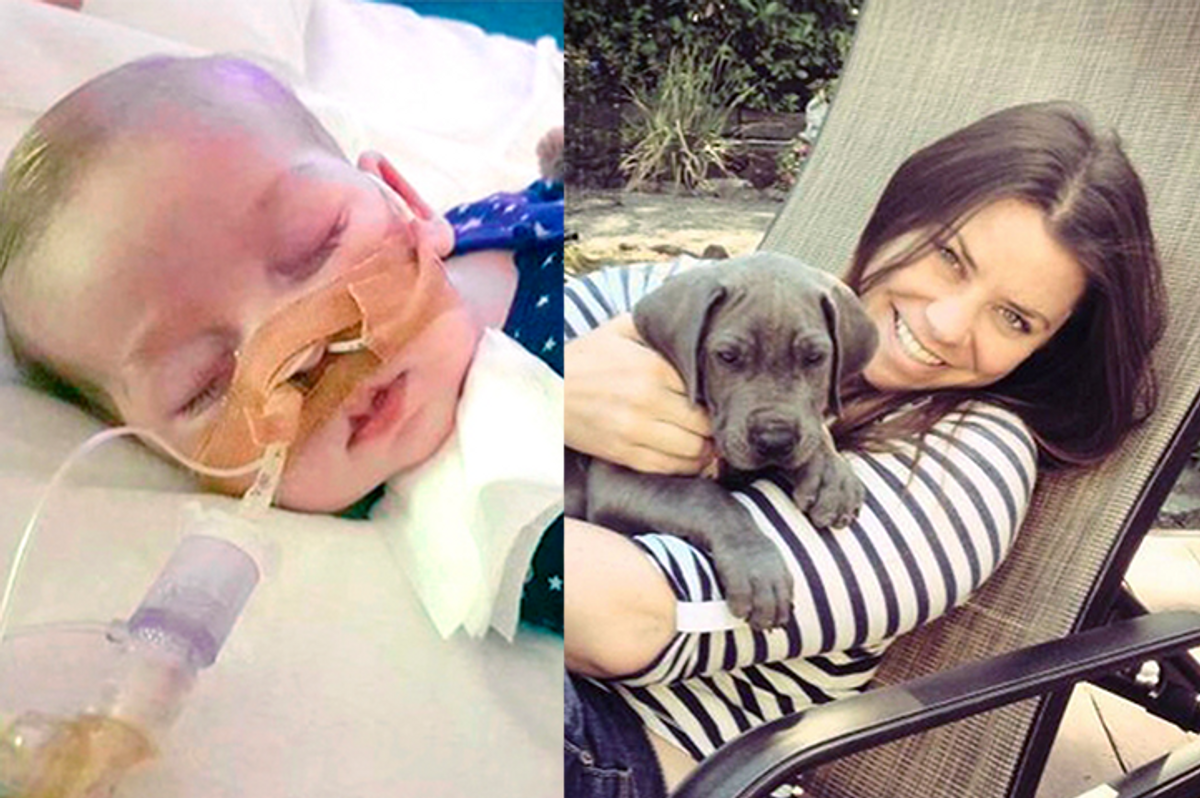 With the recent case of terminally ill British infant Charlie Gard drawing attention from figures as disparate as President Donald Trump, Cher and Pope Francis, the "right to die” has become a highly covered and divisive issue. My Salon colleague Amanda Marcotte and I hosted a Salon Talks session on the legal, ethical and societal issues behind assisted-suicide policies.

Courts intervened in this case and to override the parents' desire to explore an experimental treatment. Typically courts intervene in cases of child abuse or neglect, not to order a child off life support. Did the system act justly?

Marcotte: I don’t think anyone thinks the parents are the bad guys here. Unfortunately, what happens sometimes is we want something to be true so badly we talk ourselves into believing that it is. They weren’t abusing their son, and I think we should all be very clear about that. But what they were not able to do in their grief was act in his best interests; I believe in the courts, and the hospital agreed.

What role does media and pop culture play in the debate over the right to die?

Marcotte: What the public understands about medicine and science and what is true is vastly different, and unfortunately, it’s made worse -- I hate to say it -- by a lot of Hollywood treacle and uplifting Lifetime movies that imply that the odds being against you just need a little pluck and willpower to be overcome.

How do you foresee the government, whether state or federal, impacting the "right to die" in the future?

Sheffield: The fact that we don’t allow a marketplace for organs is for this reason: to prevent the commodification of the human body. ... The states that have death-with-dignity laws -- the fact that it is in a patchwork of states means to me suggests that it’s probably queuing up for a Supreme Court battle at some point. Because, let’s face it, as much as a conservative wants to argue about states’ rights … a lot of them would say that at a federal level this should actually not be allowed.