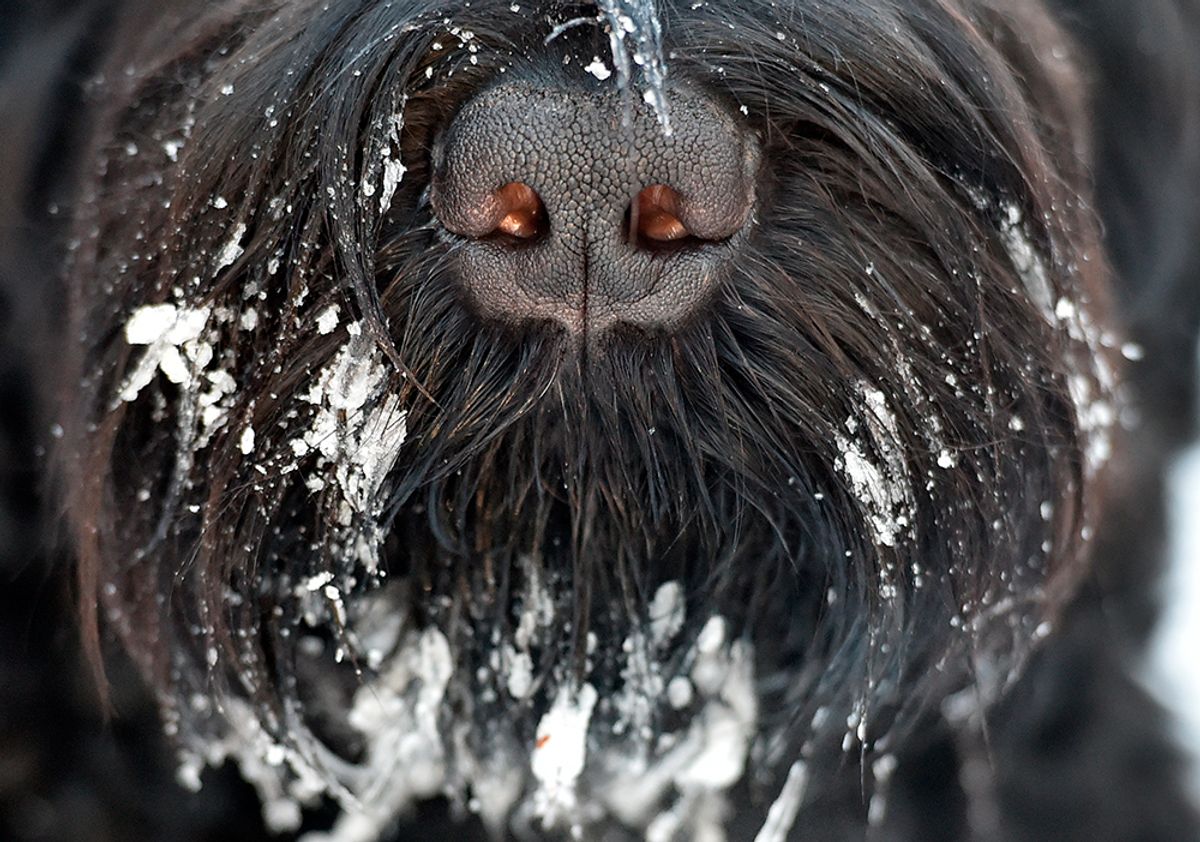 Dogs were the first animal to cohabit with humans, and modern research increasingly reveals the many ways in which humans and dogs have grown in tandem for thousands of years. New research out this week reveals that has likely been the case since the Early Neolithic period in ancient Europe, which dates the canine-human relationship back much further than previously theorized. New DNA research published this week in the journal Nature Communications shows modern dogs likely came from a single pack of wolves between 20,000 — 40,000 years ago in Eurasia.

While previous studies suggested there may have been two separate instances of wolf domestication, the new study notes that most dogs of today can be traced back to a single Ancient European dog genome. While the study narrows the origins of dogs down to a 20 thousand year period, the exact location and timing remains a mystery.

Science has shown that the relationsihp between dogs and humans has always been a mutual one, and our ancient ties likely began because of a few hungry and particularly friendly wolves.

1. A genetic mutation made some wolves (and dogs) want to cuddle with us and be our friends

Dogs like to stay closer to humans and gaze at us longer than wolves do, a new study of canine genetics at Princeton University observed. And, the likelihood of an animal doing this correlates with that animal's given DNA.

As an article in the LA Times about the new study notes, similar genetic mutations in humans are linked with a rare developmental disorder called Williams-Beuren Syndrome (WBS).

“People with WBS are typically hyper-social, meaning they form bonds quickly and show great interest in other people, including strangers,” the Times piece notes.

In the study, researchers found that the more social dogs and wolves had similar mutations in three genes called GTF2I, GTF2IRD1 and WBSCR17. Those same genes have been observed in other studies to cause increased social behavior in mice and are thought to do the same thing in humans.

2. Dogs probably domesticated us, not the other way around

Some scientists theorize that friendly wolves sought out humans. They probably made the first move in our thousands-of-years-old relationship, as a 2013 National Geographic feature details.

The article explains that the theory that humans used dogs to hunt doesn’t hold much water because humans were “already successful hunters” without wolves, and didn’t tend to be friendly towards other carnivorous species. It theorizes that friendly wolves likely made the first move, and sought out human relationships:

Over time the physicality of those friendlier wolves changed.

“Domestication gave them splotchy coats, floppy ears, wagging tails. In only several generations, these friendly wolves would have become very distinctive from their more aggressive relatives.”

3. Dogs and humans ate together as we evolved, so our digestion has developed similarly

As researchers on a 2013 study of dog genetics explain, there are a number of corresponding genes in dogs and humans particularly when it comes to processing food.

In both of our species, the genes responsible for metabolism and digestion, such as the genetic code for cholesterol, changed similarly. Researchers theorized those changes could be due to dramatic changes in the proportion of plants vs meats dogs and humans were consuming around the same time.