Analysis: GOP failure to replace the health law was years in the making 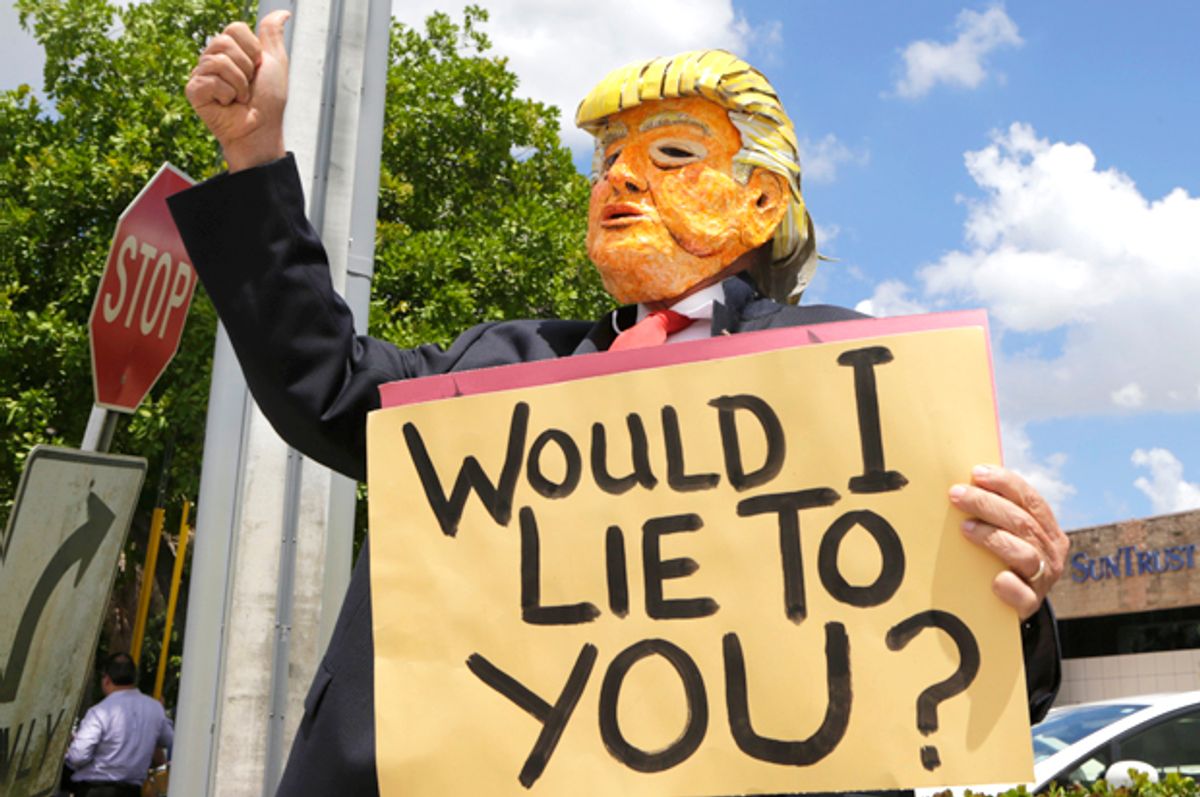 Seven years of Republican vows to “repeal and replace” the Affordable Care Act came to a crashing halt Tuesday, when it became clear that the Senate could not muster the necessary votes for any of three separate proposals that have been under consideration.

The failure, at least for now, breaks one of the key promises Republicans have made to their voters since 2010, when the ACA first became law.

“This has been a very challenging experience for all of us,” Senate Majority Leader Mitch McConnell R-Ky. told reporters Tuesday afternoon. “It’s pretty clear that there are not 50 Republicans at the moment to vote for a replacement for Obamacare.”

Monday night’s declaration of opposition by conservative Sens. Mike Lee R-Utah and Jerry Moran R-Kan. effectively scotched even the chance to start debate on the version of a bill unveiled last week.

McConnell added that the Senate would vote early next week on a plan, originally approved in 2015 and vetoed by President Barack Obama, that would repeal parts of the health law. That approach would delay the effective date for two years to give lawmakers time to come up with a replacement.

However, the opposition of moderate Sens. Susan Collins R-Maine, Shelley Moore Capito R-W.Va. and Lisa Murkowski R-Alaska ensures that vote would fail, too.

“To just say ‘repeal and trust us, we’re going to fix it in a couple of years,’ that’s not going to provide comfort to the anxiety a lot of Alaskan families are feeling right now,” Murkowski told reporters.

In retrospect, Republicans’ inability to overhaul the health law should not come as much of a surprise. Here are some of the reasons:

1. It’s hard to take things away from people.

Once launched, federal programs that provide people with benefits they find important and valuable are very difficult to rescind. In the case of health care, people’s lives can be at stake. In the current debate, patients who feared what would happen to their health coverage made their concerns known — loudly — to lawmakers.

2. Republicans have long been divided on health care.

Republicans’ dirty little secret the past seven years is that the only thing they fundamentally agreed on when it comes to health care was the slogan “repeal and replace.” There’s a reason they failed to have a plan ready when Donald Trump was elected president — all efforts to reach a consensus had thus far failed.

“I did not come to Washington to hurt people,” said Capito in a statement. “I have serious concerns about how we continue to provide affordable care to those who have benefited from West Virginia’s decision to expand Medicaid.”

But the more conservative members, notably Sen. Rand Paul R-Ky., have other priorities. “All of us promised we would repeal Obamacare,” Paul told reporters Tuesday. “If you’re not willing to vote the way you voted in 2015, then you need to go back home and you need to explain to Republicans why you’re no longer for repealing Obamacare.”

President Trump has been all over the place in what he said he wanted from a health bill. It was his original insistence that “repeal and replace” happen simultaneously that moved Congress away from its 2015 strategy of repealing first and replacing later. He hosted a celebration in the White House Rose Garden when the House passed its bill, then subsequently called the measure “mean” during a strategy meeting with senators.

When it became clear Monday night that the Senate effort was foundering, Trump tweeted: “Republicans should just REPEAL failing ObamaCare now & work on a new Healthcare Plan that will start from a clean slate.” But within hours he instead suggested, “As I have always said, let ObamaCare fail and then come together and do a great healthcare plan.”

The president “gave them an impossible assignment with his promises (more, better, cheaper for all) and neither policy nor bully pulpit help at crunch time,” said Len Nichols, a professor of health policy at George Mason University. “And now he’ll blame them for failing.”

Added Thomas Miller, of the conservative American Enterprise Institute: “We now have a randomized clinical trial that proves one cannot lead and govern via Twitter.”

Health care has not traditionally been a major voting issue for Republicans, and thus it has been a low priority — compared with issues like taxes and trade — for the officials they elect.

Adding to the complexity is that the Republicans’ bench is nowhere near as deep as the Democrats’ when it comes to health policy expertise. Democrats have toiled on these issues for years. Even before the Affordable Care Act, many had served in Congress for decades and learned from the mistakes that were made on efforts like the failed health bill under President Bill Clinton.

5. Some parts of the ACA really are popular, even among Republicans.

The requirement for most people to have insurance or else pay a fine — the individual mandate — has consistently been unpopular among voters of all political stripes. But many other major provisions of the health law, such as guaranteeing coverage for people with preexisting conditions, remain broadly popular.

In fact, in recent months, the Affordable Care Act has been growing in popularity. Most polls show it’s more than twice as popular as GOP efforts to overhaul it.

“Republicans have to admit that some of the things in the ACA we actually liked,” said Murkowski.