In his recent Twitter rant, Trump didn't seem to recall the recent history of his own failed health care bill 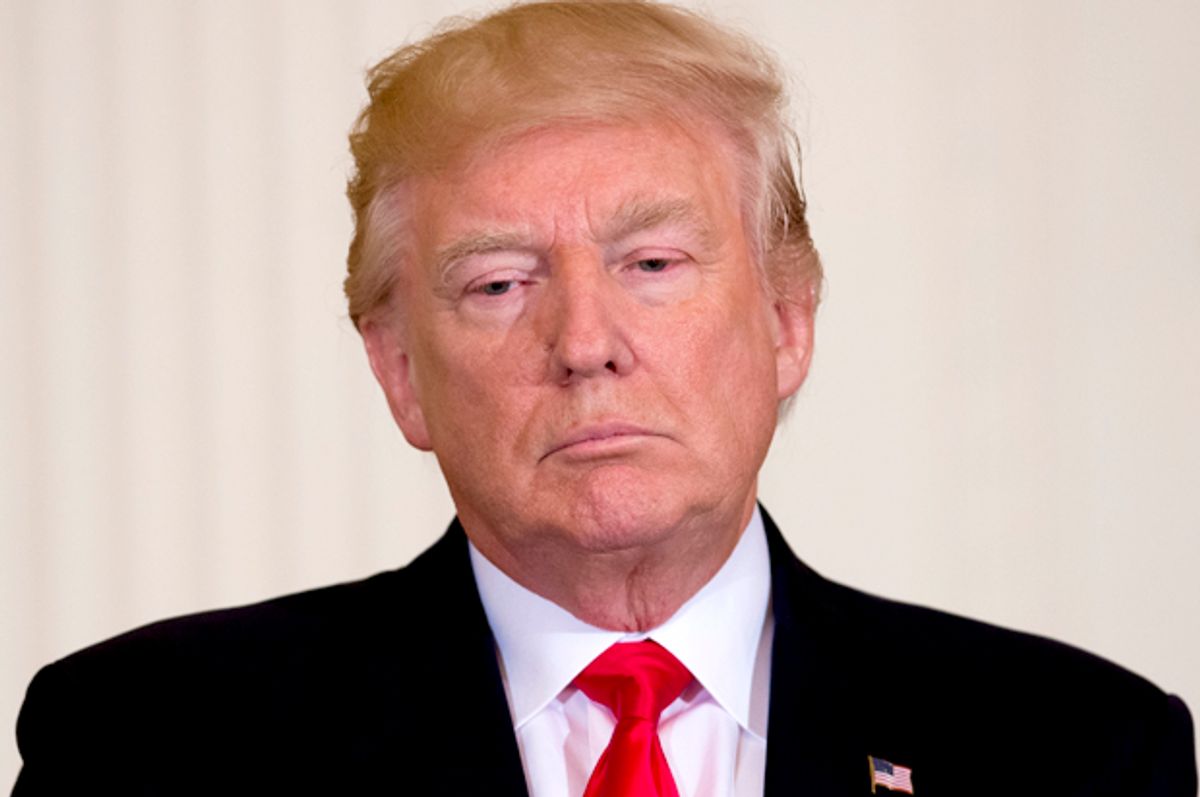 If President Donald Trump's recent tweets are to be taken at face value, then he has little understanding of why his attempts to repeal Obamacare failed to deliver.

As Nate Silver of FiveThirtyEight astutely pointed out, there were a number of factors that contributed to the GOP's failure to repeal Obamacare. The process by which they drafted the several bills under consideration were heavily criticized for lacking transparency, there were fierce divisions within their own party over how to proceed and the repeal movement itself was incredibly unpopular.

Indeed, the bill barely got to the Senate in the first place. When the House of Representatives successfully passed an Obamacare repeal bill in May, it did so with just 217 votes — one more than the bare minimum required to pass the legislation. Even then, the bill was passed with the widespread expectation that it would be heavily revised in the Senate, with the hope that that body's version would somehow be able to please both moderates and hardline conservatives.

That never happened, as indicated by the fact that multiple versions of the Senate health care bill failed to pass before the final one that was tanked by Sen. John McCain of Arizona on Friday morning. Indeed, reports indicate that many Republican senators are privately relieved that the bill didn't pass, since the health care debacle seemed like a lose/lose proposition for their party.

If Trump had spent more time paying attention to how the legislative process works and less time undermining his own chief of staff, he might have known these things.