Republicans still don't know what they want to do on health care, but one option is going across the aisle 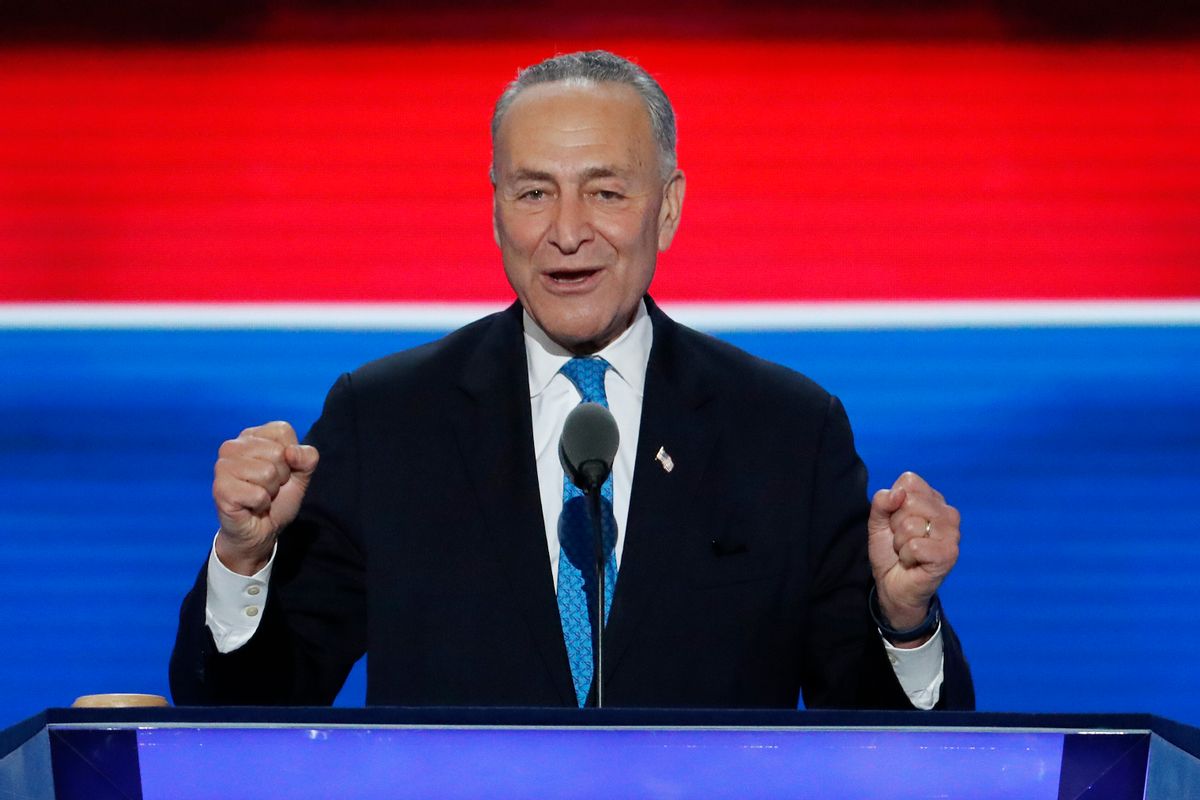 After Republicans' efforts to pass a minimalist overhaul of the Affordable Care Act went down in the Senate early Friday morning, party leaders appear ready to move on to alternative approaches and issues. It's still unclear as to what the GOP wants to do, however.

In an emotional speech from the Senate floor, Mitch McConnell, the GOP's leader in the chamber, called the 49-51 vote "clearly a disappointing moment." The Majority Leader then turned congressional Democrats to offer their ideas for repairing some of the problems of the Obamacare law which have led to insurers leaving markets in several states and increased costs for some individual market customers.

"I imagine many of our colleagues on the other side are celebrating, probably pretty happy about all of this," he said. “Now I think it’s appropriate to ask, what are their ideas? It’ll be interesting to see what they suggest as the way forward."

McConnell then appeared to reverse himself on the issue of providing federal assistance to insurance companies who have faced large costs in rural markets, leading to several states having only one company offering plans to customers in the federally subsidized health care exchanges. Next year, several states are at risk of having no companies willing to offer plans, according to the Kaiser Family Foundation.

"For myself I can say — and I bet I’m pretty safe in saying for most on this side of the aisle —  that bailing out insurance companies with no thought of any kind of reform, is not something I want to be part of," the GOP leader said.

“If my side is unable to agree on an adequate replacement, then some kind of action with regard to the private health insurance market must occur,” McConnell said at a Rotary Club in his home state of Kentucky. “No action is not an alternative. We’ve got the insurance markets imploding all over the country, including in this state.”

In a tweet shortly after the Senate's failure to repeal the law's individual and employer mandates, President Donald Trump reverted back to the long-standing conservative idea of letting the individual market health care exchanges collapse.

Hours later, Trump returned to Twitter and called for the end of the Senate's filibuster tradition of allowing any member to force the chamber to pass legislation with 60 votes instead of a simple majority.

Ending the filibuster is still a highly controversial proposition among senators of both parties but the chamber has been gradually moving in that direction in recent years. In 2013, then-Democratic leader Harry Reid ruled that nominations for lower-level federal judgeships and high-level political appointees could not be subjected to filibusters. Earlier this year, McConnell expanded upon that declaration by saying that Supreme Court nominations could pass with a majority of the votes.

While McConnell does not appear ready yet to work on bipartisan fixes to Obamacare, other Republicans have been more conciliatory toward Democrats. About 40 House members of both parties have been quietly meeting together to discuss ways to repair the Affordable Care Act, Politico reported Friday. The discussions have taken place for about a month and with no attempts to gain publicity for them.

Senate Health Committee chairman Lamar Alexander said Friday morning that he had already been working with Democrats on setting up hearings to discuss what was needed to stop costs from spiraling out of control in some of the health care exchanges.

"There's a lot of problems with Obamacare, we need to fix it, not repeal it," Rep. Tom Cole, one of the few more moderate Republicans in the House of Representatives, said during a Friday morning MSNBC interview. "OK, let's see what your fixes are. I think we should sit down with an open mind and listen to them."

But even if both parties are able to come to agreement on repairing Obamacare, the many months the GOP has spent on the issue with no results may mean that costs next year are going to go up, according to South Dakota Republican Sen. Mike Rounds.

“We can always start, the problem is the timing. We don’t have — it’ll be very difficult to get it done in time to impact rates next year,” he told The Hill. “What I’m really worried about is I’m afraid the prices will probably rise well over 20 percent.”