Republicans are privately relieved that their health care nightmare is over

Privately, Republicans are glad their health care disaster comes to an end 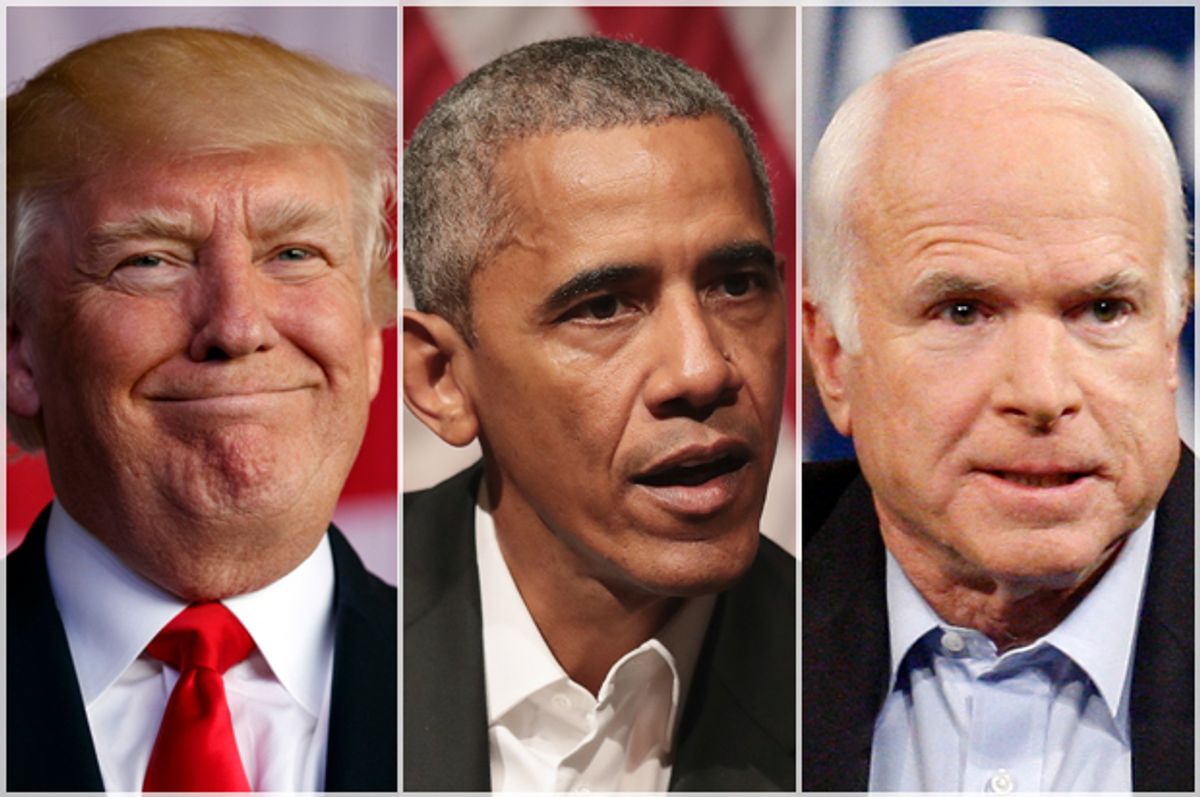 While Sen. John McCain is being hailed as a hero — or a villain — for voting against the Senate's final Obamacare repeal measure, a number of of McCain's Republican colleagues are secretly grateful that he did so.

"I think the repeal effort is now done," NBC political host Chuck Todd said on "Today" Friday morning, adding that insofar as a strictly GOP-led repeal effort is concerned, that movement is "dead."

Todd then presciently added, "There’s a good dozen Republican senators this morning that are relieved John McCain took one for that team."

“There’s a good dozen Republican senators this morning that are relieved John McCain took one for that team.” @chucktodd on Obamacare repeal pic.twitter.com/KTbSumDJga

There are sound political reasons for Republican politicians to have felt this way. Outside of their own base, the opposition to repealing Obamacare was overwhelming, and the repeal efforts have actually been a flat-out liability to the GOP for some time. Congressional Budget Office reports repeatedly found that some 20-plus million Americans would lose their insurance under a repeal — either on its own or with a Republican bill replacing it — and it is fair to assume that, once that happened, the already-unpopular movement would have become even more detested.

In short, from a strictly political standpoint, the Republicans had little to gain and quite a bit to lose from repealing the Affordable Care Act. While the main takeaway here is that it vindicates Obama's landmark health care law, it also teaches a valuable lesson about the limits of partisanship.

You can be as partisan as you want in opposing a president from the other party, but if you can't deliver goods that will actually help people — or at least avoid hurting them on a massive scale — self-preservation will often require you to back down.