Republicans are starting to call for Mitch McConnell's head 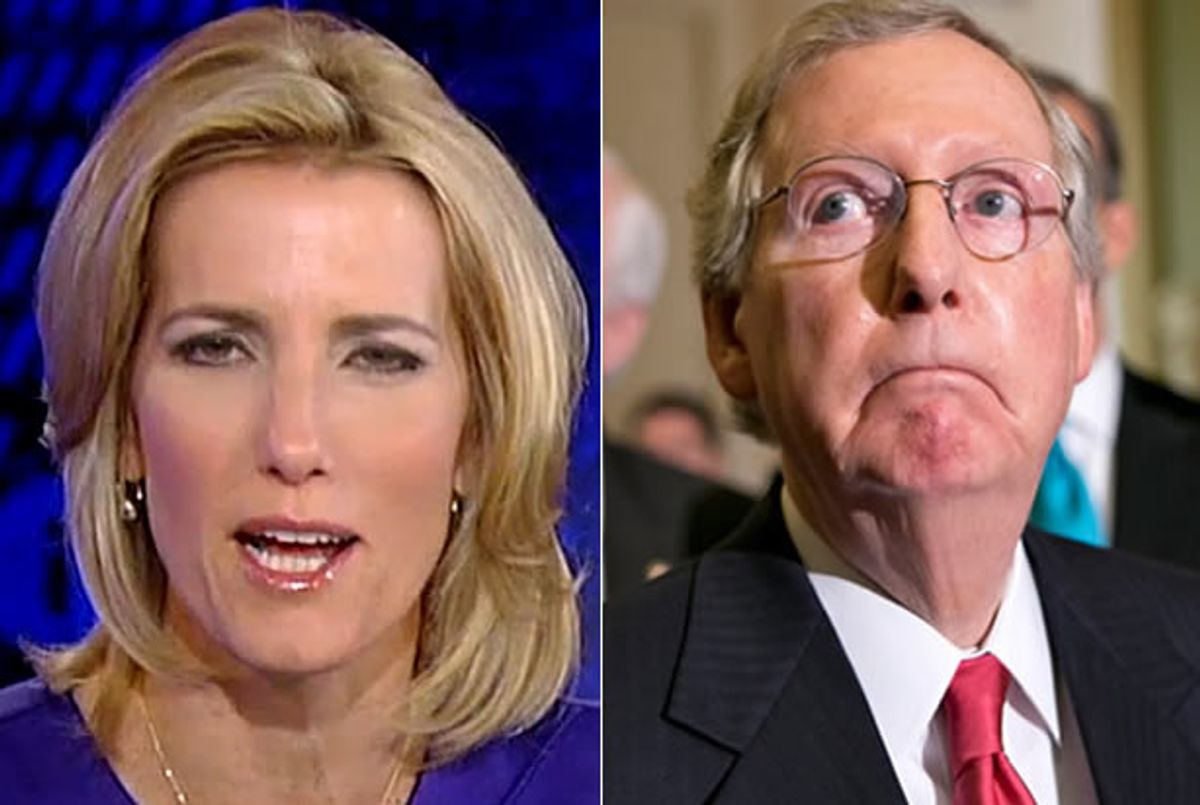 Mo Brooks, a congressman from Alabama who is trying to upgrade to the Senate in a special election, on Friday repeatedly called for McConnell to step down from his position.

“If I were Mitch McConnell, I would resign," he said during an interview with Fox News.

Speaking to CNN, Brooks tried to pin the party's internal dysfunction squarely on McConnell, saying that the Senate leader has proven himself unable to push through President Donald Trump's agenda. More than six months into Trump's presidency, the GOP has not managed to pass any major pieces of legislation.

"Unquestionably the leadership at the top is responsible," Brooks said on CNN. "The buck stops there — that's why you take on that kind of responsibility. If Mitch McConnell cannot get the job done on this, how is he going to get the job done on the rest of President Trump's agenda over the next three-and-a-half years? This is a killer."

Attacking McConnell has long been a favorite pastime of far-right Republicans and in Brooks' case, it's a strategy to try and bring attention to himself in the highly contested race to fill the Senate seat which Jeff Sessions held before he was nominated to be the Attorney General.

In a survey conducted two days ago by the Alabama political consulting firm Cygnal, Brooks was a distant third behind Luther Strange, the temporary occupant of the seat. According to the poll, 33 percent of respondents supported Strange. Just 16 percent supported Brooks.

Strange is the favorite of the GOP's business-centric elite as well but Brooks has been unable to consolidate support among the state's far right voters because Christian supremacist and former Alabama judge Roy Moore is currently attracting more support. In the Cygnal survey, 26 percent of respondents said they back Moore.

It's unclear how many, if any, other elected Republicans will join Brooks' call for McConnell's resignation but LifeZette, the political commentary website started by conservative radio host Laura Ingraham appears to be trying to drum up support for forcing the Kentucky Republican out of leadership. Ingraham's talk radio colleague Mark Levin also called for McConnell's ouster on Friday.