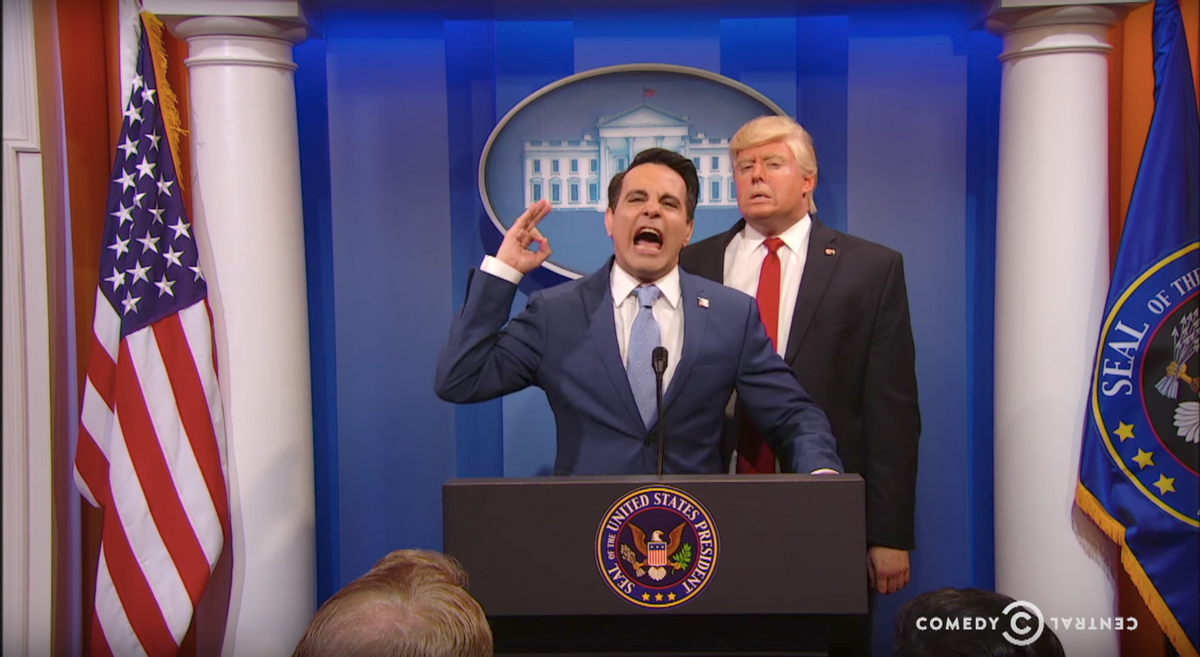 A lot of names have been thrown around recently as possible impersonators of Anthony Scaramucci, the swaggering White House press secretary who found himself in hot water Thursday after making incredibly vulgar comments about fellow Trump staffers.

"I would like to introduce you to my favorite team member, who I will eventually betray, Anthony Scaramucci," Atamanuik says in his perfect Trump impression.

Cantone, most known for playing Anthony Marentino on "Sex and the City," then enters the room, blowing kisses at the press corps.

"I'm going to fire so many people. I don't know who it is going to be . . . Reince," Cantone says during his introduction. "But I am going to get to the bottom of the leakage in the White House. Do you hear me Reince?"

"There's an old Italian expression my mother used to use when somebody hurt her. She'd say, 'Stick the umbrella up my ass, but don't open it,'" he adds.