"He stabbed a fork into my hand": Dave Davies on The Kinks' brotherly love

Salon talks to one-half of the the seminal English band about family, music and the sense of humor that binds them 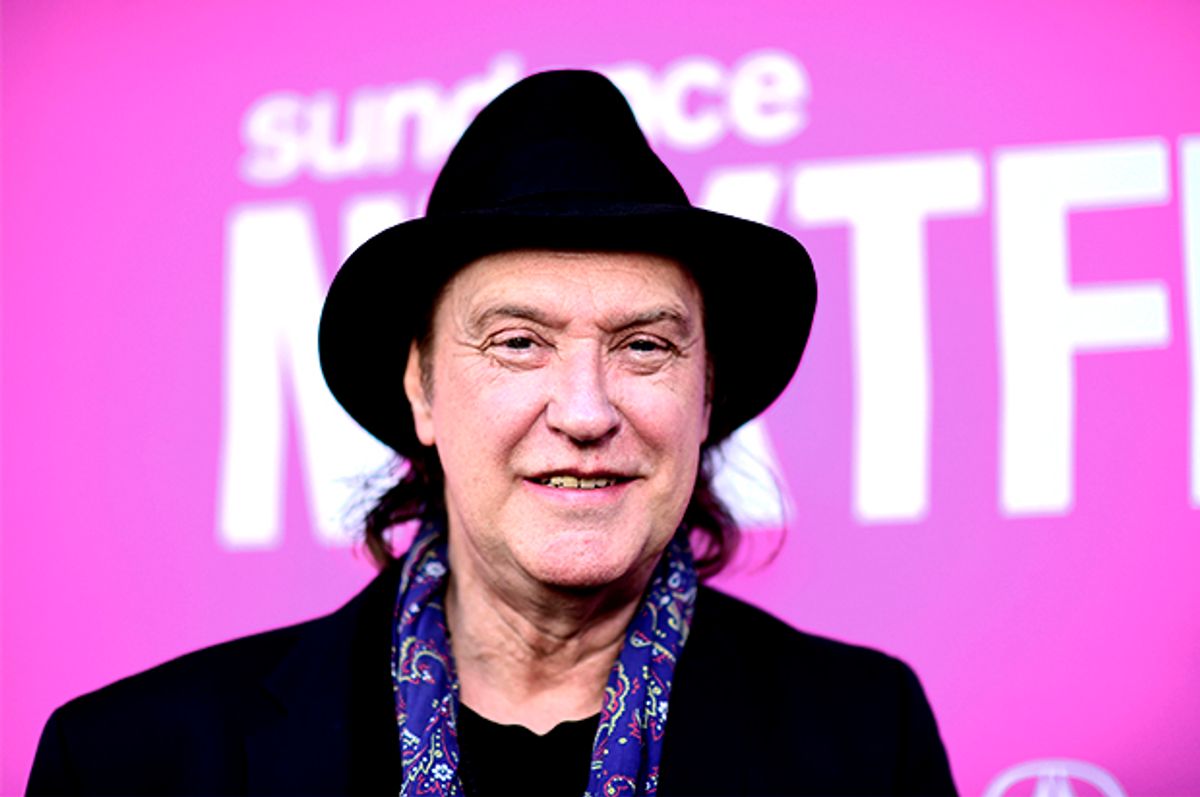 Ray Davies is seen as the face of The Kinks, but the band wouldn’t have existed without Dave Davies, the youngest of the eight Davies children. Quite literally! He started the band before allowing Ray to join. There’s also the fact that Dave’s distinct guitar work and edgy vibe were as much a part of The Kinks’ DNA as Ray’s sardonic wit or spry melodicism.

We sat down with Dave Davies recently to discuss which records influenced that signature sound early on, realizing that music is hard, and the offense that caused his brother to stab him with a fork.

You’ve spent decades working with your brother, and you just recently did another album with your son Russ. Music is a family affair for you, but did it start that way? Was it always a familial thing?

There was so much music in our household, with six older sisters and an older brother. I was the eighth kid in a big working class family. My sisters were always playing everything from Perry Como to Doris Day to Frank Sinatra. Of course when it really started to get interesting was when I heard Hank Williams and Slim Whitman. One of my sisters was a big Slim Whitman fan.

The first record I ever bought was “Ballad of a Teenage Queen,” by Johnny Cash. I got the record home, and I was excited to play the first record I bought with my own money, and I flipped it over and “Big River” was on the B-side! I heard that guitar, what a great riff! I thought, “What is this? They’ve got this on the B-side?!” That got me into B-sides. I would get Ventures records, and the first thing I would do is flip it and see what they were doing on the other side. I was a big B-side freak.

Eddie Cochran. He had the pose, he was fashionable, and he was quite ahead of the game as a guitar player. If you play “Something Else” by Eddie Cochran now (gasps) — it comes to life instantly. Chuck Berry changed the whole thing again with his poetry and his lyrical playing. It was momentous as a young boy trying to learn a few riffs. It was the pure, utter enjoyment of learning things I liked from other people. Most of them were American records. American records were important in England.

I’ve heard so many British rock bands from that era say, “We were just trying to play blues music, but we didn’t know how since we weren’t American.”

It’s kind of true in a way. I don’t think people realize how important the blues was to people like us young Englishmen. We’d never heard anything like it! They were the prime influence along with skiffle, which sort of bridged that gap between blues and rock.

Hank Williams was also really important. I regarded him a rock and roller, even though the instrumentation was different. The emotions, the grit, the subject matter, the pain, and the humor was early rock and roll. Look at the type of songs that Hank Williams was writing about. It was happening in north London in work class families. They were suffering pain and social injustice. It was an incredible influence on us young English guys growing up, trying to grapple with the blues.

Was there a moment where you were learning guitar? ... I’m assuming your brother was doing —

The same thing, just in a different room!

Yeah, so learning these things separately, how did it come about that you guys said, “Hey, let’s play music together?”

I don’t know! We just sort of grew together with the playing. We loved The Ventures and Johnny and the Hurricanes, so Ray and I used to play a lot of instrumental duo stuff together. Then there was Chet Atkins, with those weird chord inversions he used which he picked up from those country players. We didn’t know what they were, so we were trying to copy them with our fingers stretched all over the fretboard!

How old were you when you started doing more than just copying and tried to write your own riffs?

It came right around about 14. Ray is three years older. We’d play some Ventures tunes in my dad’s pub, but then we mess around with writing songs. When you’re starting out, you borrow a bit from there and a bit from there. I thought, “It can’t be that hard!” We didn’t know, but it is!

It’s interesting that you say “it can’t be that hard.” I’ve found that when a lot of people first start making music, it’s not that hard. Because you think it’s not. Then the more you learn, the harder it gets.

It’s true! I remember the first five chords and the first few riffs I learned from Chuck Berry and Eddie Cochran. I thought we knew it all. I said, “Music? Got it!” But then we got in the studio, and you learn about phrasing. “What is that? I don’t know how to do that!” You’d try to do solos, and it’s like, “What the hell do I do?” Sometimes you get lucky. How many wrong notes do you play? What is a wrong note? Sometimes when you don’t know what you’re doing, you do know in some strange way.

That’s one of the things I love about your early work. It sounds so visceral.

How do you feel about the records where you had more time? Eventually The Kinks didn’t have to just go in the studio and bang out a single.

The early singles, you had three hours for the A-side and the B-side. There’d be an EP if you’re lucky. It was a good way to learn, to craft what was to come next. So when albums like [“The Kinks Are the Village Green Preservation Society”] and “Arthur” came along, it was great. That was such an interesting time. The craft of how to record a song suddenly emerged on the horizon. When the record companies started taking The Kinks more seriously, we could make proper albums. You have to learn how to record rather than just make music. It’s very different.

As that progressed, how did that affect your relationship with your brother?

Oh, things were always up and down. I don’t know if you’ve got brothers, but ... it’s just life. Even things like coming home from school and having lunch. I stole a french fry off his plate, and he stabbed a fork into my hand. It’s just what happens with people who grew up in those days. You’re always so close, getting on each others nerves. “Leave me alone! Go away!” In another respect, I learned so much from listening to people like The Everly Brothers. It couldn’t have been much fun for them either, but their music was immense.

You hear people talk about family and say, “I love my family; everything is great!” But some of the best music from families came from —

Problems — like difficulties Ray and I had just growing up together. Even him cheating at tennis; everything! But then when you think through the history of Kinks music, so much of it is drawn from that family. The characters! Though the names might be changed, the people we drew inspiration from were family. “Muswell Hillbillies” and “Village Green,” it’s very family-oriented.

A big, big thing was the humor. The Kinks’ sense of humor really did open up the music to a bigger vista. Humor makes you think differently, and it can highlight something in a more poignant way. Humor has always been a central part of Kinks music. Ray and I are so different, even growing up. Totally different ways of looking at the world, yet there was a telepathy. With humor, we’d just have to look at each other and burst out laughing. It would just be someone’s funny shoes.

There’s themes that have always been very important to The Kinks music, like love and loss and isolation and abandonment. There are these things we all go through, and we tried to explore it. Ray is a great observer of people, and he always had this uncanny knack for being able to say the right thing at the right time. There are so many elements involved.

Absolutely not! I thought, “Do it now while we think of it, because it might not be there in a year’s time.” I kind of still think like that. I get an idea, and I write it down. I’ve always had that feeling like you never know what can happen. Especially in The Kinks’ career, the up and down thing. You get incredible success, and two years later nobody wants to know you. What a fickle world we live in. So you just keep bashing away, doing what seems natural to do. Once you start losing that feeling of emotional connectedness to music, you should give up.